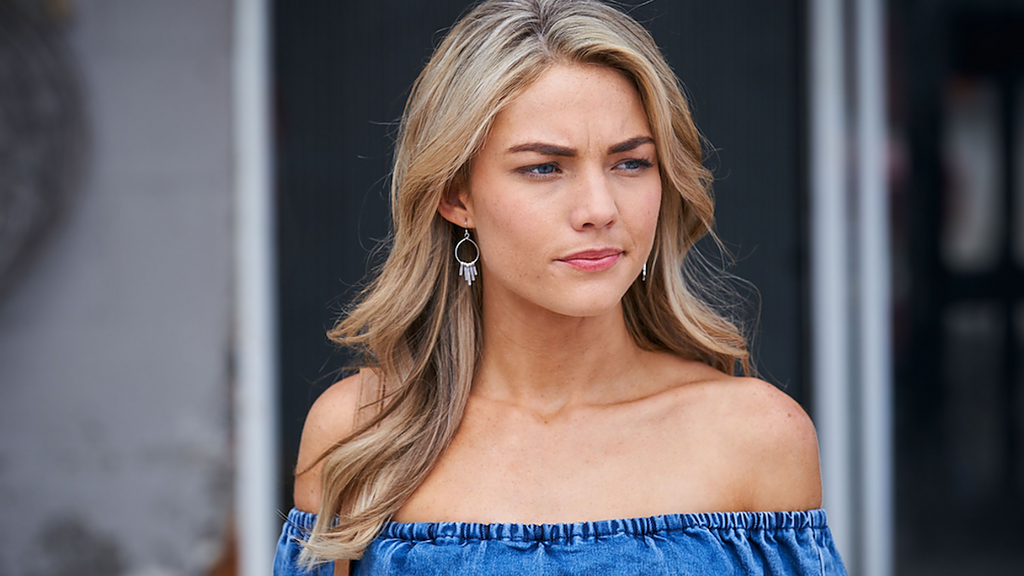 Channel Seven has made a statement following the Sam Frost shitshow that saw the Home and Away actress yeeting herself off social media after spewing anti-vaxxer nonsense.

A Seven spokesperson said, via Daily Mail Australia: “Seven strongly encourages vaccination for all our people and all Seven productions strictly adhere to the public health Covid-19 safe protocols.

“All Home and Away cast and crew also undertake Covid-19 testing three times a week in addition to other preventative measures.”

The statement went on to address Sam Frost directly, writing: “Sam Frost continues to work on Home and Away and follows the safety protocols in place.”

ICYMI: Over the weekend, Bachelorette / Home & Away star Sam Frost posted an IGTV video asking people to be kind to anti-vaxxers, who she claimed were being treated as “less than human”. She also compared anti-vaxxer experiences to “segregation” and it copped her a fuck ton of backlash for obvious reasons. Really Sam, what on god’s green earth were you thinking?

Fellow Bachie alum Matt Agnew responded to Sam Frost’s video in an Instagram post where he debunked her theories with actual facts.

“Sam Frost has opened up with a lengthy monologue about being unvaccinated,” he began.

“At it’s (sic) simplest, it’s a dog whistle. I don’t want to add to the pile on. What I do want to do is just discuss and challenge a few of the points that were put forward.”

He also called out the hypocrisy of asking for empathy without displaying it to those vulnerable to COVID, before explaining how shit it was for a white woman to use the term “segregation” to describe hostility towards anti-vaxxers.

Frost has since deactivated her social media pages in the wake of the backlash.

The post Seven Has Released A Statement Following Sam Frost’s Anti-Vaxxer Malarkey Over The Weekend appeared first on Pedestrian TV.