Settlers threaten to bring government down over Homesh 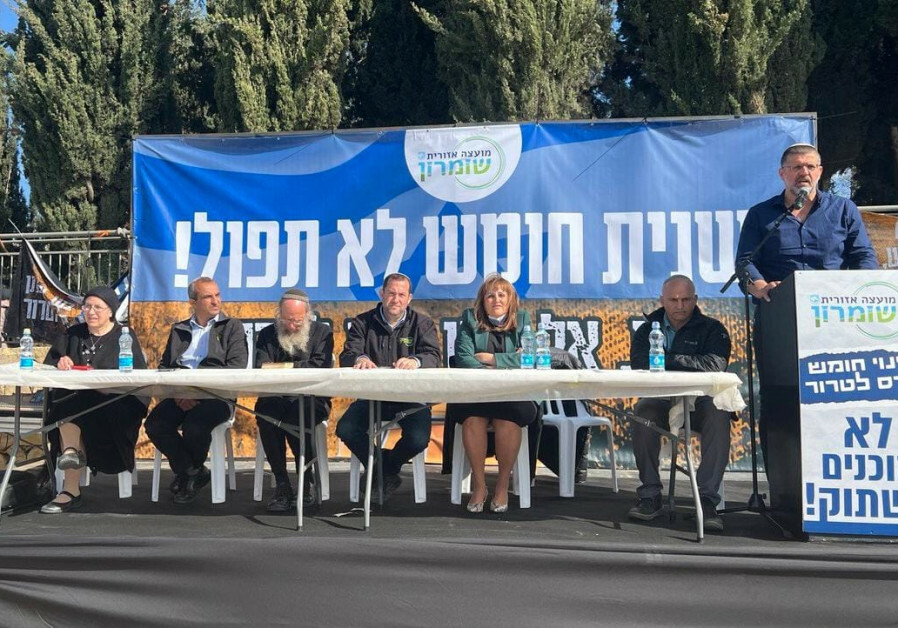 Settlers threatened to bring down the government over Homesh as they held a protest with hundreds of activists outside the Prime Minister’s Office in Jerusalem on Sunday.

“The healing government has become the evacuation government,” called out Samaria Regional Council head Yossi Dagan as he stood on a makeshift stage.

“We are here in front of your office, Prime Minister [Naftali Bennett], because the responsibility is on you.”

“We will sit here all week in a tent, even in the rain,” Dagan said.

At issue for the settler leaders and the hundreds of protesters with them, was the presumption that the IDF plans to demolish the Homesh Yeshiva, located in northern Samaria in the West Bank.

They have asked the government to authorize that seminary and to rebuild the Homesh settlement that it destroyed in 2005 in the aftermath of the Gaza pullout.

Speakers sat on a makeshift stage under the sign “Homesh will not fall again.”

Other signs stated that “the evacuation of Homesh is a prize for terror” and “we are not prepared to be quiet.”

Speakers then took issue with the government’s failure to hook West Bank outposts up to the electricity grid, particularly in light of the Knesset decision last week to do so for illegal Arab homes in the Negev in certain circumstances.

Beit El Council head Shai Alon said, “we have reached the breaking point in relation to this government. We have examined the government according to its deeds and the result is a disgraceful failure.”

Activist Avichai Boaron, an Amona outpost evacuee, said that this “government needs to go home. It has abandoned the security of the residents of Judea and Samaria,” he said.

The small rally began last week when the Samaria Regional Council opened a protest tent by the Prime Minister’s Office.

Parliamentarians Orit Struck (Religious Zionist Party) and Keti Shitrit (Likud) also attend the event. It will be followed by a second one on Monday, in which a number of Likud parliamentarians are expected to stop by the protest tent to lend their support to the campaign.

The terror attack that claimed the life of Yehuda Dimentman, 25, as he left the Homesh Yeshiva last month has breathed new life into the almost 17-year battle to rebuild Homesh, as the first step toward rescinding the 2005 Disengagement in which 21 settlements in Gaza and four in northern Samaria were destroyed.

The original Homesh settlement was built in 1980 on private Palestinian property that belonged to the nearby village of Burka. The High Court of Justice has ruled that the Palestinians in Burka have a right to farm the land in Homesh.