Pacific island countries may halt the use of Australian-provided patrol boats after potentially serious defects were discovered, in a blow to a $2.1bn maritime security program.

The Australian government is now considering how to work with Pacific nations to close any gap in their maritime surveillance activities while the issues – including carbon monoxide entering part of the boat – are resolved.

It is understood the Department of Defence has given Pacific countries advice on how to minimise the risks if they wish to keep using their Guardian-class patrol boats while the manufacturer looks for longer-term solutions.

Some countries are likely to “pause” the use of the vessels.

One of the problems – cracking in the coupling between the engine and the gear box – is believed to have first been discovered in February 2021. Pacific island countries were notified of that issue at the time.

Two other problems emerged during the recent Australian election campaign, but were not disclosed publicly until now.

In early May 2022, concerns were raised that the medical bay in the vessel uses recirculated air, rather than fresh air.

But the most concerning problem, discovered in mid-May, was a fault in the exhaust system. It is understood carbon monoxide was entering a compartment. While this part of the boat is not normally crewed, the issue could still pose health risks.

Pacific island countries were notified formally of the new problems in June.

Australia has so far given 15 Guardian-class patrol vessels to regional neighbours, starting with the delivery of one to Papua New Guinea in November 2018. Other countries to have received them include Tuvalu, Tonga, Samoa, Fiji, Palau and Kiribati.

Solomon Islands – whose recent security agreement with China has alarmed officials in Canberra – has received two of the boats from Australia.

The steel patrol boats are nearly 40 metres long and are used for a range of purposes, including preventing illegal fishing and on search and rescue operations.

In a statement issued on Friday, Defence said it had “recently advised the government of an issue” affecting these boats involving “a potential fault in the exhaust system”.

Other issues that had “emerged over the past 16 months” had remediation plans in place, the statement said.

The patrol boats already delivered were the sovereign property of individual Pacific island nations, so each country would “make its own decision on whether they choose to continue to operate their vessels, or pause operations”.

Guardian Australia has been told that the designer and manufacturer, Austal Australia, has accepted that the problems are latent defects that it will work to resolve.

“Austal and Defence representatives soon will travel to Pacific island nations to assess all vessels and work with Pacific island countries on temporary rectification measures ahead of a longer-term solution,” the statement said.

The boats have been provided under the Pacific Maritime Support Program, which is worth $2.1bn. This overall price tag includes the supply of 22 Guardian-class patrol boats to Pacific countries and Timor-Leste and also includes sustainment and maritime surveillance support.

Australian taxpayers are not expected to foot the bill for fixing the problems, except for the costs of Defence travel to assess the issues.

Pat Conroy, the minister for defence industry, international development and the Pacific, said the problems were “the latest example of how the former Liberal government was all announcement and no follow-through”.

He said the former defence minister Peter Dutton “talked a big game on national security but has left yet another mess in defence capabilities for the new government to clean up”.

“We understand how important these vessels are for Australia and our partners in the Pacific,” Conroy said. “The Guardian-class patrol boats play a critical role in maritime surveillance activities, as well as detecting and deterring illegal, unreported and unregulated fishing.

“The safety of our Pacific partners is of utmost importance and we are committed to working through all challenges together to make sure these boats are safe and operational.”

A spokesperson for Austal said on Friday that the company was “working with the Australian Department of Defence to develop both temporary rectification measures and a long-term solution to an emerging issue with the exhaust systems”.

“The supplier of the vessels’ exhaust systems is also providing technical advice to both parties,” the spokesperson said.

“In addition, Austal is working with its supplier to prevent the issue from occurring on Guardian-class vessels under construction.”

The problems may put a cloud over the schedule for the delivery of seven further boats: one each for PNG, the Federated States of Micronesia, Fiji, Marshall Islands and Samoa, and two for Timor-Leste.

The foreign affairs minister, Penny Wong, announced during a visit to Samoa four weeks ago that Australia would provide the country with a new Guardian-class patrol boat to replace the one that ran aground on a reef last year.

Samoa’s prime minister, Fiamē Naomi Mataʻafa, said at the time that her government was “very appreciative” of the offer to help in the “very critical area of our maritime security”.

It is understood the new Australian government became aware of the problems after that offer was made, amid growing strategic competition for influence in the Pacific.

The prime minister, Anthony Albanese, is expected to be joined by Wong and Conroy at a key regional event – the Pacific Islands Forum – in Fiji in mid-July.

The Australian government anticipates that China will step up its push to expand influence in the Pacific. A senior government figure privately conceded last week that Canberra had a lot of work to do to regain lost trust and strengthen regional unity.

Labor promised during the election campaign to double Australia’s $12m in annual funding for aerial surveillance activities under the Pacific Maritime Security Program to help the region combat illegal fishing.

It plans to consult Pacific countries about options for boosting aerial surveillance, such as increasing flying hours and the number of aircraft, improving sensors and using drones. 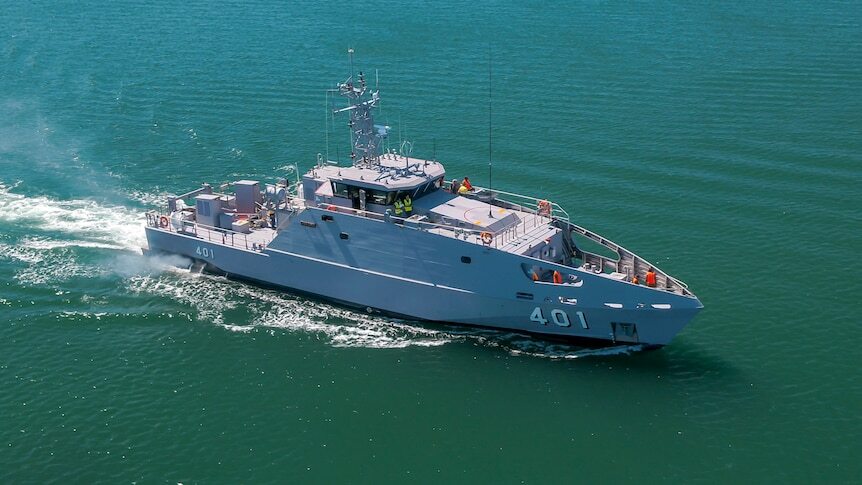 Friday: Serious defects have been found in patrol boats provided as part of $2.1bn Pacific security deal. Plus: the top…