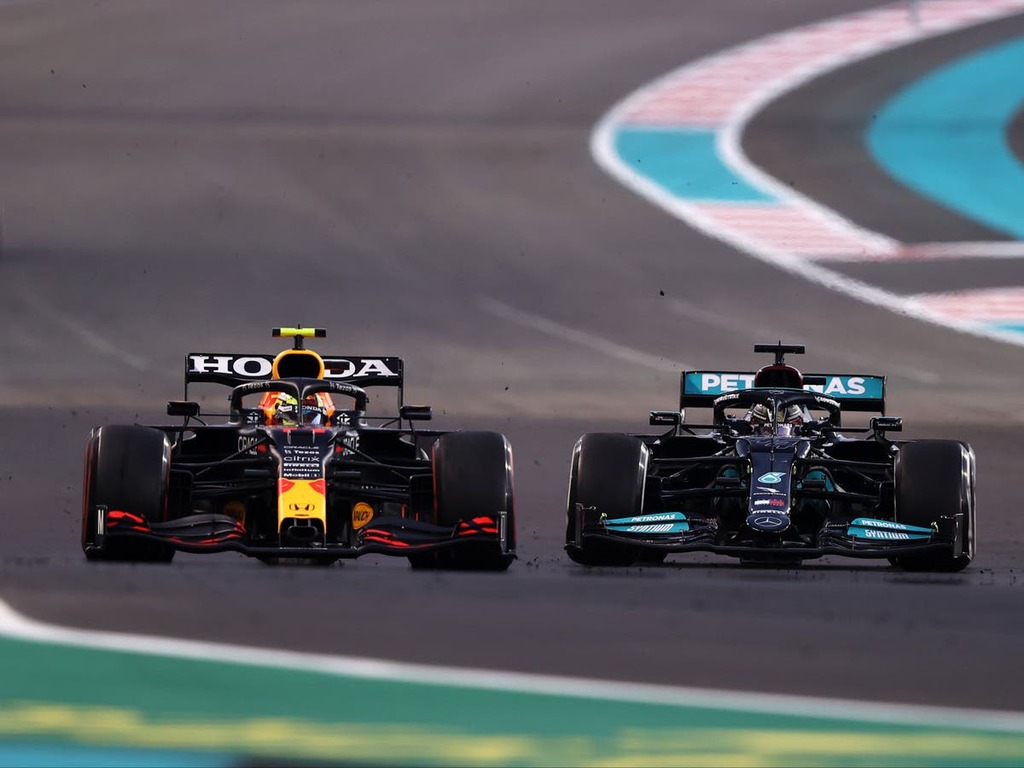 Sergio Perez’s tactics at the Abu Dhabi Grand Prix have been defended by Red Bull as “very fair” after Lewis Hamilton accused the Mexican of driving dangerously.

Hamilton was frustrated by his inability to get past the teammate of title rival Max Verstappen during the race in the United Arab Emirates, and was heard over race radio calling Perez’s driving “dangerous”.

The Mercedes driver would miss out on a record eighth world title as Verstappen took both race and Drivers’ Championship victory in a dramatic, controversial finish to the season-ending Grand Prix.

He was slowed considerably by the efforts of Perez, but Red Bull driver programme boss Helmut Marko has insisted there was nothing untoward in the manner in which Hamilton was stalled - and praised Perez for being a “team player”.

“He slowed down Hamilton by eight seconds in two laps, but in a very fair way,” Marko told ServusTV.

“Of course [Hamilton] said ‘dangerous driving’ again, we know that.

“[Sergio Perez] is incredibly loyal and a team player. Of course, we have discussed certain scenarios with him and he then delivers them – and without grumbling or any rebellion or questioning.”

Although Verstappen was unable to draw back on terms and line up an overtake of Hamilton immediately after Perez’s intervention, the appearance of the safety car late on would subsquently allow the Dutchman the chance to launch a race-winning move.

But the 24-year-old first time world champion is sure that victory would not have been secured without the work of his teammate.

“What [Sergio Perez] did is incredible,” said Verstappen.

“That also made our race in the end because Mercedes couldn’t stop at the Safety Car.

“Without Checo, of course, I wouldn’t have become World Champion.”