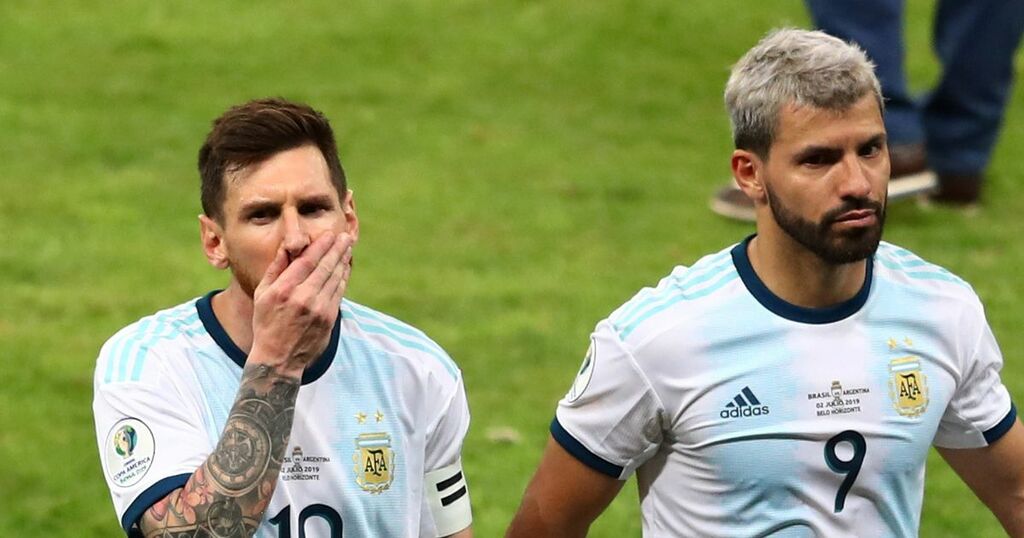 Sergio Aguero has set the record straight regarding claims there is a Lionel Messi-linked release clause in his contract with Barcelona.

Aguero, 33, joined Barca on a free transfer this summer after his Manchester City deal expired with a view to joining forces with close friend Messi at club level for the first time.

These hopes were dashed when his fellow Argentine was unable to sign a new contract at Camp Nou and moved to Paris Saint-Germain.

Reports in Spain asserted Aguero was furious at Barcelona's failure to re-sign Messi and there was speculation he could follow his compatriot out of Catalonia.

But the Premier League legend has rubbished claims there are any terms in his contract which are related to Messi.

"I don't understand why there was talk of this. When I signed, Leo had nothing signed. They were coming to an agreement," Aguero told Catalan outlet RAC 1 .

Aguero was also asked if he would like to face off with Messi in the Champions League and responded: "I've already faced Messi, but it would be very nice.

"Now... we know that when Leo turns on the light it's impossible to stop him."

Messi showed yet again just how unstoppable he is with a stunning hat-trick in Argentina's 3-0 World Cup qualifier victory over Bolivia in the early hours of Friday morning.

The six-time Ballon d'Or winner matched then broke Brazil legend Pele's record as the top goalscorer in South American men's international football in the process before fighting back tears in his post-match interview.

How many goals will Sergio Aguero score for Barcelona this season, once he returns from injury? Comment below.

Aguero won the Copa America alongside Messi this summer but he did not represent Argentina during the most-recent international break.

He has been suffering with a calf injury which also ruled him out of Barcelona's first three La Liga games of the season.

While Ronald Koeman's side anticipated at the start of August that Aguero would be unavailable for 10 weeks, the player hopes he can return to action sooner than planned.

"I'm fine. There's no forecast of when I'll be back, but I'm moving forward and maybe I can shorten some weeks of recovery," he said.

Turning his attention to Barcelona's chances of winning silverware this season, Aguero added: "We have very good players. Those who have left are important, but even so Barca have plenty of players to cover it up.

"Just because we are Barca we have to fight for all the titles. I don't think we are favourites for the Champions League, but our rivals have respect for us."