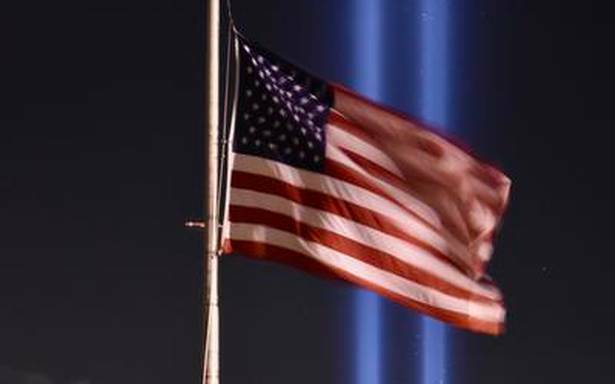 February 14, 1989 and September 11, 2001 have stood like bookends in my occasional writing on contemporary politics as it relates to Muslims. A rite of passage, a personal education. But the personal here reflects something wider in American, more generally western, public life.

When the fatwa against Salman Rushdie was pronounced on the first of those dates, I had written critically of the absolutist stances taken by some Muslims in the aftermath of the publication of The Satanic Verses and in support of the commitments to free expression that I had been accustomed to in all the societies (India, England, America) I had inhabited. The long aftermath of the atrocities on September 11 found me withdrawing from these critical undertakings — not out of any funk but, curiously, out of a sense that it was the only self-respecting thing to do. My reason was just this: one does not make criticisms on demand. And there was an expectation, occasionally even explicitly voiced to me, that a Muslim living in a society that had been subjected to such an atrocity, should be declaring his anti-Jihadi credentials. It soon became clear, in fact, that criticism of extremist Islamist politics had become a sort of career-path for Muslims in this part of the world and it was not a path I was willing to tread, even though a certain recognisably zealous type — some among my friends — thought my reaction to be too rarified in its scruple.

A global war on terror with no tangible results

This raises a wide range of issues about truth, speech and location.

The cliché ‘Speak Truth to Power’ contains an indirection. It would be a pointless instruction if it was intended to convey what it directly seems to say since, as Chomsky has pointed out, those in power already know the truth and often withhold it or deny it so that others more distant from power — but on whom power depends in a democracy — do not get to know it. Still, as an instruction, it is worth retaining, I think, because it really seems to be saying something more indirect: ‘Speak the truth, which is critical of those in power.’ It is regarding this instruction that the question of location arises.

What scope should we give it? Should one, giving it very wide scope, just speak the truth that is critical of anyone who is in power anywhere and abuses it? Or should one speak it to and of the power in one’s own location, the power that one is living under? Such a restriction has sometimes been proposed in the spirit of another instructional cliché, ‘Choose your Battles’. The point here is about the consequences of speaking the truth. Since our breath is finite, we should focus our airing of critical truths to those in power in one’s own political vicinity because that is what is likely to have some good consequences. Speaking truth that critically addresses remote occupants of power is not likely to have much effect.

This is true enough, but in the long aftermath of September 11 — during which American power invaded and indiscriminately bombed towns in Afghanistan and Iraq, imposed and renewed murderous embargoes, caused an interminable cycle of violence of sectarian strife in the entire Middle East, and generated and fanned a phobia of Islam in its own people (while, as a power, it lay in bed with the most repulsive Islamist regime in history) — proposed the restriction to myself on grounds that were not really consequentialist in this sense. Perhaps the way to put it, if there are really such things as moral sentiments, is that the restriction, for me, owed to something more sentimental. To put it at its simplest, I felt the restriction is called for because it comes at greater risk to oneself. I find it not necessarily more sound but far more honourable that someone domiciled in America should be critical of the wrongs of the United States government rather than about the wrongs done by Muslim terrorists said to be supported by those in power in distant lands, whether in Iran or Pakistan or Afghanistan or Saudi Arabia.... Of course, were they to be invited to speak in Tehran or Peshawar or Kabul or Riyadh, the honour lies in the reverse.

Worldview with Suhasini Haidar | 20 years after 9/11, what have we learned?

Many had accused Sartre of hypocrisy for not being critical of the Soviet Union, while repeatedly chastising European imperialism with great eloquence. But why should he, sitting in Paris (not Moscow) during the long Cold War, do anything different? What honour does it reflect to join — as was demanded of him — the constant chorus of anti-communism all around him? It is said that the Soviet government would reprimand Sakharov for his nagging criticism of their tyrannies, without saying a word about the deep racism in the American South. I would hope that all of us, living and writing and speaking here in the United States, can show the seemingly perverse and rarified form of courage shown by these locational asymmetries in Sartre and Sakharov.