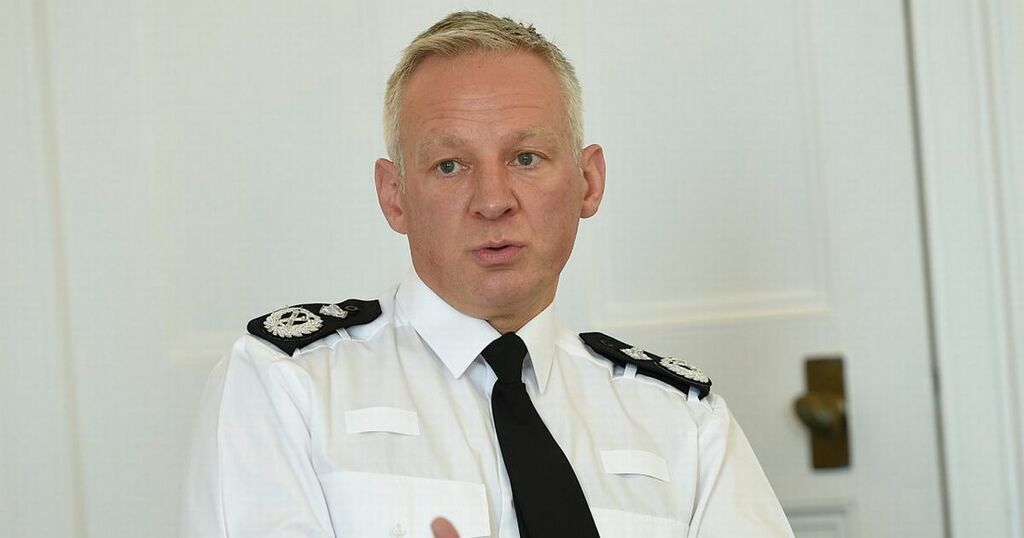 A senior police chief has publicly apologised to women who were victims of sexual abuse by serving officers.

Deputy Chief Constable Malcolm Graham condemned the behaviour within the ranks of Police Scotland as “abhorrent”.

Shocking figures reveal there were 245 counts of sexual misconduct made against 166 police officers and special constables in Scotland in the last four years.

The allegations involve both sexual impropriety towards female colleagues and women who had called in police for help as victims of crime.

DCC Graham said: “In the cases where officers have exploited a woman’s vulnerability and abused their power, I would apologise.

“We will seek to do everything we can to ensure that doesn’t happen again. It is absolutely abhorrent.

“Whenever I hear about an officer abusing their position of power and responsibility it is completely contrary to the values and long history of this organisation, which is to protect the vulnerable.”

His comments come as policing across the UK faces intense scrutiny in the aftermath of the rape and murder of Sarah Everard by serving Met Police officer Wayne Couzens.

DCC Graham said the “ghastly” case had inevitably dented public trust given the “horrific detail of how he abused his position as a police officer”.

He added: “It has opened up conversations that have enabled women to be heard. It shouldn’t have taken a case like that.

“Our role is to build trust back up, step by step, and to ensure we do that in as open and transparent a way as possible. We need to accelerate the pace of change.”

Police Scotland has recently faced a series of sexism allegations, but DCC Graham insisted they were not reflective of the vast majority of decent and dedicated serving officers.

The force issued an apology after an industrial tribunal found in favour of ex-firearms officer Rhona Malone, who said she was put through “absolute hell” by the sexist “boys’ club” culture of the armed response unit.

An external independent investigation into the case has now been ordered by Police Scotland.

Last year, former Lord Advocate Dame Elish Angiolini said in a report that the force had a machismo “canteen culture” which contributed to a “racist, misogynistic or emotionally damaging environment”.

Between January 2019 and April 2021, 31 officers were investigated over allegations of domestic abuse.

DCC Graham said: “The biggest challenge for us as an organisation is about changing behaviour.

“Of course, some of those issues are representative of what is going on in wider society.

“But that is not an adequate explanation for what happens in an organisation like Police Scotland.

“I think policing does have some characteristics where cultures or attitudes could perhaps persist or be encouraged. We are a male-dominated workforce.

“There is clear evidence of examples in Police Scotland where behaviour has fallen far short of what we would expect around sexual offences or sexual misconduct.

“The action we have taken against that is rightly subject to a high degree of scrutiny and interest.

“The service we provide to the public is entirely dependent on their trust and confidence in us.

“I want to assure victims that when they come forward to the police, we will put their needs at the heart of our approach.”

More than 60 per cent of the police workforce is male but, for the first time, recent recruitment intakes have had more females.

DCC Graham said it was important there was a greater gender balance through the ranks including at the top, and more women hold senior positions than ever before.

He was speaking at the launch of a Police Scotland’s latest public sexual crime prevention campaign which calls on men to stop being bystanders and play their part in speaking up on male violence against women.

The force leader said both new recruits and veteran officers would be shown the That Guy public campaign video as part of an education drive and zero tolerance approach to sexual misconduct.

He said: “There isn’t one single answer to such a deeply entrenched global and societal issue.

“Police have a responsibility to stand up and take their part in ensuring we are trying to shift cultures not only within our own organisation but across wider society.

“People also need to see some very clear signals that we understand where the responsibilty for sexual violence sits, and it is with men.”

DCC Graham said both female and male officers must be given the confidence to challenge misogynistic behaviour without fear of retribution.

And he added that the numbers of police reported for sexual misconduct reflected progress in encouraging whistleblowing through channels including confidential phone lines.

He said: “We are gradually creating a culture where people can speak up safely and be heard. The frustration that people like me and the vast majority of officers feel over those who have fallen short must be turned into energy to effect change.

“If I look back over the course of my career it has changed dramatically.

“We have come on a long way but we have not come on far enough. I am determined to
accelerate change.”