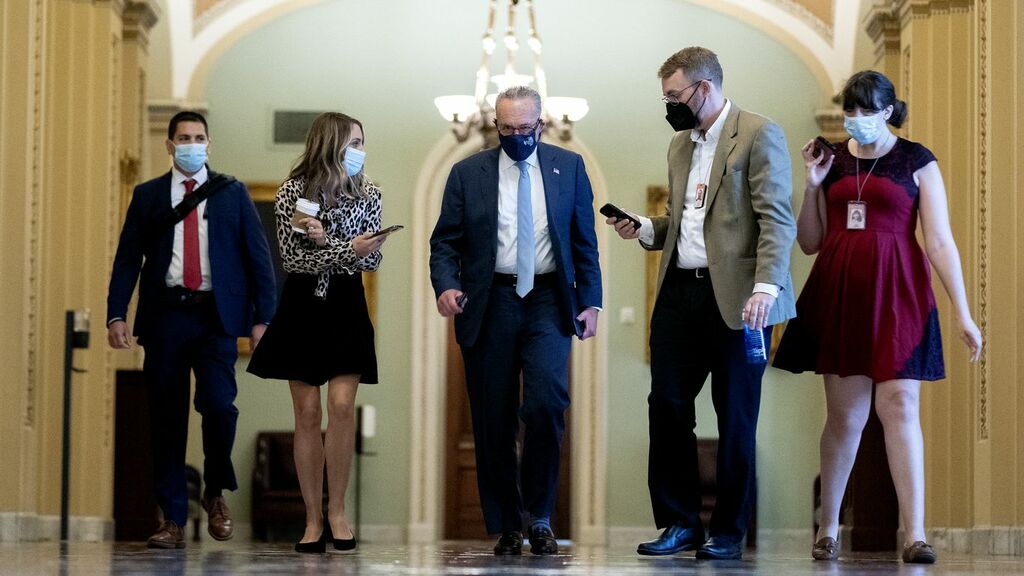 The Senate voted 50-48 on Thursday night, passing an agreement to raise the federal debt limit by $480 billion through Dec. 3. The bill now goes to the House, where there is a clear Democratic majority.

Why it matters: The deal, struck early Thursday by Senate Majority Leader Chuck Schumer (D-N.Y.) and Minority Leader Mitch McConnell (R-Ky.), would avert the threat of the U.S. defaulting on its debt as of Oct. 18. Treasury Secretary Janet Yellen had warned that unprecedented move could trigger a recession and have global ramifications.

Schumer, after the vote, announced: "Republicans played a dangerous and risky partisan game, and I am glad that their brinksmanship did not work."

Between the lines: Multiple Senate Republicans were so frustrated by the compromise McConnell struck that they not only refused to support the vote but also threatened to prevent it from happening via a simple majority.

While the bill will avoid a pending calamity, the Senate will have to address this fiscal cliff again come December — a month when lawmakers also face several other important deadlines, including funding the government.

Between the lines: Politically, this was a big moment for both Senate leaders.