Senate falters in push to pass $40B Ukraine aid

By Connor O’Brien and Jennifer Scholtes

Democratic and Republican leaders sought to clear the bill Thursday with enough time to head off a lapse in U.S. weapons shipments to Eastern Europe that's expected next week. But those efforts were dashed after Sen. Rand Paul (R-Ky.) blocked a fast-tracked vote, demanding leaders include a provision that would designate a special federal watchdog to oversee how the $40 billion is spent.

Congress has moved with unusual speed and bipartisan solidarity since the president warned Monday that assistance to the allied country is likely to cease next week without a fresh infusion of cash. And it was a rare show of bipartisan unity in the Senate, with Majority Leader Chuck Schumer and Minority Leader Mitch McConnell moving jointly to pass the package.

But Paul's blockade forced Schumer to schedule an extra procedural vote to get around the roadblock, punting passage into early next week.

"He doesn't want to aid Ukraine," Schumer said of Paul on the Senate floor. "That is not the case for the overwhelming majority here."

"All he will accomplish with his actions here today is to delay that aid, not stop it," Schumer added.

With the Russian invasion — now entering its third month — shifting to Donbas and southern Ukraine, Defense Secretary Lloyd Austin told lawmakers that “the coming weeks will be critical” in the battle. The United States’ ability to deliver billions of dollars in military assistance “with unprecedented speed and resolve” has “made a huge difference on the ground,” the secretary said this week.

Schumer and McConnell proposed to hold a vote on Paul's amendment, which would give a special inspector general oversight of the money, with a 60-vote threshold. That offer did not appease Paul, however, who is demanding his proposal be incorporated into the bill before it passes.

"It's irresponsible to shovel $40 billion out the door without knowing where it goes," Paul told reporters Thursday.

Paul, who opposes the overall legislation, faulted lawmakers for speeding through the massive aid package as inflation skyrockets. He called for an end to the "fiscal insanity" of recent years, marked by repeated deficit spending.

"We cannot save Ukraine by killing our economic strength," Paul said on the floor.

If the Senate eventually does adopt Paul's amendment, or makes any other changes, the bill would return to the House for another vote before Biden can sign it, further delaying assistance the White House has warned can't wait much longer.

Both Schumer and McConnell pleaded Thursday for bipartisan agreement to fast-track passage of the bill.

"The Ukrainians need it," McConnell said. "We need to do it today."

"They're running out of ammo. They're kicking the Russians' ass," said Sen. Lindsey Graham (R-S.C.). "All over the Ukraine, they're doing the fighting on behalf of freedom itself, and we should be the arsenal of democracy."

The aid package would significantly amplify U.S. involvement in the war, going well beyond the nearly $14 billion in emergency funding Congress approved in March for humanitarian aid and Pentagon response to the crisis.

After meeting with Biden in the Situation Room this week, House Intelligence Chair Adam Schiff (D-Calif.) said U.S. officials believe “the quickest way to bring this war to an end is to make sure that Ukraine can defend its territory and its sovereignty.”

The bill clocks in at roughly $7 billion more than Biden’s $33 billion assistance proposal, which White House officials said was aimed at sustaining Ukraine through the next five months of the conflict. Congress increased the price tag of the package by an equal amount for defense and humanitarian assistance.

When the bill passed the House late Tuesday, not even the chamber’s most liberal Democrats opposed it. It earned overwhelming support in a vote of 368-57, less than eight hours after text was released.

The aid package would allow the Pentagon to send Ukraine up to $11 billion in weapons and equipment plucked directly from U.S. military stockpiles. Another $20 billion would backfill inventory of weapons already sent to the frontlines and boost the Pentagon’s main account for arming Ukraine, as well as support deployments of U.S troops to Europe to bolster NATO.

Specifically, Ukraine is seeking rocket launchers with a long enough range to defend urban centers while pushing back Russian artillery, plus more sophisticated drones that can re-arm, said Rep. Jason Crow (D-Colo), who accompanied House Speaker Nancy Pelosi and other congressional Democrats on a surprise trip to Kyiv this month.

Ukrainian officials also need advanced missiles to push back Russian ships from the Port of Odessa on the Black Sea, in order to open up food shipments. Plus, they're looking for a troop training program that ensures soldiers aren’t taken off the frontlines for weeks or months at a time, said Crow, an Army veteran. 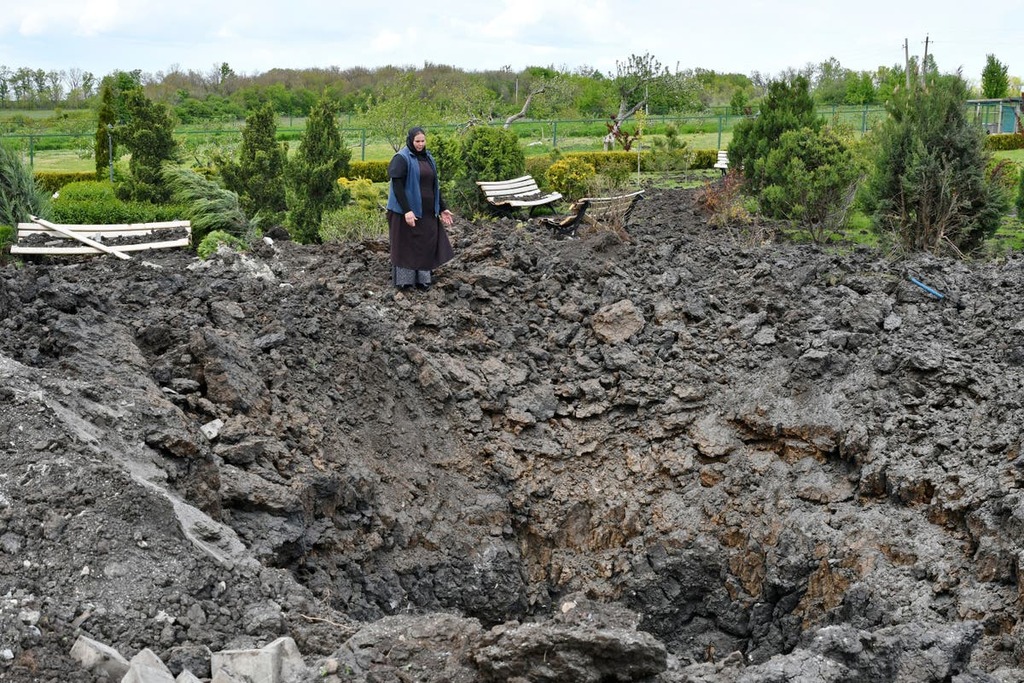 The measure now goes to the Senate, where Majority Leader Chuck Schumer has promised the chamber “will move swiftly.”