Thousands of military veterans who are sick after being exposed to toxic smoke and dust while on duty are facing a Senate roadblock to ambitious legislation designed to provide them care.

The Senate could start work soon on a bipartisan bill, called the Honoring Our PACT Act, that passed the House of Representatives in March. It would make it much easier for veterans to get health care and benefits from the Veterans Health Administration if they get sick because of the air they breathed around massive, open-air incineration pits. The military used those pits in war zones around the globe — sometimes the size of football fields — to burn anything from human and medical waste to plastics and munitions, setting it alight with jet fuel.

As it stands now, more than three-quarters of all veterans who submit claims for cancer, breathing disorders and other illnesses that they believe are caused by inhaling poisonous burn pit smoke have their claims denied, according to estimates from the Department of Veterans Affairs and service organizations.

The reason so few are approved is that the military and VA require injured war fighters to prove an illness is directly connected to their service — something that is extremely difficult when it comes to toxic exposures. The House’s PACT Act would make that easier by declaring that any of the 3.5 million veterans who served in the global war on terror — including operations in Afghanistan, Iraq and the Persian Gulf — would be presumed eligible for benefits if they come down with any of 23 ailments linked to the burn pits.

Although 34 Republicans voted with Democrats to pass the bill in the House, only one Republican, Sen. Marco Rubio of Florida, has signaled support for the measure. At least 10 GOP members would have to join all Democrats to avoid the threat of a filibuster in the Senate and allow the bill to advance to President Joe Biden’s desk. Biden called on Congress to pass such legislation in his State of the Union address, citing the death of his son Beau Biden, who served in Iraq in 2008 and died in 2015 of glioblastoma, a brain cancer included on the bill’s list of qualifying conditions.

Senate Republicans are raising concerns about the measure, however, suggesting it won’t be paid for, that it is too big, too ambitious, and could end up promising more than the government can deliver.

The Congressional Budget Office estimates the bill would cost more than $300 billion over 10 years, and the VA already has struggled for years to meet surging demand from troops serving deployments since the 2001 terror attacks on America, with a backlog of delayed claims running into the hundreds of thousands. Besides addressing burn pits, the bill would expand benefits for veterans who served at certain nuclear sites, and cover more conditions related to Agent Orange exposure in Vietnam, among several other issues.

While the bill phases in coverage for new groups of beneficiaries over 10 years, some Republicans involved in writing legislation about burn pits fear it is all too much.

Sen. Mike Rounds, R-S.D., a member of the Veterans’ Affairs Committee, summed up the concern as stemming from promising lots of assistance “that might look really good,” but the bottom line is that those “who really need the care would never get into a VA facility.”

Sen. Thom Tillis, R-N.C., another member of the panel, agreed. “What we’re concerned with is that you’ve got a backlog of 222,000 cases now, and if you implement, by legislative fiat, the 23 presumptions, we’re gonna go to a million and a half to 2 1/2 million backlog,” he said. Tillis has advanced his own burn pits bill that would leave it to the military and VA to determine which illnesses automatically were presumed to be service-connected. That tally is likely to cover fewer people. “So the question we have is, while making a new promise, are we going to be breaking a promise for all those veterans that need care today?”

Republicans have insisted they want to do something to help veterans who are increasingly getting sick with illnesses that appear related to toxic exposure. About 300,000 veterans have signed up with the VA’s burn pits registry.

Sen. Jerry Moran from Kansas, the top Republican on the Veterans’ Affairs Committee, held a news conference in February with Sen. Jon Tester, D-Mont., the committee chairman, advocating a more gradual process to expand access to benefits and define the illnesses that would qualify.

The event was designed to show what would easily gain bipartisan support in the Senate while the House was still working on its bill.

Veterans’ service organizations, which try to avoid taking partisan positions, have praised such efforts. But they’ve also made clear they like the House bill. More than 40 of the groups endorsed the PACT Act before it passed the lower chamber.

Aleks Morosky, a governmental affairs specialist for the Wounded Warrior Project, plans to meet with senators this month in hope of advancing the PACT Act.

“This is an urgent issue. I mean, people are dying,” Morosky said.

He added that he believes some minor changes and input from the VA would eliminate the sorts of problems senators are raising.

“This bill was meticulously put together, and these are the provisions that veterans need,” Morosky said. “The VA is telling us that they can implement it the way they’ve implemented large numbers of people coming into the system in the past.”

He pointed to the recent expansion of Agent Orange benefits to Navy veterans and to VA Secretary Denis McDonough’s testimony to the Senate Veterans’ Affairs committee in March. McDonough largely supported the legislation but said the VA would need new leasing authority to ensure it had adequate facilities, as well as more say over adding illnesses to be covered.

Senate Republicans are not so sure about the VA’s ability to absorb such a large group of new patients. Tillis and Rounds suggested one solution would be to greatly expand the access to care veterans can seek outside the VA. They pointed to the Mission Act, a law passed in 2018 that was meant to grant veterans access to private health care. Some critics say it has not lived up to its promise. It’s also been expensive, requiring emergency appropriations from Congress.

“You better think about having community care — because there’s no way you’re going to be able to ramp up the medical infrastructure to provide that purely through the VA,” Tillis said.

Tester said in a statement that the committee was working on McDonough’s requests — and could have a modified bill for a vote before Memorial Day.

“In addition to delivering historic reform for all generations of toxic-exposed veterans, I’m working to ensure this legislation provides VA with additional resources and authorities to hire more staff, establish new facilities, and make critical investments to better ensure it can meet the current and future needs of our nation’s veterans,” Tester said.

Whether or not those changes satisfy enough Republicans remains to be seen.

Sen. Kirsten Gillibrand, D-N.Y., who chairs the Armed Services subcommittee on personnel and earlier wrote a burn pits bill, said neither cost nor fears about problems on implementation should get in the way of passing the bill. Her proposal was incorporated into the House’s PACT Act.

“To deny service because of a lack of resources or a lack of personnel is an outrageous statement,” Gillibrand said. “We promised these men and women when they went to war that when they came back, we would protect them. And that is our solemn obligation. And if it needs more resources, we will get them more resources.”

She predicted Republicans would come along to help pass a bill.

“I’m optimistic, actually. I think we just need a little more time to talk to more Republicans to get everybody on board,” she said.

(KHN (Kaiser Health News) is a national newsroom that produces in-depth journalism about health issues. Together with Policy Analysis and Polling, KHN is one of the three major operating programs at KFF (Kaiser Family Foundation). KFF is an endowed nonprofit organization providing information on health issues to the nation.) 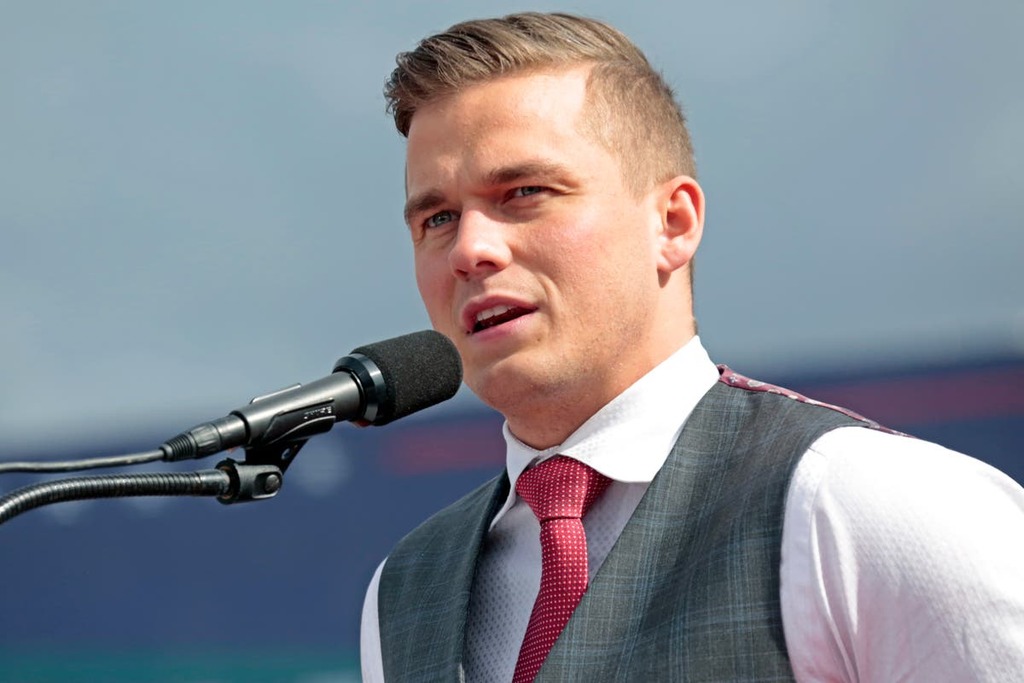 The Independent UK
One subscription that gives you access to news from hundreds of sites
Kansas Gov. Laura Kelly vetoes GOP bill aimed at banning all future mask mandates
KANSAS CITY, Mo. — A Kansas bill that would ban mask mandates from any government institution on any public health…