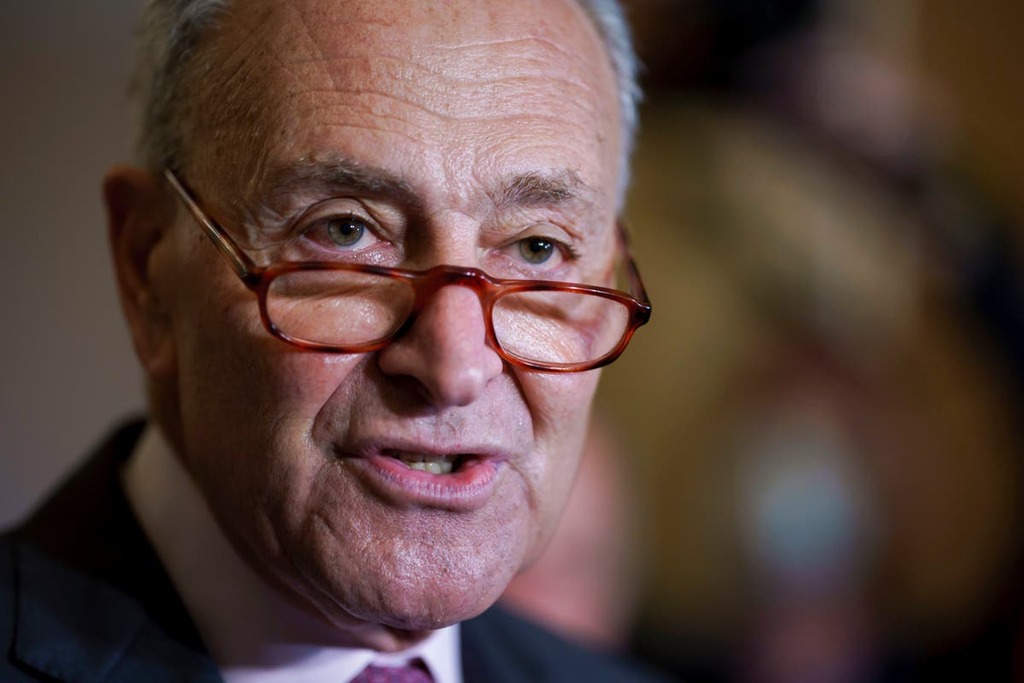 Senate Democrats voted to raise the debt limit until 3 December on Thursday evening, after Republicans backed down and struck a deal to allow the vote to proceed.

“The solution is for Republicans to either join us in raising the debt limit or stay out of the way and let Democrats address the debt limit ourselves,” Mr Schumer said after the Senate invoked cloture and before the final vote.

Mr McConnell and ten other Republicans voted to invoke cloture to allow for the extension after he previously said Republicans would not help Democrats raise the debt limit. Afterward, the Senate passed the bill 50-48. While Republicans voted to end debate on the debt ceiling bill, none voted to actually raise the nation’s borrowing limit, despite the devastating impacts to the global economy if the full faith and credit of the US was disrupted.

The bill now goes back to the House for final approval.

Sen Lindsey Graham decried the fact the budget reconciliation process wasn’t used, which would have allowed Democrats to vote to raise the debt limit without a single Republican vote, with Vice President Kamala Harris serving as tiebreaker.

“We’re just not gonna be part of making it easier for you to spend all this money,” Mr Graham said on the Senate floor, noting that he didn’t fault other Republicans who voted yes.

Sen Ted Cruz criticised Republicans for backing down from their initial plan to not have a single member of their caucus vote to raise the debt ceiling.

“And then, unfortunately, yesterday, Republicans blinked,” he said. The Texas Republican said Republicans backed down because President Joe Biden and Democrats expressed openness to getting rid of the filibuster. Mr Biden said it was a “real possibility” late on Monday, though other Democrats like Sen Joe Manchin of West Virginia oppose changing it.

“I don’t know if that threat was real,” Mr Cruz said. “But I understand why Republican leadership blinked.”

Former president Donald Trump released a statement before the vote calling on Republicans to oppose the bill.

“Republican Senators, do not vote for this terrible deal being pushed by folding Mitch McConnell,” Mr Trump sid. “Stand strong for our Country. The American people are with you!”

Treasury Secretary Janet Yellen had previously warned about going into default on 18 October.