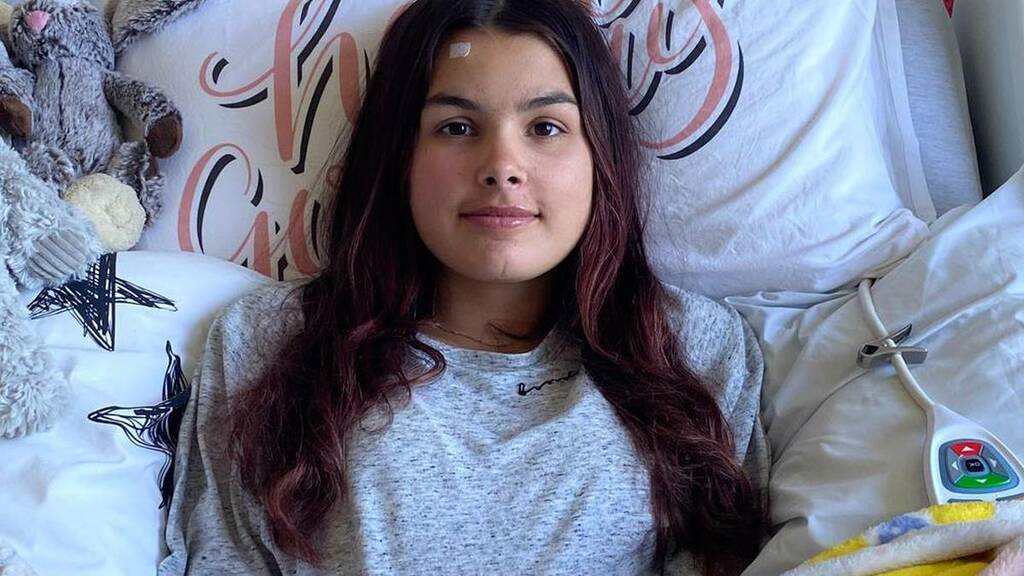 A selfless Wellington teenager with inoperable brain cancer has raised more than $200,000 for cancer research in just four days.

15-year-old Jemima Gazley was diagnosed with stage 4 brain cancer in February this year.

"It was so hard to hear, it was the biggest news of my life. But I'm so glad to still be here today," she said.

After months of treatment, including radiotherapy and an experimental drug from Germany, the cancer had begun to grow again.

Eternally optimistic and resourceful, Jemima – who would be making earrings from the German treatment containers – suggested a Givealittle page to support research in the field of her specific cancer.

The fund – which has been amounting an average of $50,000 a day since launching on Sunday – would be going towards the work of Dr Matt Dun, Associate Professor at Newcastle University in Australia.

Now totalling more than $210,000 the Givealittle page, started by Jemima's mum Ray, asked for people to donate in lieu of other gifts.

"We'd like to be able to cut a cheque to Matt's charitable organisation with her name on it — and perhaps you'd like to contribute to this amount with her," reads the page.

"If you thought you'd send flowers, or a meal, or a card later — please don't. Do this instead so she can enjoy it."

Gazley said the fund could give the family back a sense of control, while putting money towards an important cause.

The page's short timeframe, of a week, would hopefully make people "act now, and not later", she said.

Jemima's Dad Oliver Gazley said the page was a reflection of her kind nature and selfless character.

"I think Jemima being so vulnerable to have her story told has really struck a chord with so many people, and as parents we couldn't be more proud."

Jemima now has paralysis on her left side due to the tumour's growth – but she describes herself as "healthy as a horse".

Formally a high school student in Wellington, Jemima was now spending her days at home with her parents, who she says are her "best friends".

Oliver said the Jemima's illness had actually brought about "something amazing" for the family.

"Had this illness not actually happened, we wouldn't have got to know Jemima like we do," he said.

"She probably would have gone to school, come home, shut her bedroom door and come out at dinnertime.

Jemima urged people to "get their hustle on" and donate before the Givealittle campaign ended on Sunday.

"I didn't know I could do this, but I am doing it and I'm very proud of myself," she said.

"Having that legacy of my work on earth is going to be so important to me."

"I'm so excited to cut the cheque in Matt's name and my name and give it to him."