‘Selfless service and actualisation the essence of Sufism’ 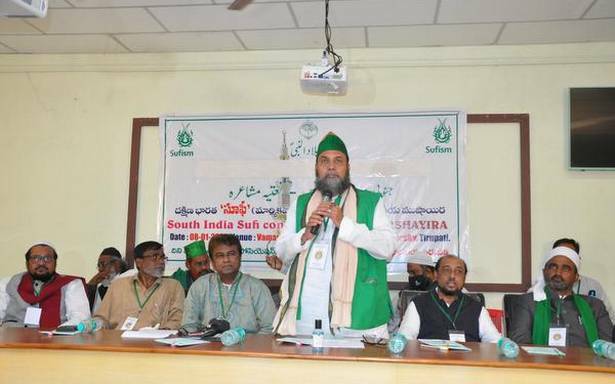 Sufism is the mystical path of Islam that deals more with self-actualisation and reaching out to the commoners, rather than treading the path of ritualistic practices, speakers said at the South India-level conference on ‘Sufi’ and ‘Natiya Mushaira’ conducted here on Saturday.

Mr. Sayed Sha Shafee Ahamed Qadari, the Government Khazi of Tirupati, said Mohammed the Prophet had always stood for truth and devotion, with his focus always on reaching out to those following his true tenets. “The Sufis practise virtuousness by staying away from vices and all forms of human weaknesses, with the ultimate goal being spreading love,” he explained.