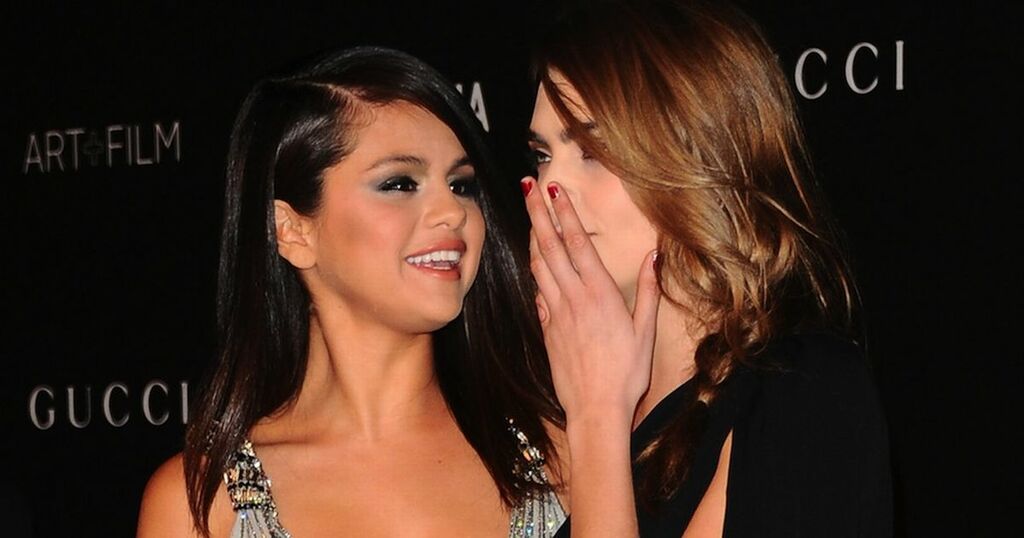 Selena Gomez and Cara Delevingne have sparked romance rumours after they recently got matching rosebud tattoos together.

The Disney Channel star and British model, both 29, are good pals - but their latest move has caused speculation as they were also spotted kissing at a basketball game at Madison Square Garden in New York City, back in November.

They were pictured front row as they puckered up for the sweet moment which was captured on the "kiss cam" at the arena.

Selena has explained the meaning behind her new ink, which is identical to Cara's, sharing that the bisexual model has made such a "profound impact" on her life.

"She's one of my best friends. She calls me rosebud, so it's a nickname," the Who Says singer said about the detailed design.

Cara has the red rose inked onto her rib cage, while Selena has it on the nape of her neck.

Selena went on to explain she has "multiple" tattoos with "people who've left a significant mark on [her] life".

The pair have not confirmed if they are linked romantically, but Selena has claimed she has "absolutely" questioned her sexuality in the past.

"I do, yeah, of course. Absolutely," she told Pride Source. "I think it's healthy to gain a perspective on who you are deep down, question yourself and challenge yourself; it's important to do that."

It's not the first time Selena and Cara have sparked rumours they are dating.

In 2015, Selena denied the pair were official to the same publication.

Speaking about the rumours, she said: "Honestly, I loved it. I didn't mind it.

"Especially because they weren’t talking about other people in my life for once, which was wonderful. Honestly, though, she's incredible and very open and she just makes me open."

Gushing about her close pal, Selena added: "She's so fun and she's just extremely adventurous, and sometimes I just want that in my life, so I didn't mind it. I loved it."

The duo are set to get closer as they are due to film their first acting project together after Cara was cast in series two of Only Murders in the Building for Disney+.

The Mirror has contacted Selena and Cara's representatives for a comment.