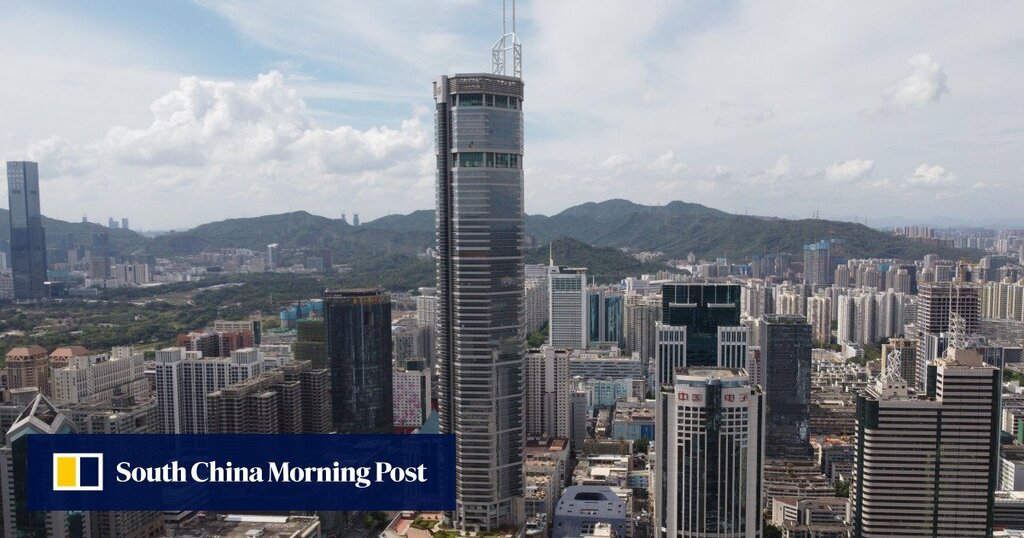 The SEG Plaza, the 72-storey building that grabbed headlines and set off a construction ban on super skyscrapers in China with its wobbling, reopened for business in Shenzhen after shutting for 113 days.

A pair of masts measuring 60 metres (197 feet) that stood at the tower’s roof were dismantled, after engineers blamed them for the “vortex-induced resonance” that caused the building to tremble.

“After more than a month of work, the masts have been dismantled, and the building is structurally secure,” Shenzhen’s government said on its official WeChat account. “The tenants and vendors of the building have returned in an orderly fashion, starting on September 8.”

The renovation closes a chapter in the story of one of Shenzhen’s earliest skyscrapers, completed in 2000 as a symbol of the economic achievements of a city dubbed China’s Silicon Valley, which stands as the nation’s test bed of financial reforms and market liberalisation. The removal of the masts would reduce SEG Plaza’s height to 292 metres (958 feet), which would kick the building out of the city’s list of the 10 tallest towers.

For several days in mid-May, the SEG Plaza in Shenzhen’s Huaqiangbei area - dubbed the Akihabara of China’s technology hub - shook and wobbled, sending thousands of tenants and merchants scurrying out to the streets. No one was injured and the building did not report any property damage to its structure, or its interior fittings.

Still, local authorities shut the entire building for a thorough examination of its structural fitness. Temporary space was hastily arranged for tenants, to the extent that a subterranean shopping centre at the nearby Huaqiangbei subway station was reconfigured into an office space with tables and chairs.

The incident also set off concerns across the construction industry of the world’s second-largest economy, home to almost half of the 100 tallest structures on the planet. New buildings taller than 500 metres (1,640 feet) will no longer be approved, while towers exceeding 250 metres must be strictly limited, and structures taller than 100 metres must strictly match the scale and the fire rescue capacity of their locations, according to a July 7 order issued late by the National Development and Reform Commission (NDRC), the country’s top planning agency.

Numerous theories emerged to explain the shaking at SEG Plaza, built in an earthquake-free city where the most recent temblor was a magnitude 3.8 event in November 2010 that was barely noticed.

Some experts attributed the shaking to the subway system running directly beneath the plaza. Another theory was the vibration caused by a massive array of air-conditioning units installed at the tower, all being switched on at the same time during the onset of summer. Construction sites nearby, with their piling, drilling and hammering, were also blamed.

After two months of investigations involving 63 vibration tests, local authorities attributed the cause to a combination of “vortex-induced resonance of the rooftop masts and changes to the dynamic characteristics of the building,” according to a July 15 report by engineers of the Shenzhen Housing Department.

“Let’s go home! SEG is our home forever,” said SEG Electronics Market, one of the city’s most famous wholesale electronics markets, on its official WeChat account. “We will conduct long-term monitoring over the building as advised by the investigators and will improve the daily maintenance to provide better service to the building’s tenants and merchants.”