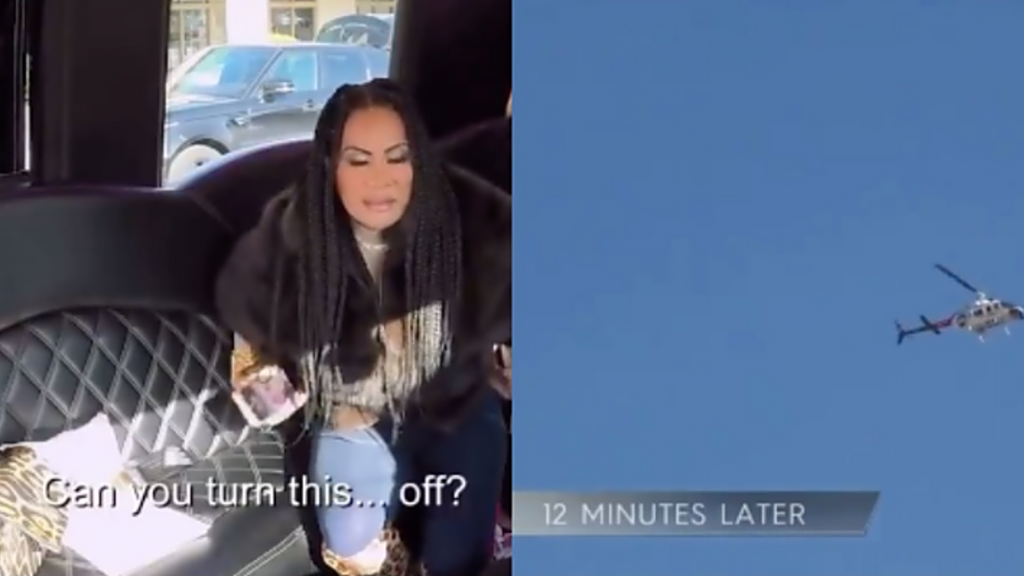 The Real Housewives of Salt Lake City season 2 has arrived and, as predicted, it shows a Housewife legit running from the feds as they close in on her.

This isn’t just ~reality TV~ drama, this is as real as it gets.

ICYMI: RHOSLC star Jen Shah was arrested on March 30 and is facing up to 30 years in prison for allegedly defrauding elderly people in a wild (USD)$5 million telemarketing scheme.

At the time, it was reported that Jen received a call warning her that the authorities were on their way to arrest her at the RHOSLC cast trip, when she bolted.

In a clip from the first two minutes of the season 2 premiere, we see Jen receive said call and high-tail it out of there, before federal agents and even a fucking helicopter descend on the rest of the cast, asking for Jen Shah.

Have a peek below:

If you’re not a Real Housewives fan and you’ve just come here for the tea, don’t confuse this story with the legal woes of Erika Jayne, the blonde Beverly Hills Housewife who is currently embroiled in a legal scandal of her own.

Erika’s estranged husband, Tom Girardi, was accused of allegedly embezzling money that was intended for the families of plane crash victims and funnelling it into Erika’s entertainment business.

The difference here is that while it remains unclear if Erika had any involvement in the legal matter she’s facing, although she vehemently alleges that she had zero knowledge of her husband’s shady dealings, it’s been alleged that Jen Shah was the mastermind of the telemarketing scheme.

Interestingly, both scandals became public knowledge around the same, while the ladies were filming scenes for their respective Real Housewives shows.

And lucky for us thirsty fans, the Bravo gods have been v. generous in showing us exactly what went on, so we’re able to take a peek behind the spicy headlines and see how the Housewives are coping. Ya gotta love reality TV.

The post See The Wild Fucking Moment The Feds Ambush A Real Housewives Star & Arrest Her For Fraud appeared first on Pedestrian TV.