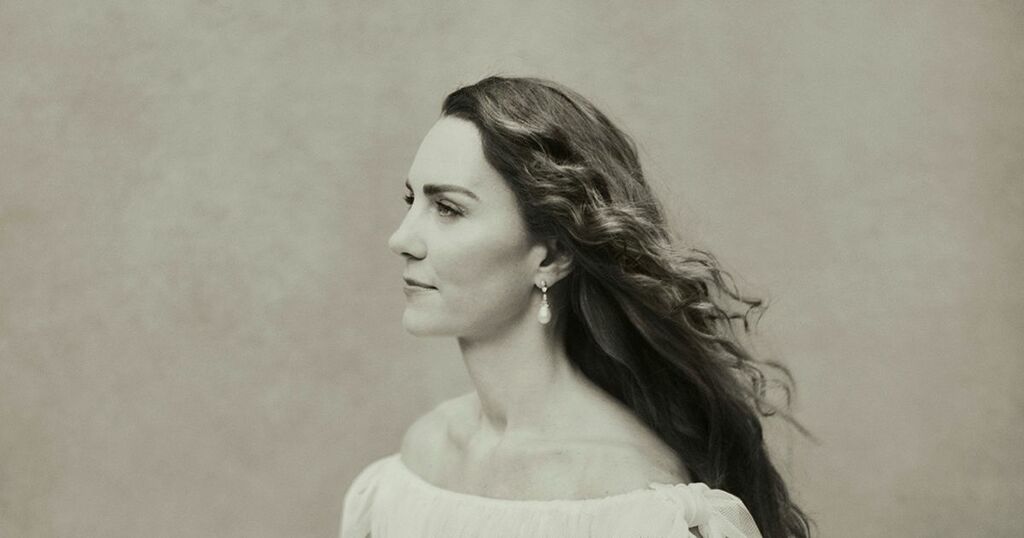 While the photo that snatched the headlines this weekend was dynamic Kate at 40 in sizzling red, it was the subtler profile shot in white which spoke a thousand words about the Duchess’s burgeoning royal status.

While her profile is delicate, her expression soft as the tulle of her dress, and her curls whimsically blowing in the breeze of a wind machine, there is a strength about the romantic photograph which shouts queen-in-waiting.

The pose is far from new. It is one which has been used repeatedly down the decades to capture a young princess or duchess coming of age, their elegant footing firm on the path to queendom.

As well as by female monarchs well established in their reign.

The combination of romanticism and regality is recognisable straightaway as Kate holds a mirror to former eras.

Royal commentator Ingrid Seward explains: “In this image I think you see a nod to Kate rising up the ranks. People look at her and see the perfect queen, young and beautiful.

“It evokes an image of the Queen as a young woman and even conjures up historically a Boadicea, strong, yet feminine - femininity yet strength.

“That idealised image of a young queen, serene, in control and poised.”

She adds: “Kate is coming into her own. She is genuinely involved in her charity work, which will be her legacy.

“We have seen her in the peacemaker role between William and Harry, we saw her at the carol concert in Westminster stepping confidently into the spotlight, she is no longer a clothes horse, there is a strength there now.

“We can see Kate stepping up a level, the coming of a queen in waiting, and I think she is more ready to fill those shoes.”

But she stresses the Duchess will no doubt feel embarrassed by the attention on her position. She’s been in The Firm long enough to know she must not overstep the mark.

“Prince Charles is not even King yet and the Royals are very careful about not upstaging each other. Kate will be keen not to upstage Camilla,” says Ingrid.

“She is aware of hierarchy and that it is Camilla’s turn.

“But she is a wonderful advert for the monarchy, especially globally, and people will see her as the perfect queen.”

What better way to celebrate the Queen’s Platinum Jubilee this year than with cake?

Her Maj has decreed a Royal Bake Off, asking the nation to come up with a pud we can all raise a spoon to.

Fortnum and Mason and The Big Jubilee Lunch invite Britain’s bakers, aged eight and above, to create a dish that can be replicated across the country to celebrate the 70-year milestone.

Five finalists will have the chance to bake their dishes at Fortnum’s store in Piccadilly to be judged by Dame Mary Berry, palace head chef Mark Flanagan and Masterchef panellist Monica Galetti.

Why not take some inspiration from Royal favourites, old or new?

Henry VIII was a large man and would often have over 13 freshly cooked dishes served for him every day. He loved his red wine and even built two fountains which spouted hundreds of gallons of the stuff for him and his courtiers to enjoy everyday. Alongside it, Henry particularly liked this jelly which included wine, ginger and cinnamon.

Queen Victoria was someone who enjoyed eating and was said to have had a hearty appetite. She enjoyed sweet foods from ice-creams to pastries, and cake so much that the Victoria Sponge was named after her.

Kate’s fav foods reportedly include sushi and Italian - the latter because it’s easy to cook with ther kids and let them get their hands messy. But when it comes to favourite puds it’s a spongy Sticky Toffee Pudding.

The Duke is a big fan of chocolate biscuit cakes, so much so the cake was served at his wedding. William’s fondness for the cake apparently comes from a specific recipe which he learnt from his grandmother, the Queen.