Australia in nuclear sub deal with UK, US 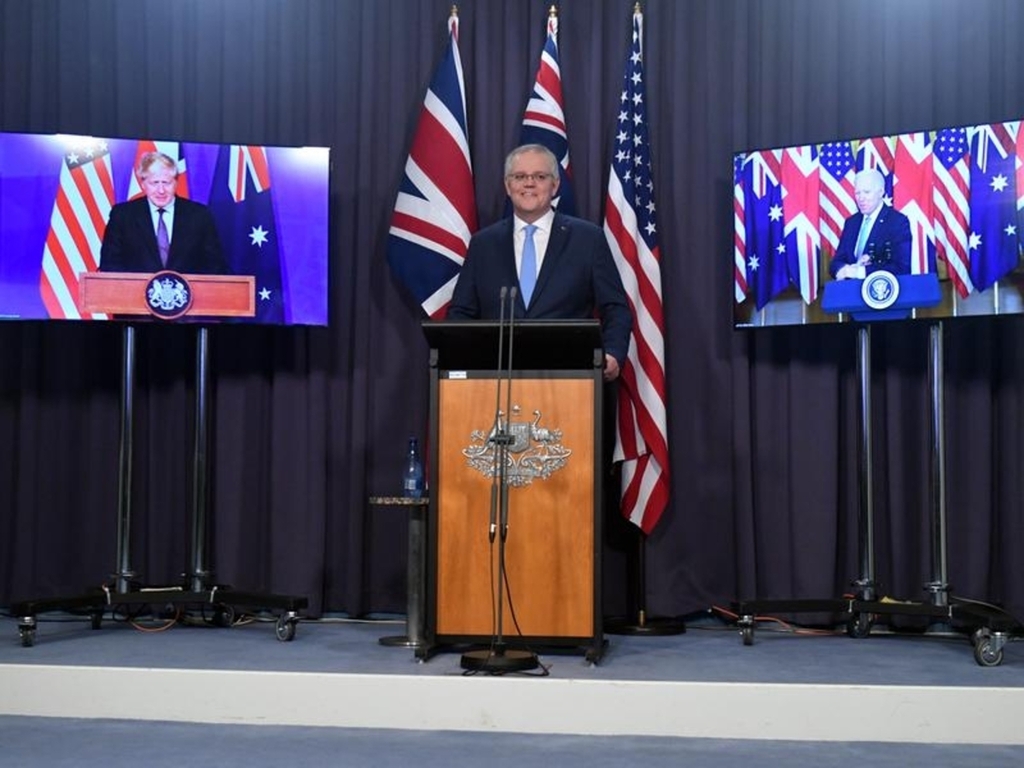 Australia will build nuclear-powered submarines as part of a landmark security pact with the United States and the United Kingdom.

Mr Morrison said the three "friends of freedom" would launch an 18-month investigation into building nuclear-powered submarines in Adelaide.

"But let me be clear. Australia is not seeking to acquire nuclear weapons or establish a civil nuclear capability," he said.

"We will continue to meet all of our nuclear non-proliferation obligations."

Mr Johnson said the AUKUS pact aims to preserve peace and stability in the Indo-Pacific region.

"We're opening a new chapter in our friendship," he said.

"The first task of this partnership will be to help Australia acquire a fleet of nuclear-powered submarines."

It will be the first time Australia has acquired submarines with nuclear propulsion systems.

Mr Biden said it was a historic step to deepen and formalise co-operation between the three nations.

"We all recognise the imperative of ensuring peace and stability in the Indo-Pacific over the long-term," he said.

Mr Morrison said it was a next-generation partnership, built on a strong foundation of trust.

"We have always seen the world through a similar lens," he said.

"We have always believed in a world that favours freedom, that respects human dignity, the rule of law, the independence of sovereign states and the peaceful fellowship of nations."

The pact is expected to rankle an increasingly assertive China.

There had been mounting speculation Australia would end its French submarine deal, which has been plagued by delays and cost blowouts.

The deal involved building 12 new submarines in Adelaide, with the first of the new vessels to enter service around 2035.

Mr Morrison is due to travel to Washington next week for a meeting of the Quad alliance of the US, India, Japan and Australia.

It will be his first US visit since Mr Biden became president.

Federal cabinet ministers were summoned to a secret meeting in Canberra on Wednesday ahead of the AUKUS announcement after being granted border exemptions to enter the ACT.