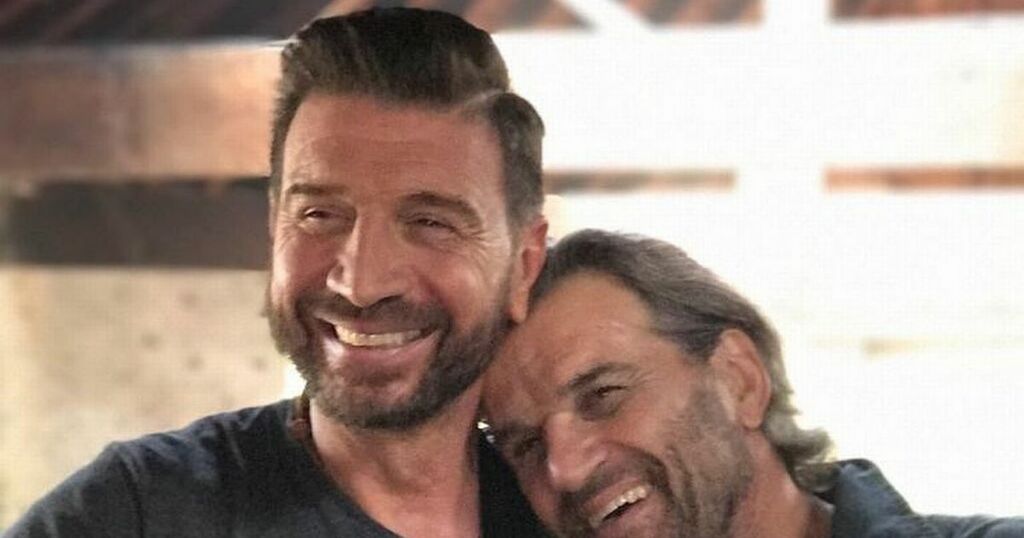 Who is Nick Knowles' brother – and how did DIY SOS host become famous?
Nick Knowles, host of DIY SOS, is back on our TV screens, and is airing every Tuesday at 8pm. The…

Penelope Mortimer’s 64-year-old novel is a powerful argument for letting women choose when and whether they become a parent.

Sports Illustrated
I was ready to play 'Horror Tycoon,' then I saw the developers' Nazi simulator

He remains one of the UK’s most recognised TV personalities and probably for his distinctive look, which is thanks to his infamous tan.

Whilst many onlookers may speculate that David's tan is fake, it is very real - the real deal, in fact!

His glistening and tanned skin comes from his loyal relationship with the sun, a lot of holidays, and his Armenian descent.

In 2017, the 80-year-old revealed the secret to his tanned skin during an exclusive interview with The Mirror.

David joked that television presenter Jonathan Ross calls him the "orange man" despite insisting that his tan is the real thing.

"But I’ve got olive skin from my Armenian heritage, and my real secret is getting as many holidays in as I can," he said.

His wife Lorne Lesley - whom he married in 1968 - gave an insight into the television presenter's glamorous skin and his dedication to the sun.

“He’s an absolute sun worshipper. I wheel him out in the morning, and he just lies here…” She said.

"I work hard so when I have time off, I treat myself and my wife to a wonderful hotel."

David and his beautiful wife Lorne have been married for a whopping 54 years and originally met in the 1960s.

They crossed paths in a nightclub in Manchester where Lorne was a cabaret singer and David was a struggling antique dealer.

David continues to remain humble about his roots and working background.

He told The Mirror: "Coming from a working-class background has helped keep me down-to-earth."

"I remember well not having any money, but now I’m older and I’ve got a foot in both camps."

“I’ve been very lucky all my life, always making money… Maybe I’ve got natural trading ability within my DNA," he added. "By the age of 14, I was buying wheels and selling them to other kids for their go-karts.”

Whilst David continues to claim that he steers far from a bottle of fake tan, he's open to starring in an advert for a tanning company.

According to Idol Net Worth, David has a net worth of $3m, which is approximately £2.2m.

The star-studded presenter's fortune is thanks to his dedication on-screen, including Bargain Hunt since 2000 and Dickinson's Real Deal since 2006.

His recognisable face and jolly personality have made him highly recognisable to onlookers as the shows have catapulted him into stardom.

“He has a lot of big fans," Lorne said. "He was doing the shopping in Marks & Spencer’s recently, and women kept banging their trolleys into his to get his attention!”

“Sometimes you go on holiday and you’re on a beach in the middle of nowhere, and someone comes along and goes, 'Well, what are you doing here?'" Dickinson said.

Who is Nick Knowles' brother – and how did DIY SOS host become famous?
Nick Knowles, host of DIY SOS, is back on our TV screens, and is airing every Tuesday at 8pm. The…

Penelope Mortimer’s 64-year-old novel is a powerful argument for letting women choose when and whether they become a parent.