The Indian authorities fear a second Hindu man may have been murdered in a retributory attack for supporting derogatory comments made about the Prophet Mohammed by a spokesperson from India’s ruling Hindu nationalist Bharatiya Janata Party.

Last week, a 54-year-old veterinary pharmacist, Umesh Kolhe, was killed in Amravati, in India’s western state of Maharashtra, by a group of five Muslim men as he walked home from work on June 21.

Mr Kolhe’s family were shocked by the killing and said he had no previous disagreements with anyone, while the police also could not initially find a motive.

“Umesh had two bags with him, which the assailants did not touch, so robbery as motive is questionable. He had no personal enmity or dispute to invite such an assault,” the victim’s brother, Mahesh, told the Times of India.

Now, Mr Kolhe’s family believe that he may have been a victim of a retribution killing after he had shared social media posts in support of Nupur Sharma, a BJP spokesperson who had made offensive comments about the Prophet Mohammed during a televised debate.

Separately, on Monday evening, a Hindu tailor in the western Indian city of Udaipur was beheaded by two Muslim men after he had shared a tweet in support of Ms Sharma.

The city has been placed under a partial curfew and internet access blocked across the entire state of Rajasthan over fears of retributory sectarian violence spreading.

The police in Amravati have said they will continue to probe the second potential murder: “Motive is still not clear. Our investigation is on,” said Aarti Singh, Amravati’s chief of police.

CCTV footage appeared to show the five men conducting a recce of Mr Kolhe’s shop and the surrounding area in the lead up to the murder and their mobile phones have been sent for forensic examination.

Nupur Sharma was fired from the BJP for her remarks but the impact of her statements have been colossal, with many Muslim nations demanding an apology from Delhi and saying the incident had damaged relations.

International terror organisations Isis and al-Qaeda both also vowed to carry out violent attacks in India. 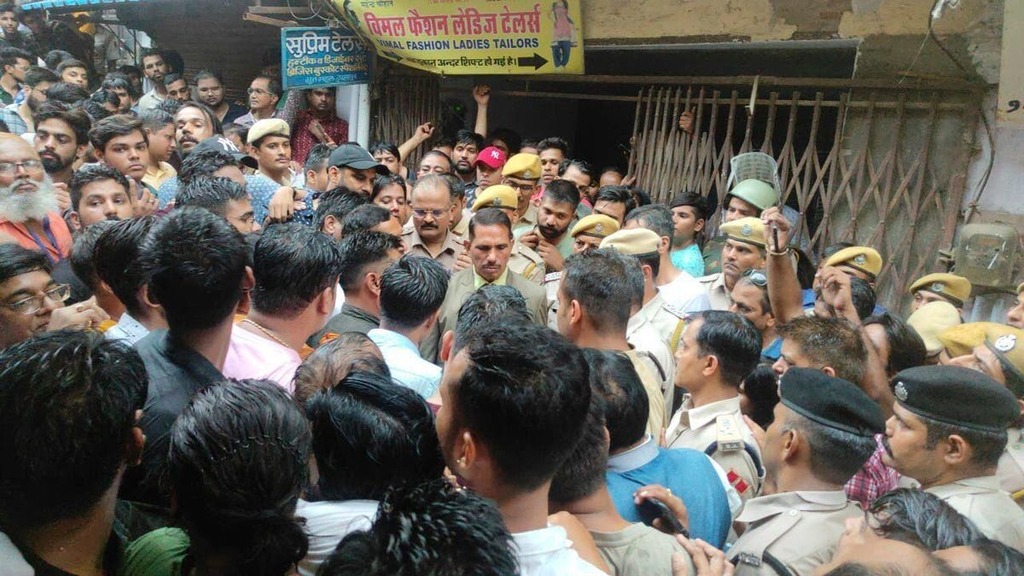 Two weeks before a Hindu tailor in India was hacked to death by two Muslim men who filmed the act,…

Tensions were high in the western Indian city of Udaipur on Wednesday, a day after police arrested two Muslim men…