Goma (DR Congo) (AFP) - The Democratic Republic of Congo on  Thursday introduced a second vaccine to fight a 15-month-old epidemic of Ebola in the east of the country, Doctors Without Borders (MSF) said.

The new vaccine, produced by a Belgian subsidiary of Johnson &amp; Johnson, will be administered to about 50,000 people over four months, the charity said.

It aims to broaden the fight against an outbreak that according to official figures has claimed 2,193 lives.

More than a quarter of a million people, many of them frontline health workers, have already been immunised with another anti-Ebola vaccine.

"It's not a replacement for the first vaccine, it's being used to complement it, especially in areas where there are no cases of (Ebola) transmission," MSF coordinator Steve Akuha told AFP.

The epidemic began in August 2018 in the province of North Kivu before spreading to neighbouring Ituri and South Kivu -- a remote and largely lawless region bordering Uganda, Rwanda and Burundi.

It is the DRC's 10th Ebola epidemic and the second deadliest on record after an outbreak that struck West Africa in 2014-16, claiming more than 11,300 lives.

Fifteen people received a first injection of the new vaccine in MSF facilities in the North Kivu capital of Goma early Thursday.The formula is administered in two doses at 56-day intervals.

"I've just had my vaccination.I'm going to bring my whole family along too," Joseph Munihire, a 38-year-old father of six, told AFP.

"I call on all those who still have any doubts to come and get vaccinated."

The disease's epicentre is in Beni-Butembo, about 350 kilometres (220 miles) north of Goma, a sprawling urban hub of between one and two million people on the border with Rwanda.

Four Ebola cases were recorded in the city in July and August, sparking fears the virus could spin out of control in a chaotic, mobile environment.

Efforts to combat Ebola in eastern DR Congo have been hampered by militia violence and local resistance to preventative measures, care facilities and safe burials.

Health workers have been attacked 300 times, leaving six people dead and 70 wounded since the start of the year, according to the government.

Despite these problems, statistics point to a downward trend.

The health ministry late Wednesday said it had recorded four new cases of Ebola but no deaths, while 508 suspected cases were being monitored.

"In its current phase, the epidemic is not urban but has become rural," Professor Jean-Jacques Muyemebe, in charge of coordinating the anti-Ebola fight, said last month.

"We have to track it down, force it into a corner and eliminate it," he said.

The new J&amp;J vaccine was initially rejected by DRC's former health minister Oly Ilunga, who cited the risks of introducing a new product in communities where mistrust of Ebola responders is already high.

But Ilunga's resignation in July appears to have paved the way for approval of the second vaccine.He is currently under investigation for alleged embezzlement of Ebola funds.

Both vaccines are novel formulas that, when they were introduced, had been tested for safety but were unlicensed, meaning that they had yet to achieve formal approval from drug authorities.

Manufactured by the US laboratory Merck Sharpe and Dohme (MSD), the first vaccine, rVSV-ZEBOV, was licensed by the European Commission last week.It is being marketed under the brand name of Ervebo.

The Ebola virus is passed on by contact with the blood, body fluids, secretions or organs of an infected or recently deceased person.

Following incubation of up to three weeks, a high fever develops, coinciding with weakness, intense muscle and joint pain, headaches and a sore throat.

This is often followed by vomiting and diarrhoea, skin eruptions, kidney and liver failure, and internal and external bleeding.

The death rate is typically high, ranging up to 90 percent in some outbreaks, according to the WHO.

The virus's natural reservoir is suspected to be a tropical bat which does not itself fall ill but can pass on the microbe to humans who hunt it for food. 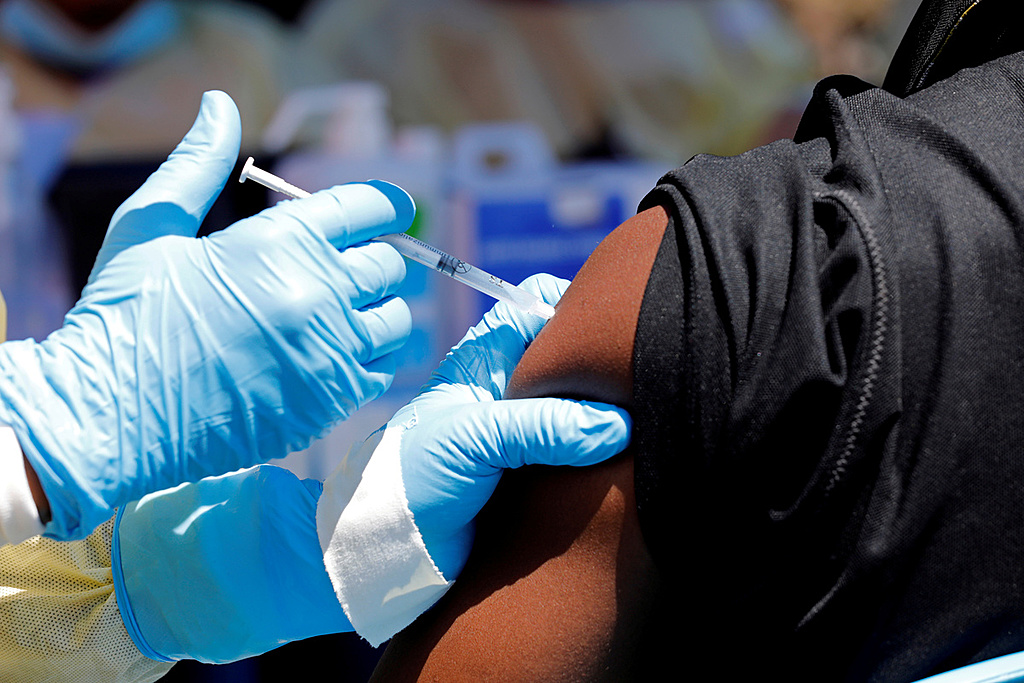 Reuters
One subscription that gives you access to news from hundreds of sites
DRCongo begins using second Ebola vaccine: MSF

AFP
Congo president says Ebola outbreak should be over this year

In big global health news, the European Commission has granted Merck Sharp and Dohme B.V. marketing authorization in Europe for…