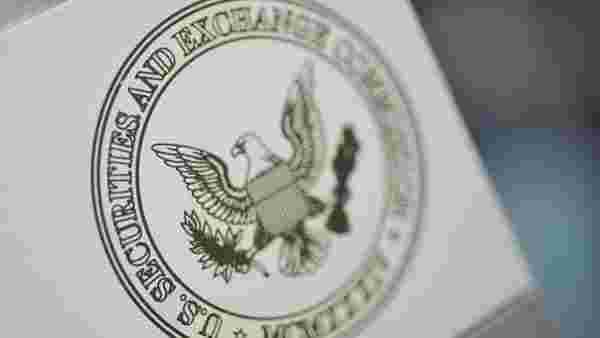 The Securities and Exchange Commission’s review of companies’ earnings per share has brought cases against three firms over the past year or so, and could come into greater focus under the regulator’s new leadership.

The initiative, launched a few years ago, reviews earnings per share for the majority of U.S. public companies at least once a year, looking to spot questionable reported figures. The team working on the effort, part of the SEC’s enforcement division, uses analytics and has built a database to try to pinpoint potential manipulators of EPS, the commonly used measure of a company’s financial performance.

“Three cases is not a huge amount, but it does show that they’re focused on it," said David Rosenfeld, associate law professor at Northern Illinois University and former co-head of enforcement for the SEC’s New York office. “It takes a fair amount of time to unravel cases involving accounting issues."

Investors use a company’s price-to-earnings ratio, which is calculated by dividing the share price by EPS, to help gauge a stock’s value relative to earnings.

EPS of companies in the S&P 1500 have largely climbed over the past decade, and the quarterly average EPS, as of June 30, was $1.298, up from 38 cents a year earlier, when companies were dealing with the onset of the coronavirus pandemic, according to FactSet Research Systems Inc., a data provider. Stock prices in recent years have risen faster than company profit, though corporate earnings remain the primary driver of stocks over the long term.

Analysts come up with EPS estimates for companies ahead of quarterly earnings announcements based on their projected future growth. It is unclear to what extent companies rely on earnings-management practices to meet or beat analyst estimates.

“Many investors suspect EPS manipulation is more common than the cases suggest," said Amy Borrus, executive director of the Council of Institutional Investors, which represents pension funds and other large money managers.

EPS manipulations usually aren’t detected by auditors conducting high-level reviews of companies’ quarterly financials. Auditors generally test a company’s internal controls and question executives about why they made large or unusual journal entries during a particular period, said Denis Usher, partner in charge of audit and consulting services for U.S.-listed companies at professional-services firm Mazars U.S.A. LLP. A challenge in detecting manipulations is that the accounting adjustments are usually small and don’t exceed a certain materiality threshold that auditors use for determining the aspects of quarterly adjustments to examine, he said.

The SEC’s so-called EPS Initiative in August chargedHealthcare Services Group Inc., which provides housekeeping and other services to healthcare facilities. The agency said the Bensalem, Pa.-based company failed to accrue for and disclose material loss contingencies—or a potential future loss—related to the settlement of private litigation in a timely fashion, as required by U.S. generally accepted accounting principles.

There are about 5,500 companies publicly listed on the New York Stock Exchange and Nasdaq combined, according to the exchanges. SEC officials use risk-based data analytics to find companies that may have engaged in manipulations, and sometimes rounding issues can lead to an investigation.

The initiative’s database was built on the basis of academic research dating back to 2009 that examined the unusually high absence of the numeral “4" in companies’ quarterly financial numbers, posing questions whether firms were improperly rounding up their earnings.

Companies continue to use the numeral “4" in their unrounded quarterly EPS in less than 10% of cases, highlighting the potential for earnings manipulation through strategic rounding, said Nadya Malenko, an associate finance professor at University of Michigan. She conducted the research with former SEC commissioner Joseph Grundfest and Yao Shen, an assistant finance professor at Baruch College.

The researchers assumed that every number should appear in the tenths place of unrounded EPS 10% of the time. Some companies could have an unusually low usage of “4" by statistical chance, but there is a strong correlation between this low usage and firms’ future restatements in their overall financials, Ms. Malenko said.

“We have a…metric that appears to be a remarkably powerful predictor of problematic accounting behavior," said Mr. Grundfest, now a professor of law and business at Stanford University.

The SEC seeks to detect other earnings-management practices that are in violation of federal securities laws, including not recording loss contingencies in the appropriate quarters and making unsupported adjustments, such as those made to stock-based compensation accounts.

Fulton Financial agreed to pay $1.5 million to settle the charges, while Interface settled for $5 million and Healthcare Services for $6 million. The median fine that public companies paid in cases involving financial reporting for the year ended September 2020 was $1.5 million, according to consulting firm Cornerstone Research.

Interface and Fulton Financial declined to comment. Healthcare Services didn’t respond to a request for comment. The companies and the individuals didn’t admit or deny the charges in settling with the SEC.

The U.S. securities regulator, currently, is investigating multiple companies over potential manipulations of earnings per share as part of the ongoing initiative, which may result in charges, a person familiar with the matter said.

Unlike initiatives such as those focused on share-class selection disclosure—in which investment advisers provide conflicts of interest related to their practices—and short selling, the EPS initiative involves investigating financial fraud, which is particularly complex. The probes require witnesses and auditors to testify and the SEC to conduct a detailed analysis of GAAP. Financial fraud investigations typically take between 18 to 24 months.

The SEC’s recent settlements could spur auditors to review more quarterly journal entries than they normally would, Mazars’ Mr. Usher said. “It may heighten our sense of risk related to those smaller journal entries that we might not have paid as much attention to in the past," he said.