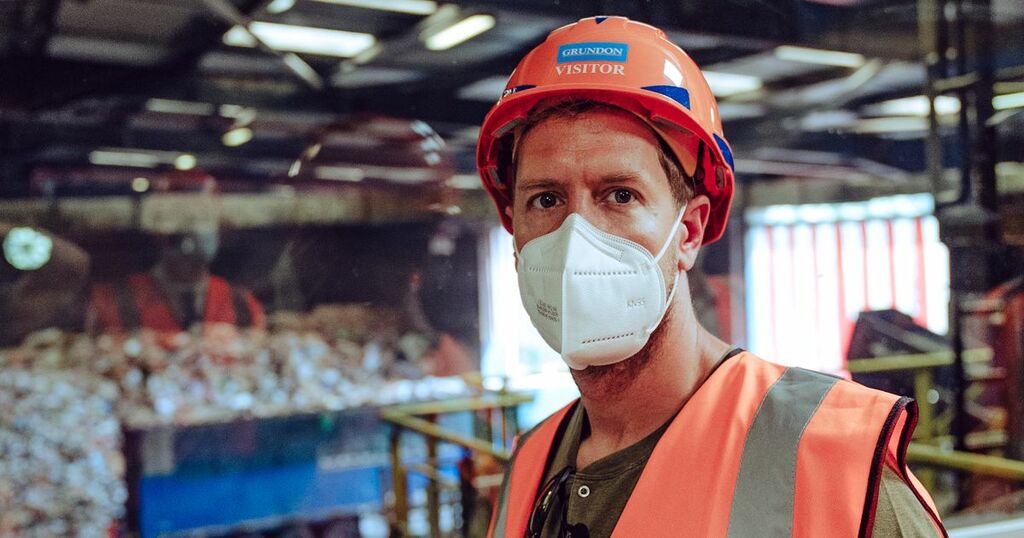 Sebastian Vettel has warned that F1 will become extinct if the sport keeps making environmental "mistakes."

The four-time world champion has long embraced his status as an environmental-activist, and at this year's British Grand Prix, attended by 140,000 fans, he stayed on late to help out with the post-race grandstand litter pick.

And now the German star, currently driving for Aston Martin, has argued that unless more is done to make F1 "green," there will be grave consequences.

Speaking to Motorsport Total , he was asked if the sport dying out was a realistic fear.

"Sure, and I think it's valid because F1 is not green," he said.

"I think we live in a time where we have innovations and possibilities to arguably make Formula One green as well, and not lose any of the spectacle, of the excitement, of the speed, of the challenge, of the passion.

"If anything, we have so many clever people and engineering power here, we could come up with solutions. But the current regulations, I think they're very exciting, the (hybrid) engine is super efficient, but it's useless.

"It's not going to be an engine formula that you will buy on the road in two years when you decide to buy a new car, for example. Therefore, you can argue, what is the relevance?

Vettel, 34, did acknowledge that provisional discussions about making the sport more eco-friendly had taken place, but said if changes weren't implemented F1 will "disappear."

"I think there are certain things that people are talking about for the future of the sport in terms of regulations, that could shift the change and shift into more relevant changes," he continued.

"We are at the stage where we know we've done mistakes, and we have no time to keep doing mistakes."

Vettel is driving in his 16th consecutive F1 season, having debuted with BMW Sauber in 2006.

Last month, he triggered the option of a one-year extension to his contract with Aston Martin, and will again line-up alongside Lance Stroll for the 2022 season.