Sebastian Vettel has an opportunity waiting for him in Formula E as doubts over his F1 future continue to grow.

Vettel, 34, has cemented his status as one of the legends of the sport, having won four consecutive world titles with Red Bull from 2010-2013. He later twice finished runner-up during a six-year stint at Ferrari, before signing up for Lawrence Stroll's ambitious project at Aston Martin.

However, things have not gone to plan for the German star since the move. His 2021 campaign was an underwhelming one, finishing 12th in the standings having won just 43 points over the course of the season.

This year has signalled the dawn of a new era in F1, with stringent new regulations introduced, designed to make racing more competitive. The concept was expected to help the likes of Aston Martin challenge more often, but the team have struggled thus far in 2022.

Vettel himself has endured a torrid start, forced to miss the first two races in Bahrain and Saudi Arabia due to Covid-19. Upon his return, he failed to finish at the Australian Grand Prix, before crossing the line eighth Imola and then finishing 17th in Miami.

The icon has also been a frequent critic of F1 for failing to react accordingly to climate change. Despite bosses pledging to have a net-zero carbon footprint by 2030, Vettel said last year that the sport will become 'extinct' if it keeps making the same 'environmental mistakes'.

Vettel's views have not been lost on DS Techeetah Formula E boss Thomas Chevaucher, who clearly thinks the concept of electric cars could entice the star: "Sebastian is very interested in environmental protection and has climate change in mind, just like we do in Formula E," said Chevaucher, via givemesport.

"We do not know to what extent he is interested in continuing his career in Formula E, but we would like to give him the opportunity to try out a CO2-neutral racing car." In its eighth season, Formula E has placed huge emphasis on environmentally-friendly cars.

And whilst it boasts former F1 drivers like Jean-Eric Vergne and Pascal Wehrlein, the capture of Vettel would undoubtedly increase publicity and media interest. It would also potentially pose an intriguing final challenge in his motorsport career.

Vettel has been in the news of late, this month appearing on BBC Question Time and taking aim at British Prime Minister Boris Johnson. He also amused fans with his 'underpants' protest in Miami.

Following an FIA clampdown on the types of undergarments drivers are required to wear, Vettel responded by wearing his boxer shorts over his overalls in the team garage. He also spoke up for Lewis Hamilton, who has been threatened with a race ban for wearing jewellery whilst competing at Grand Prix's.

In February, he was also the first driver to declare he would not take part in the Russian Grand Prix amid the invasion of Ukraine - before the race was officially cancelled: "I should not go, I will not go," he said. "People are being killed for stupid reasons. A very strange and mad leadership." 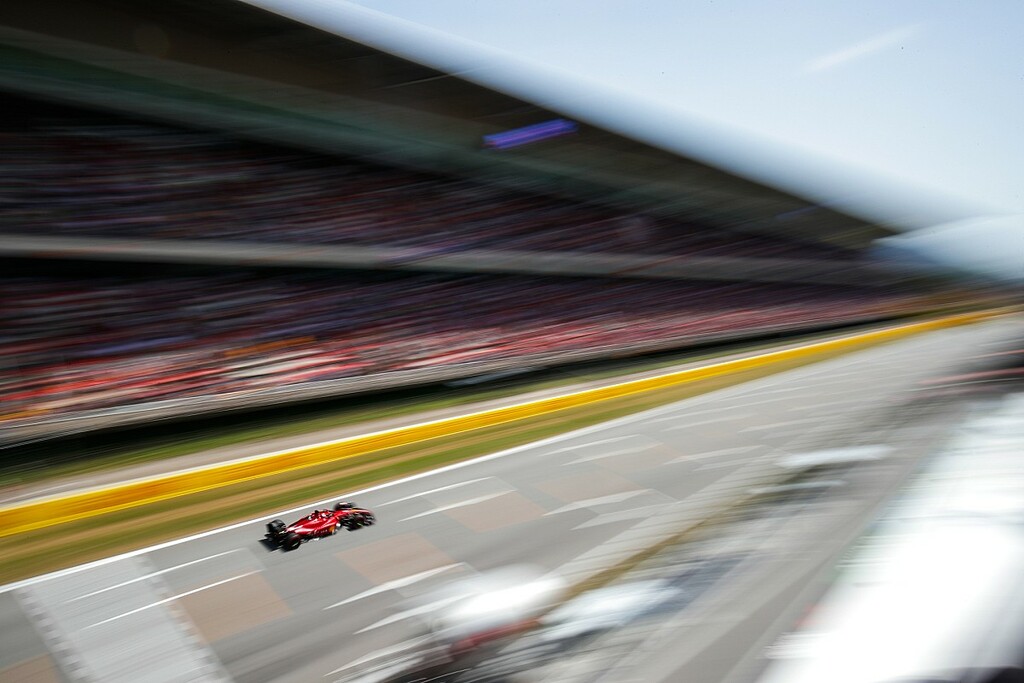 F1 Spanish GP qualifying - Start time, how to watch & more
Charles Leclerc topped Friday practice for Ferrari at the Formula 1 Spanish Grand Prix. Here’s how and when to watch…

Sebastian Vettel does not expect “a massive jump straightaway” from Aston Martin’s significant Formula 1 upgrade package in Spain, but…