By Diega Urdaneta in Marin, with Marion Thibaut in Montreal
CanadaSpain

Marín (Spain) (AFP) - Rescue teams off eastern Canada ended a search Wednesday for survivors from a sunken Spanish fishing trawler with only three of the boat's 24-person crew pulled out alive.

Spain was in mourning over the accident, which its agriculture and fisheries minister, Luis Planas, said was "the worst tragedy we've had in the fishing sector in 38 years".

Rescuers had been searching for 12 victims, with nine already confirmed dead and three others plucked alive from the Atlantic Ocean after the trawler sank in bad weather.

"The search for the 12 missing fishers aboard the FV Villa de Pitanxo has been suspended," Brian Owens of the Joint Rescue Coordination Centre (JRCC) in Halifax, Canada told AFP.

After initially indicating that 10 bodies had been recovered, on Wednesday Canadian officials corrected the death toll to nine.

The last time Spain suffered a major fishing disaster was in July 1984 when a sardine boat called the Islamar III sank off the Canary Islands, claiming 26 lives.

"This is a job which not only is very hard but is also very dangerous," Planas added.

In Madrid, lawmakers observed a minute of silence in parliament for the dead and the missing from the trawler, which went down some 250 nautical miles east of Newfoundland.

Of the 24 crew members, 16 are Spanish, five Peruvians and three Ghanaians.

"Once again the people of the sea have been hit very hard," said Alberto Nunez Feijoo, head of Spain's northwestern Galicia region where the boat was based.

"Galicia is a big family and when a family is struck by a tragic event, it unites in grief to seek comfort," he said, announcing three days of mourning for the victims.

Planas said eight vessels, among them Spanish and Portuguese fishing boats, had joined the search for survivors from the Villa de Pitanxo, after the 50-metre (164-foot) fishing vessel sent out a distress signal at 0424 GMT on Tuesday.

By Wednesday morning, hopes of finding the missing crew members were fading.

"We are talking about a rescue...in extremely difficult sea conditions, with water temperatures that mean as soon as a person falls in they won't last long," said Feijoo.

It was not immediately clear what caused the boat to founder but Javier Touza, head of the Shipowner's Cooperative in the northwestern Spanish city of Vigo, said it was likely struck by a wave.

"This would cause a massive entry of water into the ship, and cause it to sink almost immediately," he told TV station Antena 3.

"Although we may not be able to find survivors, it is very important for the families to collect the bodies so they can rest in peace."

In Galicia, the families of the crew had hung onto the hope of any news of their loved ones.

"I am devastated, I can't bear it," she told reporters.

"In front of them, I can't show how I am really feeling because they don't know yet," she added before breaking down in tears.

She and her husband are both from Peru.

The three survivors were found on a life raft by a Spanish fishing boat five hours after the Villa de Pitanxo sent out a distress call.

Suffering from hypothermia, they were airlifted to safety by a Canadian helicopter.

Among the survivors was the ship's captain, Juan Padin Costa and his nephew Eduardo Rial Padin, whose mother expressed her relief in remarks to Spain's public television.

"I am relieved because he is alive, thank God, but I'm so sorry this can't be said for so many of his colleagues," said Gloria Padin Costas, breaking down in tears. 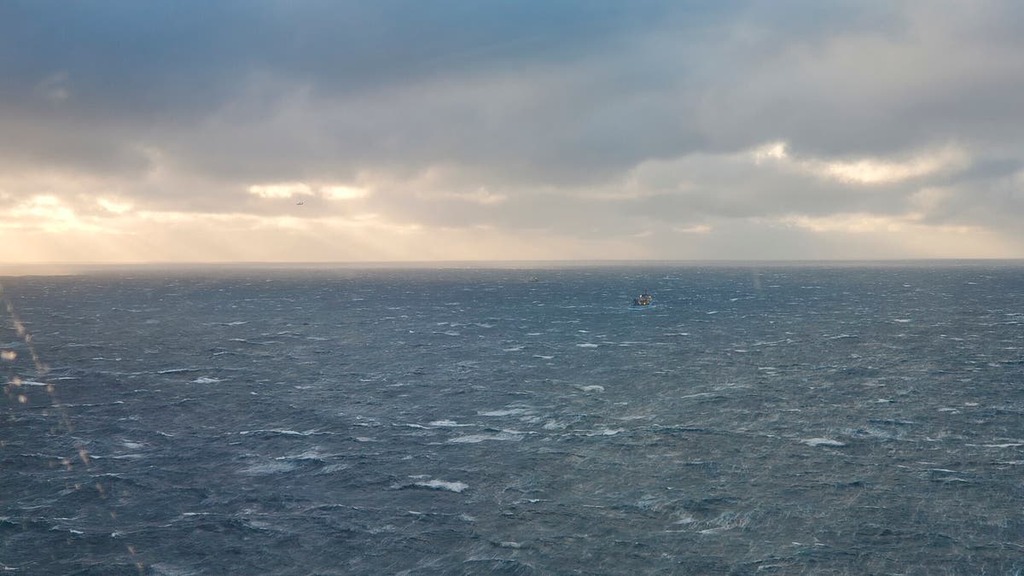 (This February 16 story corrects lead paragraph after Canadian rescue officials changed the number of dead to 9 from 10,…

Madrid (AFP) - Spain was in mourning Wednesday for its worst fishing tragedy in almost 40 years, as Canadian rescuers…

Marín (Spain) (AFP) - Spain was in mourning Wednesday after its worst fishing tragedy in decades, as rescue teams off…