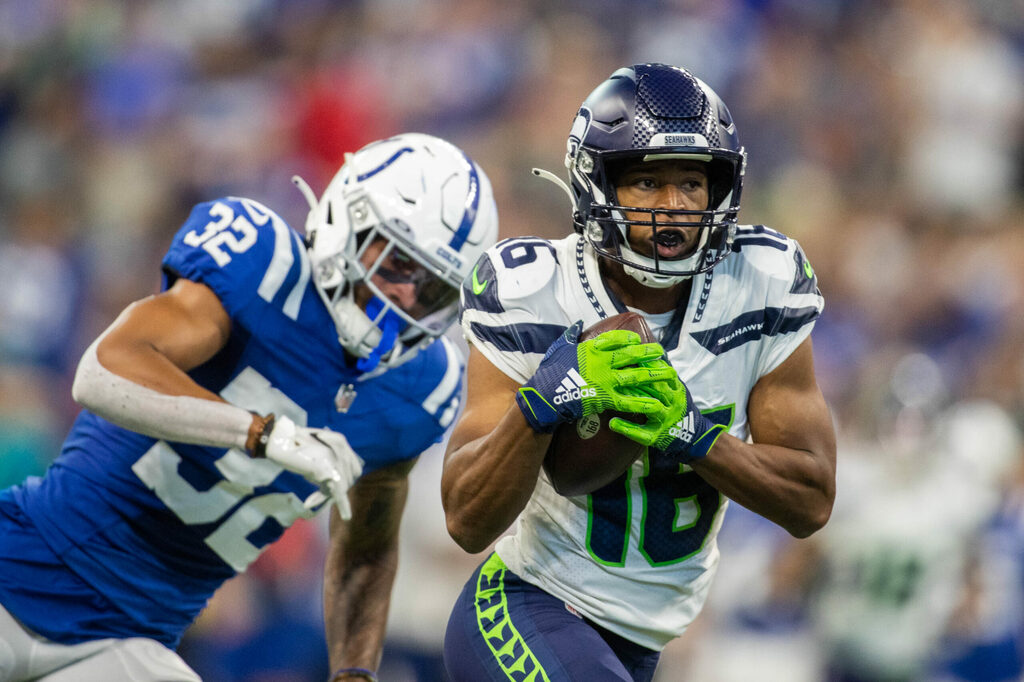 How Tyler Lockett still manages to fly under the radar after nearly 100 games in the NFL is beyond comprehension. Since he was drafted by the Seahawks back in 2015, Lockett has been one of the league’s most efficient wide receivers and he routinely makes plays that very few can. He seems to be getting better with time, as well. Last year Lockett posted a career-high 132 catches and matched his 10-touchdown mark from 2018.

Lockett seems to have picked up right where he left off in 2020. In Seattle’s dominant Week 1 win over the Colts, Lockett looked as sharp as ever. He caught four of five targets from a red-hot Russell Wilson, totaling 100 yards and two touchdowns. For his efforts, Lockett has been named one of Week 1’s secret superstars by Doug Farrar at Touchdown Wire.

“It’s not that people don’t know who Lockett is. . . but it seems as if he’s never been given the recognition he deserves for his downfield speed, route preciseness, and value to Russell Wilson. In 2018, when he targeted Lockett, Wilson had a passer rating of 158.3, the highest possible. Against the Colts on Sunday in a 28-16 win, Lockett showed over and over that he’s a perfect foil for new offensive coordinator Shane Waldron’s more expansive passing concepts.”

Maybe some day Lockett will get his due respect. From where we’re sitting it’s always been clear that he’s one of the top receivers of this generation.