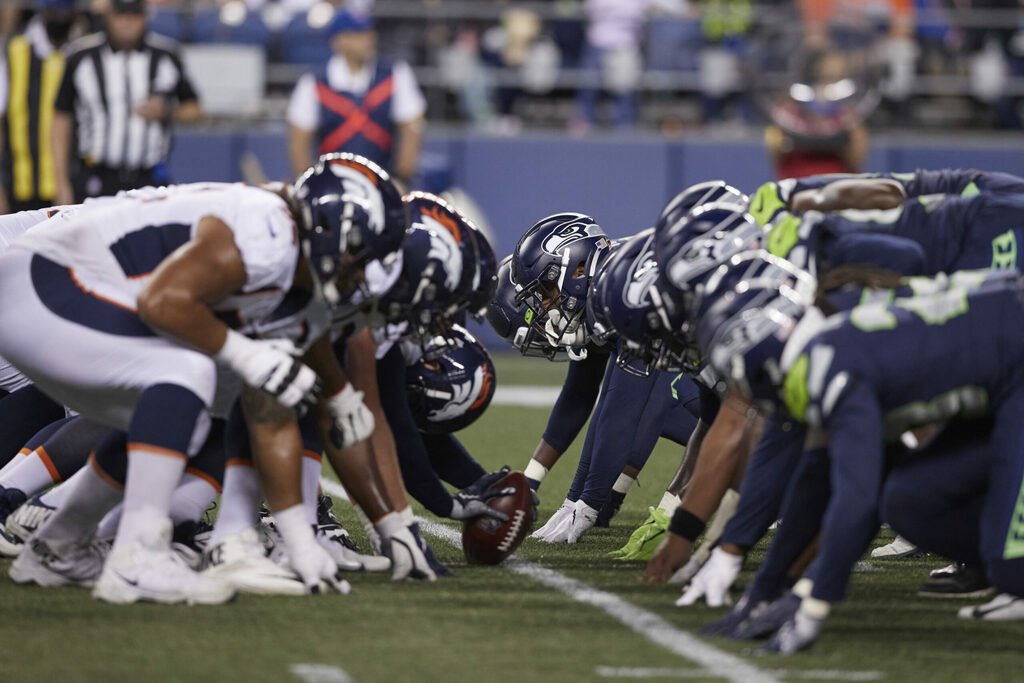 Wilson is 10-3 in his career in Monday night games.

The Broncos will host the Texans in their home opener in Week 2.

The Broncos have five prime-time games this year, the league max for the initial schedule.

USA Today Sports Media Group
One subscription that gives you access to news from hundreds of sites
NFL 2022 schedule: Stay tuned! It's the start of major broadcasting changes.
LOS ANGELES — The Rams and Chargers are in the spotlight.

Evening Standard
Eoin Morgan exclusive interview: The T20 World Cup is my main target... but I’ll have to play it week by week

SEATTLE — Seahawks fans won’t have to wait long for what may be the most-anticipated return of a former player in team history.

The matchup of Denver and Seattle was set long ago in the NFL’s scheduling formula.

But the game took on added resonance when Wilson was traded by Seattle to Denver on March 8.

And the NFL — never one to miss a chance at maximizing hype — will try to get as much exposure out Wilson’s return to Seattle by putting it in the marquee Monday night time slot to open the season.

The NFL also announced that the Seahawks will play at San Francisco on Sept. 18 in week two of the season. That game, at Levi’s Stadium, is set to kick off at 1:05 p.m. and televised on Fox Sports.

The Monday night opener against Denver will also be the debut for the broadcast team of Jack Buck and Troy Aikman on ESPN/ABC, with the network luring them away from Fox Sports in the offseason.

Each NFL team announced its home today at 3 p.m. as a prelude to the unveiling of the full schedule at 5 p.m. Opponents have been known since the end of the 2021 season with the NFL waiting until today to release the dates, times and TV designations of all games.

The Seahawks last week found out they will play Tampa Bay in Munich on Nov. 13 in what will be the first regular season game in Germany and the third international game for the Seahawks.

Wilson coming back to Seattle will rank right up there — if not at the top — of other noteworthy returns of iconic figures in the city’s sports history, along with that of Lenny Wilkens in 1972, Alex Rodriguez in 2001 and Ken Griffey Jr. in 2007, to name a few.

And for what it’s worth, the game will also be just the third between the two teams since Seattle beat the Broncos, 43-8, in the Super Bowl following the 2013 season. Seattle beat Denver in overtime the following season, 26-20, while the Broncos beat the Seahawks in Denver to open the 2018 season, 27-24.

And while fans and football analysts will forever debate who won the trade, the game will undoubtedly serve as at least something of a referendum on which team is better off. While Denver got Wilson, the Seahawks got quarterback Drew Lock, tight end Noah Fant and defensive end Shelby Harris in return as well as five draft picks, including two it used this year on left tackle Charles Cross (ninth overall), edge rusher Boye Mafe (40th).

Seattle also got pick 145 this year out of the trade, which it then dealt to Kansas City to move down and get another pick, then selecting edge rusher Tyreke Smith at 158 and receiver Dareke Young at 233.

Seattle also has Denver’s first- and second-round picks next year as part of the deal.

The Seahawks will also at some point in 2022 welcome back Bobby Wagner, now with the Rams, who Seattle will play twice next season.

The week two game at San Francisco will give Seattle an especially challenging opening to the season, with the 49ers coming off a run to the NFC title game a year ago.

Russell WilsonSeahawksBroncosSeattleFootballNFLESPNABCFox Sports
Sign up to read this article

Wilson is 10-3 in his career in Monday night games.

The Broncos will host the Texans in their home opener in Week 2.

The Broncos have five prime-time games this year, the league max for the initial schedule.

USA Today Sports Media Group
One subscription that gives you access to news from hundreds of sites
NFL 2022 schedule: Stay tuned! It's the start of major broadcasting changes.
LOS ANGELES — The Rams and Chargers are in the spotlight.