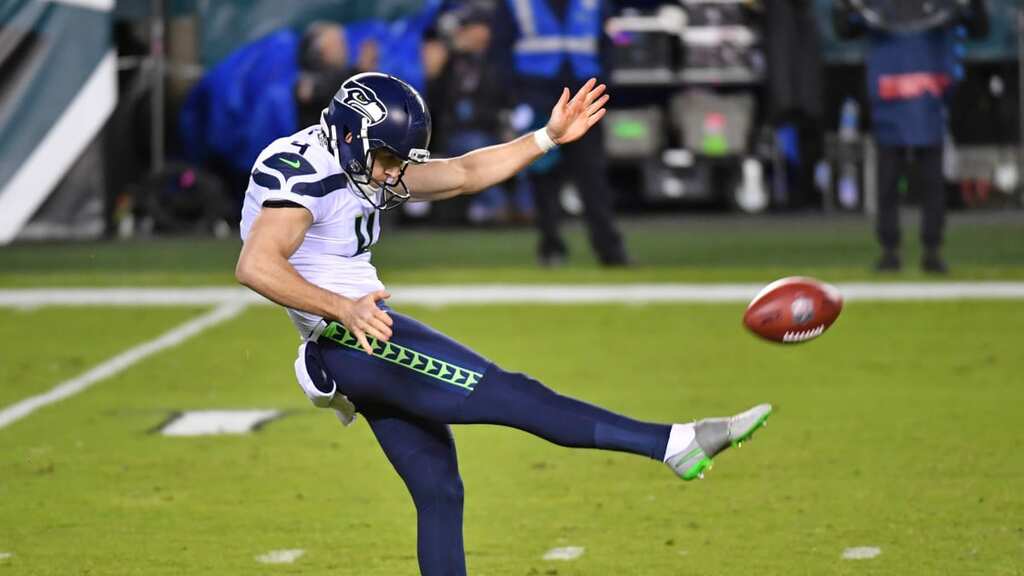 In the midst of a wild Thursday Night Football matchup between the Seahawks and Rams, the wackiest play of the day may have come on a punt.

After Los Angeles's defense forced Russell Wilson and Seattle into a three-and-out late in the third quarter, Seahawks Pro Bowl punter Michael Dickson lined up to punt before Rams linebacker Jamir Jones broke through and deflected his punt.

The ball bounced to Dickson's left, and he alertly picked it and started to run. Instead of continuing with the run, he stopped to kick the ball again, this time booming it 68 yards to the Rams' 11-yard line.

Following the second punt, it was debated whether Dickson's second boot was illegal. According to FOX Sports rules analyst Mike Pereira, the league created a rule that stated that a second kick of the ball on the same play was illegal.

However, according to a tweet NFL Officiating, the punt was blocked and recovered by the kicking team. The punter kicked the ball again from behind the scrimmage, and therefore it was indeed a legal punt.

The play resulted in a lengthy discussion from the game's referees, and ultimately, this one bounced the Seahawks' way.