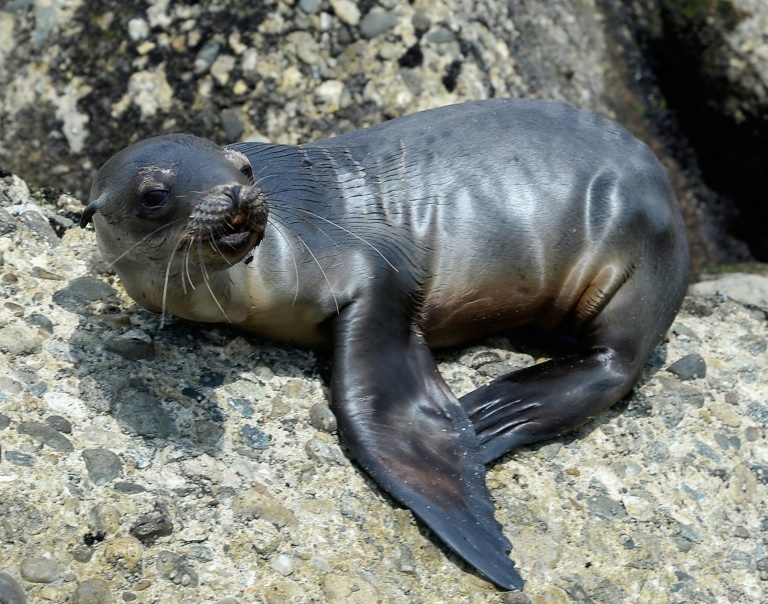 Mexico City (AFP) - The population of California sea lions is down dramatically due to climate change, but in one natural refuge area off the coast of northwest Mexico, they are doing well and delighting tourists who dare to swim with them.

The number of this species of sea lion in Los Islotes, located in the Gulf of California -- a finger-shaped body of turquoise water between the Baja California peninsula and the Mexican mainland -- has grown from 500 to 700 in 10 years, said Hiram Rosales Nanduca, a researcher from the Autonomous University of Southern Baja California.

It is one of 13 colonies of this kind of sea lion identified in the gulf, which is also known as the Sea of Cortez.

"The only colony that not only has remained stable but has increased slightly is that of Los Islotes," Rosales told AFP.

Otherwise, the population of Zalophus californianus -- their scientific name -- in the Gulf of California has dropped by 65 percent from 1991 to 2019.It went from 45,000 to 15,000 animals because of an increase in the temperature of the water, said the Ensenada Center for Scientific Research and Higher Education, which is located in Baja California.

The trick at Los Islotes is to restrict human activities such as fishing and tourism.There, the sea lions have a sanctuary where they can rest and reproduce, said Rosales.

Indeed, tour operators suspend visits during the mating season so as not to disturb the animals.

Outside that season, human visitors can set out on a tour boat and even swim with these grayish-brown sea lions that sport long moustaches and swim equally well on their backs and tummies.

"It is a little scary, but I got used to it and it was really cool," said Esmeralda Fonseca, a US tourist who swam with the sea lions along with a group of girlfriends in their 20s.

Adult California sea lions tend to be territorial and keep their distance from people, but young ones like to get close to humans.

"They are interesting, playful and fun," said Jacqueline Ojeda, a tour guide.

Tourists can also see rock formations, sea birds and -- with a bit of luck -- dolphins, orcas and whales, depending on the season.

Ojeda said the population of California sea lions has grown, "and I think this is good, but it can improve.We need to be more responsible in taking care of them."

Los Islotes is part of a Gulf of California protected area that has been a UNESCO World Heritage site since 2005.