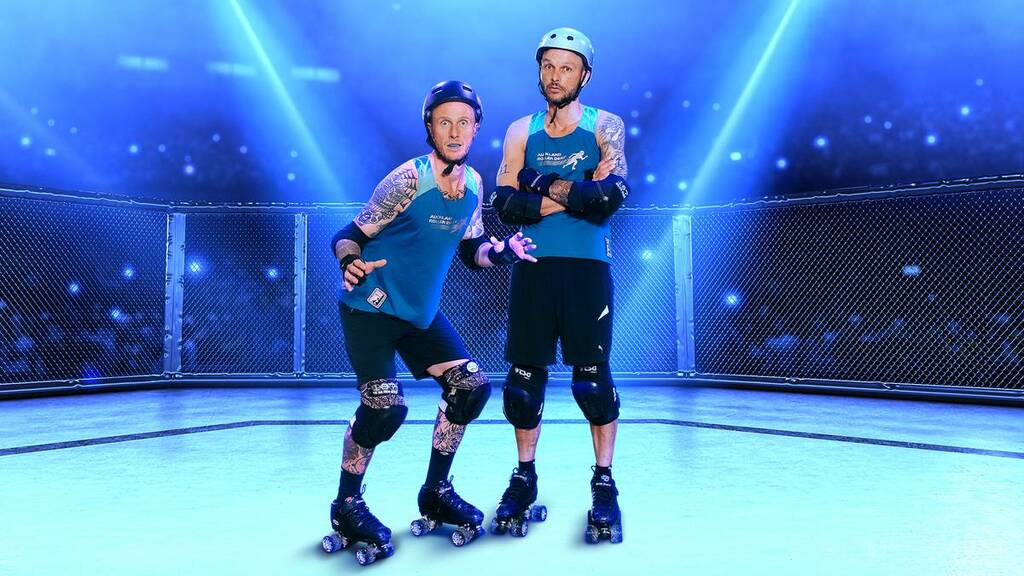 Jono and Ben make their victorious return to the telly tonight with a new show that's sporting mad. Or, rather, a show that's all about mad sports. Each hour-long episode of Good Sports follows The Hits Breakfast hosts as they travel around Aotearoa sniffing out the strangest and most unique sports they can. Forget boring, run-of-the-mill stuff like rugby, tennis or golf. Instead the comedic power-duo will try their hand at bathtub racing, lawnmower racing, kite surfing and even Harry Potter's favourite game, Quidditch. Along the way they'll learn how these unusual pastimes found a base of loyal Kiwi enthusiasts and meet the people that are passionate about them. Will sport be the winner on the day? Tune in to find out.
Screening tonight, 8pm, TVNZ 2 and on TVNZ OnDemand.

Scenes from a Marriage
(Neon)

Film auteur Ingmar Bergman's original 1973 miniseries about a disintegrating marriage was so popular that it was held responsible for the skyrocketing divorce rate in Europe after its release. Which is something to keep in mind if watching this star-studded remake during these trying lockdown times...

Here, Jessica Chastain and Oscar Isaac play the couple falling out of love, making each other miserable and letting their eyes wander. Over its five episodes, you better believe it gets emotional, with one critic saying the pair are "absolutely outstanding, capturing emotional injury, selfishness, self-preservation and despair with an accuracy that may leave you curled up in a ball, needing time to recover before the next episode". Golly.
Streaming from Tuesday.

This slick-looking action flick should make for some killer Friday night entertainment. Mary Elizabeth Winstead stars as a highly skilled assassin who gets set up and poisoned while on a hit job in Tokyo. Having identified the fatal toxin as a slow-moving poison she vows to spend her last hours extracting violent bloody revenge on the yakuza that killed her.

The always great Woody Harrelson co-stars and while reviews have been mixed, critics have been in agreement on the quality of its action, with one saying, "It's a bloody and entertaining ride."
Streaming from tomorrow.

Taika Waititi continues his winning streak with this new series that he co-created and co-wrote with the American film-maker Sterlin Harjo. The show's a quirky comedy that follows four indigenous teens who have a dream to escape rural Oklahoma for a new life in the exotic, far-off land of California. To make their dreams a reality the quartet turn to a life of small-time crime. Which eventually sees them attracting unwanted attention from both sides of the law.

The show's also notable for being the first American production to have a completely indigenous staff in front of and behind the camera. Critics have been won over, it's sitting on a perfect 100 per cent Rotten Tomatoes score, with one gushing that it's "full of heart and the right amount of humour, an excellent coming of age series".
The first three episodes land on Star on Wednesday.