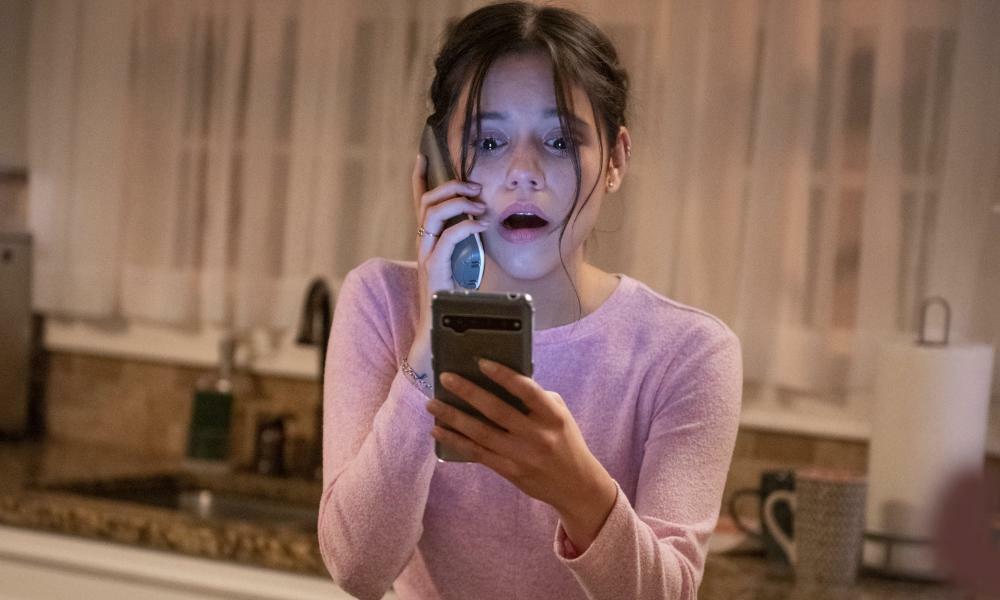 So here is Scream. Actually, it should be called Scream 5, and they must surely have thought about 5CREAM. But this one has gone for the solemn franchise-tic of jettisoning the title number as if longevity entitles the latest iteration to automatic classic status. In fact, Scream pre-emptively satirises precisely this affectation, with fans mocking the makers of the film-within-a-film “Stab” franchise who are pompously calling their latest episode “Stab”, instead of Stab 8. There is some watchable gonzo humour to this fivequel (though I hid under my seat for the violent bits.)

The Scream films, about a serial killer called Ghostface who slaughtered his victims according to the scary-movie rules tabulated by nerd-cool connoisseurs and who can only be survived or defeated by sticking to those rules, were born in the irony boom of the 90s. (My fellow film critic Matthew Turner points out that Scream movies also had an unintended irony, on which they are very silent: the Weinstein brothers were involved in production and distribution and the franchise featured the assault and abuse of female actors.) Horror maestro Wes Craven, who died in 2015, directed the first four and this fifth film is directed by Matt Bettinelli-Olpin and Tyler Gillett. Original Scream writer Kevin Williamson has an executive producer credit.

We are back in Woodsboro, the small town where the trouble started. Jenna Ortega plays Tara (pronounced “terror”), a home-alone teen who is texting her friend and intensely annoyed by ringing from something called a “landline”. A horribly familiar voice asks her what scary movies she likes – and the ghastly old boomer psychopath is enraged when Tara pertly nominates The Babadook, this “exalted horror” being apparently superior to the cheesy slasher canon. Further infuriated when this Gen Z wokester starts talking about It Follows and The Witch, Ghostface shows up in person with his cloak and mask and the cold-steel mayhem ensues.

Tara’s long-estranged sister Sam (Melissa Barrera) arrives with her boyfriend Richie (Jack Quaid) and reveals a grim secret about their connection to the original killings. And after some consultation with Tara’s friend group, Sam asks for help from veteran cop and Ghostface-nemesis Dewey Riley (David Arquette), whose involvement brings in Sidney Prescott (Neve Campbell) and Gale Riley (Courteney Cox). The horrible truth dawns. Ghostface is now involving them in a “requel” – a reboot-slash-sequel – whose purpose is to appease the toxic fandom by introducing a younger cast but respectfully leaving “legacy characters” like Riley, Sidney and Gale intact. And Ghostface is the most toxic fan of all.

Perhaps there is less zap in Scream nowadays and archly invoking the newer generation of indie horror – Jordan Peele is mentioned, with absolute respect – only serves in the long run to remind you how elderly Scream is. But it’s still capable of delivering some piercing high-pitched decibels.

• Scream is released on 13 January in Australia, and on 14 January in the US and UK.