If it felt like a long time coming, that’s because it has been. Amid the gaudy pomp and ceremony, the Queen’s speech contained a series of pledges that could substantially improve life for millions of renters across England. Sitting against an almost comically gilded backdrop, Prince Charles spoke of a government ready to “improve the regulation of social housing, strengthen the rights of tenants and ensure better quality safer homes”.

The proposed renters’ reform bill contains one particularly eye-catching commitment. For years, housing activists and charities have fought for the abolition of section 21 of the Housing Act (1988), an insidious piece of Thatcherite legislation that became better known as “no-fault evictions”. The premise is simple enough. Under the terms of section 21, private landlords have been able to evict tenants without a reason, and giving just two months notice.

This isn’t the first time such a promise has been made. In the spring of 2019, Theresa May’s government sounded its intention to scrap no-fault evictions, after the then housing minister, James Brokenshire, apparently experienced a Damascene moment of clarity during a visit to a homeless people’s shelter in Bristol. But the following three years have only seen the practice intensify, despite the brief lull occasioned by the temporary pandemic eviction ban. According to research by Shelter, the UK’s largest housing charity, an extra 200,000 private renters in England were served with no-fault evictions since the first commitment to scrap them was issued, at a rate of one every seven minutes. Change was supposed to arrive finally in 2021, before being shelved until last week.

Though the latest pledge has been broadly welcomed by campaigners and housing charities, most have struck a note of caution. Promises are easily made. Guiding them through into law is another matter entirely. “The quicker we put no-fault evictions on the scrapheap, the better”, said Polly Neate, Shelter’s chief executive. “This unfair practice has no place in our society and the government agrees – but its promises are just words on a page until they become law. The government needs to finish the job and get rid of section 21, because every minute wasted leaves renters at risk.”

The idea of a “no-fault eviction” always carried an air of phoney moral neutrality. Perhaps the intention was to provide some crumbs of comfort, in knowing at least that you weren’t expected to shoulder any blame for being turfed out of your home at minimal statutory notice. It’s an issue that has cut across demographics and regions. A form of legally built-in precarity that has hit north and south, young and old alike. The young family in Bedfordshire who had to scrabble for a new place, only to find themselves paying £350 more a month and with their savings obliterated. The woman and her and daughter in Manchester, turfed out after 15 years for daring to request repairs to their home. Many have spoken of a perpetual stress that amounts to physical illness.

Though doubtlessly a positive step, scrapping section 21 doesn’t do much to address the problem of spiralling rents. After all, much has recently been written about the cost-of-living crisis, a catastrophe of steeply rising prices seemingly spread across every essential need of daily life, where food, fuel and shelter are increasingly sources of anxiety for millions. Over the past year, private rents have risen at record rates across the UK, with demand greatly outstripping supply (on some property websites, prospective tenants now outnumber available properties by three to one). By 2024, the number of people living with homelessness is expected to climb by a third. An approaching “tidal wave” of need and misery, as local authorities and charities have warned. About 66,000 people are expected to be forced into the hidden precarity of sofa-surfing, or into desperately unsuitable temporary accommodation. Others will be out on the streets, trying to fend for themselves as best they can. More than 1,200 people in the UK died while homeless in 2021 – a 32% rise in the course of a year.

The landlord trade press has, predictably enough, not reacted kindly to the proposed changes. In an open letter to Shelter, the chief executive of the National Residential Landlords Association accused the charity of presenting “a disappointingly one-sided picture” and “sensationalising” the issue. Some have even thundered about the great unfairness visited on the overwhelming majority of hard-working, benevolent landlords who will now find it tougher to eject problem tenants. One buy-to-let landlord (with seven properties spread across Norfolk) explained to the Telegraph that she’d been so spooked by the abolition of section 21 that she felt she had no choice other than to evict one long-term tenant of six years, who had never missed a rent payment. After refurbishing the house, she’d raised the rent by £130 a month, while the ex-tenant was forced into sofa-surfing.

The UK’s absurdly overheated “housing market” has long needed urgent reform. Decades of under-regulation and structural neglect have led to a terribly unbalanced present, where rising homelessness and chronic anxiety have somehow become entrenched facts of daily life. This wasn’t an inevitability, and change is always possible. The abolition of section 21 will be a welcome step, whenever it finally occurs. But there is much more to be done.

• The headline and text of this article were amended on 16 May 2022 to remove references to no-fault evictions in “the UK”. The position regarding these evictions varies across the four nations of the United Kingdom. 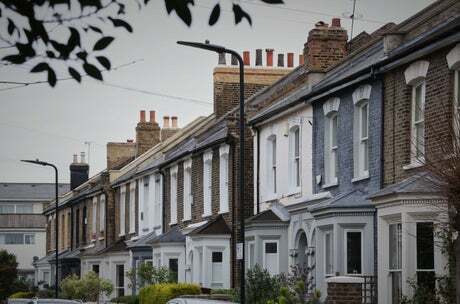 ‘Being a good tenant isn’t enough’: Londoners being driven out by huge rent hikes
Londoners tell of having to move house after their landlords hit them with huge rent hikes

Evening Standard
One subscription that gives you access to news from hundreds of sites
Tenants’ survival guide: can my landlord increase my rent, and what can I do about it?

London is a gruelling place to be a tenant. Get clued up on your rights, from knowing when a landlord…