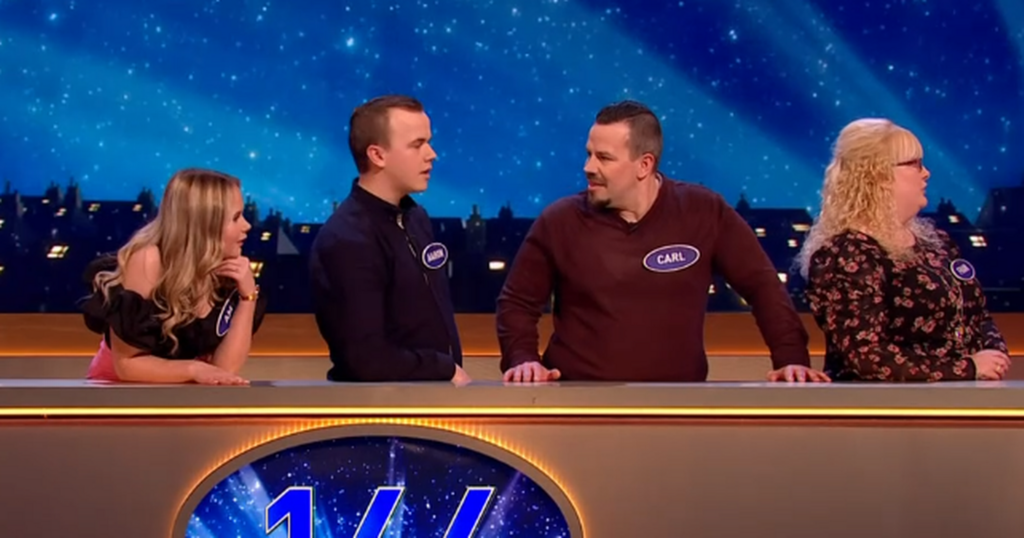 A mum from Liverpool said she was "fuming" with her daughter after pushing her into the wrong answer on Family Fortunes.

Host of the ITV gameshow, Gino D'Acampo was left ducking for cover as The Jones family broke out into an argument over an X Factor question.

The family had a chance to steal from their rival family The Bakers from Nottingham by naming one of the most popular winners of Simon Cowell's talent show.

Adamant Shane Ward would see The Jones clinch the round, daughter Amy said she knew it would be "answer number three".

Unfortunately for Amy, Shane Ward was not on the board and they lost out, and to make matter worse, James Arthur was on the board of people surveyed.

Fran a checkout worker at a supermarket, said to Gino: "Fuming. I'm not with them I am on my own now."

Amy, who had been hoping to win big to help her and her partner Liam buy their fight home, began laughing and said: "I am going to have to move out now."

While the family argued playfully with each other, Gino hid behind his cards before going to an ad break and added: "Get Fran a cup of tea."

The family lost out overall to the Baker family, but Fran did bag herself a luxury holiday in one of the bonus prizes, which could serve as her and Carl's long-awaited honeymoon after tieing the knot seven years ago.

The family of self-confessed gameshow fanatics also left with just over £200 despite not going on to play for 'big money'.

*Family Fortunes is on ITV Sundays from 7pm and available on ITV Player.