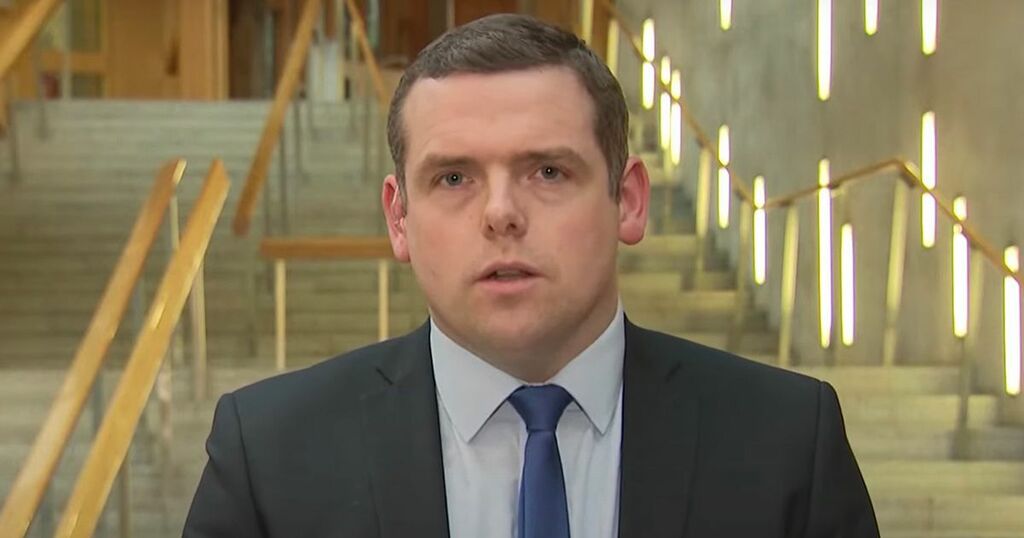 Boris Johnson has been hit by a devastating attack from his own Scottish party leader over the “utterly despicable” No10 parties scandal.

Douglas Ross said the Prime Minister must “settle this right now” and say today whether he attended a ‘BYOB’ drinks party in the No10 garden on 20 May 2020.

And he said Mr Johnson - who on December 1 told the Commons “all guidance was followed completely in No10” - must resign if he lied or broke the law.

Mr Ross told Sky News: “If the Prime Minister has misled Parliament, then he must resign.”

It came as a brutal Savanta/ComRes poll found 66% of Brits - including 42% of those who voted Tory in 2019 - said Mr Johnson should resign following the parties furore.

A second poll of 5,931 British adults by YouGov found 56% of respondents said the PM should resign. 27% said he should remain and 17% didn't know.

No 10 was plunged into fresh chaos last night when it emerged the PM’s principal private secretary, Martin Reynolds, sent an e-mail inviting more than 100 staff to drinks in the No10 garden on 20 May 2020 - while outdoor gatherings were banned.

He wrote: "Hi all, after what has been an incredibly busy period we thought it would be nice to make the most of the lovely weather and have some socially distanced drinks in the No 10 garden this evening.

Yet Boris Johnson’s spokesman today said the PM had “full confidence” in Mr Reynolds, who remains in his job.

Boris Johnson has repeatedly refused to say whether he attended the gathering, which is being investigated by Whitehall ethics enforcer Sue Gray and has sparked discussions with police.

The PM today ducked a Commons grilling on the party.

Instead minister Michael Ellis urged MPs to wait for Ms Gray’s probe - which will be paused if police launch a full investigation.

But Mr Ross said: “The Prime Minister can settle this right now, he can tell people, was he at the party or not.

“We just need the Prime Minister to answer that very simple question.”

He added: “If there’s nothing to hide here, if there’s no issue, then just answer the question.

“And if there is, then that is an acceptance that he himself breached the guidance his government were putting in place.

“This is the guidance that stopped people going to family members’ funerals, that stopped people grieving together. It meant doctors and nurses were working flat out to get this virus under control and people across the country were following some of the strictest guidance we’ve ever seen.

“And if the Prime Minister and others within No10 breached that guidance, while earlier that afternoon a Cabinet minister had told people what they were expected to do, yet out the back of No10 people were enjoying the sunshine in the garden, I think that is utterly despicable.”

Asked if the PM could stay in his job if he broke the law, Mr Ross replied: "No, absolutely not. This is a law he and his government put in place."

He went on: "If the UK government and the Prime Minister have broken those rules, they must be punished too."