At 3:00am on a frosty spring morning, we assembled at Edinburgh airport, bleary-eyed and excited for the adventure to come.

And what an experience lay ahead of us: six days in sunny California to absorb the infamous Silicon Valley mindset, build global friendships and create new opportunities beyond Scotland's shores.

Selected from 176 applications across 26 locations, the cohort represented a true illustration of Scotland’s diverse tech ecosystem.

This group of fashion disruptors, death-tech pioneers and wearable health-tech inventors were eager to showcase a slice of Scotland in the home of innovation.

The first day saw us hitting San Francisco's tourist hotspots: from the immense Golden Gate Bridge to the iconic steep and winding Lombard Street, we took in the city and culture, as well as creating space to sow the seeds of new friendships. This time of peer bonding and trust building was critical to the programme's success, and set the foundation for the group dynamic ahead of the business lessons and inspiration.

Our official business programme kicked off on the second day, with an insider's look into how to succeed in Silicon Valley. At Scottish Development International's San Francisco headquarters, we heard from a panel of venture capitalists, with global Scot and Intuitive Ventures managing director Oliver Keown sitting alongside NewBuild Venture Capital's Rohini Chakravarthy and another venture capitalist Hemant Hebbar.

Oliver's advice to our cohort? Be unapologetic about your ambition and the money you need to raise to realise it.

The remarkable artificial intelligence-designed Nvidia campus hosted our first site visit. We found ourselves in a doughnut-shaped room where we saw demonstrations of Nvidia's chip technology, digital twins and modelling of ‘Earth 2.0’.

The company has a critical role in advising governments on socially-disruptive technologies that will open new markets for the company, including flying cars, facial recognition and deep AI learning. It's clear that Nvidia is at the pinnacle of innovation – the visit left us inspired by the limitless potential of technology and human creativity.

Our next stop was UserTesting's headquarters, where we heard from chief executive and SDI trade and investment envoy Andy MacMillan. He was instrumental in scaling UserTesting and leading the company to an IPO in November 2021.

Andy reminded the cohort that Scotland has “a unique tech industry,” saying that his decision to open UserTesting’s European base in Edinburgh was down to Scotland’s access to untapped tech talent, language skills and global markets.

After a long day, a happy hour amongst new friends was the perfect way to bookend our first day of formal activities.

The Startup Grind Global Conference kicked off over the third and fourth days.

Just three months after we got the green light to call for applications, we finally assembled the cohort under the Startup Grind flag. The Fox Theatre in Redwood City came alive with international founders, ecosystem supporters, corporate sponsors and investors sharing insights from tech industries across Europe and the US.

The buzz of connections forming was intoxicating. After the distinct drought of in-person connectivity over the past two years, the conference’s attendees were elated to be together, to share space and ideas, and to meet excited new faces from across the globe.

Amongst this bustle, we heard conversations about web3 - the next generation of the internet - mental health, and advice to international start-ups looking to raise US investment.

Many of our cohort are working at the cutting edge of new tech applications and wouldn’t have been out of place on stage. We left reflecting on the impact and excellence of similar events in Scotland, including Startup Summit and Turing Fest, which raise discussions as critical as we saw on stage halfway across the world.

Maybe, we thought, the Scottish ecosystem has as much to teach the global ecosystem as we have to learn here.

Alchemist Accelerator, a venture-backed initiative that catalyses early-stage companies, made for great hosts on the fifth day.

Over lunch, we heard from Alchemist Partners' leadership Rachel Chalmers and Ian Bergman about the opportunities available for our cohort to build an international, rapid-growth tech business from San Francisco.

Embracing failure was the theme of the conversation: if you’re going to fail, we heard, fail big - so be unforgiving in your pursuit of success. Success is built on the mosaic of an ecosystem, so having the right people to support you when you stumble will help propel you through your entrepreneurial journey.

In all great adventures, there has to be a final challenge. Ours was set by SDI. On the concluding night, we hosted a Pitch Party with more than 50 of Silicon Valley’s Venture Capitalists at Werqwise in downtown San Francisco.

Our cohort had just two minutes on stage to capture the room. The advice from Alchemist was firmly instilled in the cohort as each put their fear of failure aside. To say that the team were proud to watch the cohort’s pitches would be an immense understatement.

At the end of a full, inspiring week, it was a privilege to see each delegate take to the stage, claim their space, share their vision and confidently ask for what they needed to get there.

Since returning to Scotland, we have been overwhelmed by the cohort’s feedback. We are excited to see the Silicon Valley inspiration ripple out from the cohort to their teams and our wider ecosystem.

Matching the valley’s ambitious mindset with Scotland’s high-impact mentality will be critical to cementing Scotland on the global stage - but our entrepreneurs can’t do it alone.

As Beena Sharma, chief executive of Bio Technical Scotland, said: "The support and encouragement from each fellow cohort member was a privilege.”

We are immensely grateful to the Scottish Government’s Technology Ecosystem Fund for making this trip a reality: our mission now is to continue to collaborate across our ecosystem, and beyond, to elevate our founders and show the world what Scotland has to offer.

Anna Brow is the head of communications at Startup Grind Scotland 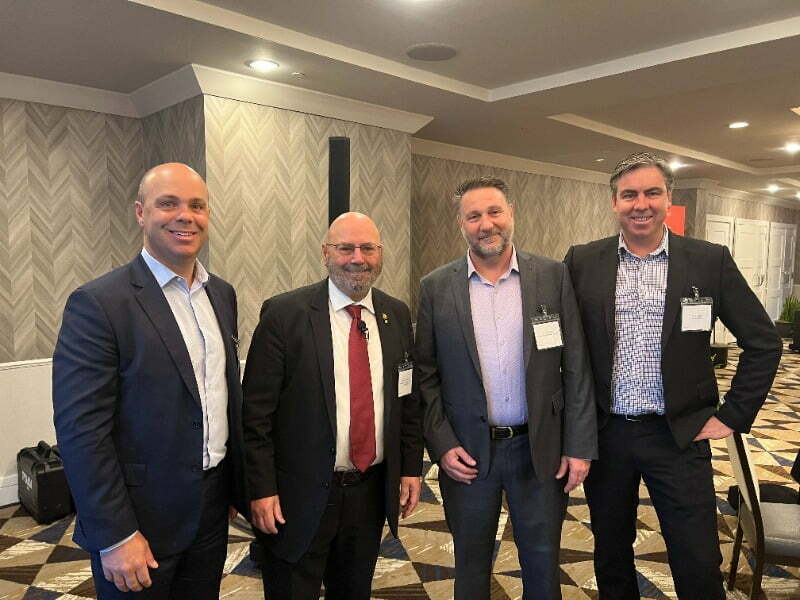 Pockets of excellence, Australia is a leader in digital govt
At the start of May, the AIIA hosted a 10-day Australian Trade Delegation made up of digital businesses and senior…