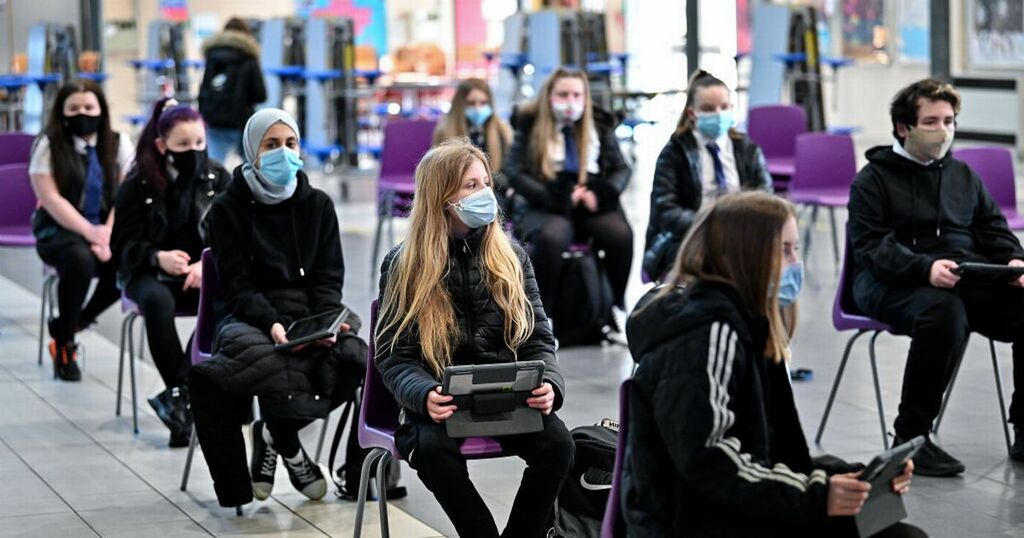 Schools in Scotland will hire an extra 3,500 teachers over the next five years to help classrooms recover from the closures forced by the coronavirus pandemic, the Scottish Government has announced.

In a report published earlier this week the Scottish Government has set out how it plans to recover education after 18 months of repeated school closures, the Daily Record reports.

Back in September, Nicola Sturgeon spoke in front of the Scottish Parliament, pledging that her government will close the inequality gap for children and committed almost £500 million to support pupils after the pandemic.

Costing £240 million, more staff for schools and classroom assistants will drive down the growing attainment gap between pupils from the richest and poorest households in addition to expanded free school meals that have been promised.

This comes after the First Minister said that she wanted to be judged on her stewardship of Scotland's education system, in a dramatic speech five years ago- and added she was willing to put her neck on the line on the issue.

Now however, opposition parties have claimed that these promises in the publication this week, not revolutionary and that the SNP was offering the 'same old plans' on schools and had run out of new ideas.

Speaking after visiting the site of a new £47.2 million secondary school in Wallyford, near Edinburgh, Somerville said: “Our collaborative and ambitious programme of support to aid recovery right across our education sector has been underway for many months.

“Schools are still dealing with the pandemic and we will continue to support them through these challenging time. However, as a Government we must also be focused on recovery.

"Supporting children and young people remains our top priority, and almost £500 million of additional funding has already been committed during 2020/21 and 2021/22 as part of education recovery.

“Other initiatives will play a crucial role, such as the provision of free school breakfasts and lunches all year round for all children in P1-7, digital devices for every child, abolition of fees for instrumental music tuition, removal of core curriculum charges, and our extended early learning and childcare offer.

“Pupils sitting exams in spring 2022 will be offered a package of support, which will include online revision classes and targeted help for those who need it most.

"At the heart of all of this is our children and young people, who we will ensure have the opportunities they need to fulfil their potential in school and beyond.”

But Willie Rennie, the Lib Dems' education spokesman, claimed the SNP was simply "repackaging the same policies in a shiny new document".

The MSP said: “This is the same old, same old plans reheated by an SNP government that has lost its way on education.

"The poverty related attainment gap is as wide as ever and the SNP have run out of ideas on how to close it.

"The pandemic hit young people hard so you would expect the government to step up the support rather than just repackaging the same policies in a shiny new document.

"The SNP Government must step up to provide real support.”

Michael Marra, Scottish Labour's education spokesman, said: “This plan from the Scottish Government is merely a collection of the already announced policies which failed to meet the scale of the challenges that our young people, families, staff and education system face.

"Unsurprisingly, when bundled together they read as an unambitious and weak blueprint for the future of education in Scotland.

“It is a document that fails to appreciate the scale of the issues facing schools today, let alone plan and invest in future recovery. It plans no new interventions to improve attainment, close the attainment gap, support staff or keep schools safe.

“Families across Scotland will look on in dismay as Scottish education looks set to continue on the same lines as it has under the last 14 years of SNP Government – with no urgency and ambition for reform detectable from the new education minister."