By Jessica Warriner and Michael Doyle 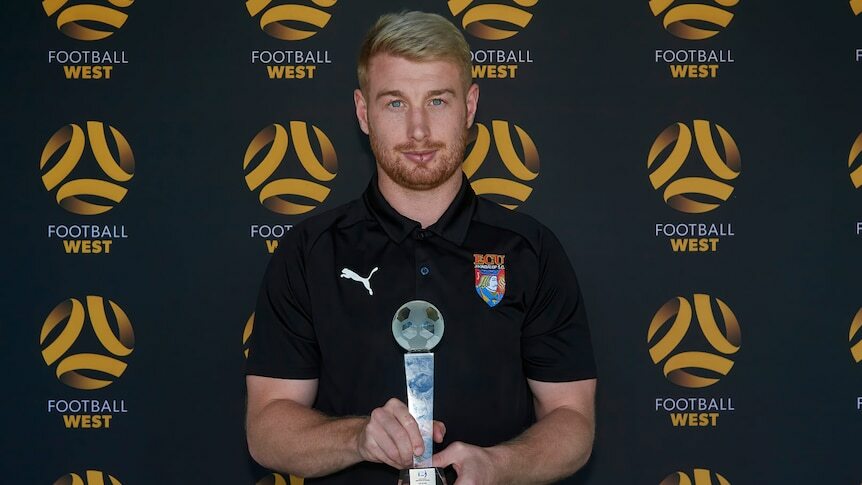 The parents of Danny Hodgson say they are "eternally grateful" for being allowed to leave hotel quarantine in Perth to visit their son in ICU.

Nicola and Peter Hodgson arrived from the United Kingdom on Friday, having been granted a travel exemption to come to Australia

Their 25-year-old son Danny was allegedly hit in the back of the head by a 15-year-old near a Perth railway station last Sunday.

A statement released by a public relations firm representing the family said Nicola and Peter Hodgson visited Danny in the Royal Perth Hospital on Saturday.

Dressed in full PPE, the pair were allowed to spend 30 minutes with their son but were unable to touch him and had to always remain 1.5 metres away, due to the COVID-19 restrictions.

Nicola Hodgson said the time she spent in the ICU with Danny was one of the most difficult experiences of her life.

"I feel like I am living someone's else's life."

The pair also said they were appreciative of the concessions made for them as WA continues to maintain rigorous border and disease control measures.

"We are eternally grateful to be granted a visit with Danny and [we] can't thank the Western Australian Government, Royal Perth Hospital and everyone else who helped us to be at our son's bedside enough," Peter Hodgson said.

Detectives have charged the 15-year-old with grievous bodily harm and he is due to appear in Perth Children's Court on September 22.

A friend and former teammate of Danny's from the ECU Joondalup Football Club, Steve Burton said the 25-year-old was slowly coming off sedation and had been trying to move slightly today.

He said Nicola and Peter Hodgson's room overlooked the hospital their son was in.

Members of two Perth pipe bands, along with teammates of Danny Hodgson from ECU Joondalup Football Club, lined the streets on Sunday in support of the family.

Standing across the road from the Pan Pacific Hotel where the parents are staying in quarantine, the Coastal Scottish Pipe Band and Cockburn Pipe Band played Waltzing Matilda, Amazing Grace and Danny Boy as Nicola and Peter watched on from their hotel room.

"It was absolutely amazing and gave us a real boost," Peter Hodgson said.

"It was one of the nicest things anyone has ever done for us we will remember it forever."

Courtenay Dawson, from the Scottish Coastal Pipe Band, said it meant a lot to the band that it could help support Mr Hodgson's family.

"We got a message via Facebook a couple of days ago, putting a call out for pipers to come and play," she said.

One fundraiser for Danny Hodgson has garnered more than $120,000 in donations, including donations under the names of English Premier League players Dominic Calvert-Lewin from Everton and Dean Henderson from Manchester United.

Joondalup teammate Ellis Healing said it was "insane" how much attention and interest his friend's story had received.

"Last night, Danny got his name shouted out at Old Trafford, at the Manchester United game," he said.

"He wouldn't believe that if he knew that sort of stuff was happening."