The Scottish local elections may be about community issues, but voters are certain to be influenced by the larger political topics of the past year.

Events such as "partygate", the war in Ukraine and the cost of living crisis are sure to have had an impact on voters as they cast their votes yesterday on May 5.

While Nicola Sturgeon is not standing as a candidate in the elections, her actions will also play a big part in the outcome - as is the case with Boris Johnson in the local elections in England on the same date.

Here is everything you need to know about the upcoming elections.

When is the next Scottish election?

The 2022 Scottish local elections took place yesterday, on Thursday 5 May. Polls opened at 7am and closed at 10pm.

Why is this election so significant for Scotland?

The Tories face a tough fight to remain the "voice of Unionism" in Scotland, with a resurgent Labour Party threatening to push them into third place.

Part of the problem faced by the Conservatives is that they had a superb 2017 election, adding 164 councillors to their tally and overtaking Labour.

They focused their campaign that year on stopping the SNP's plans for a second independence referendum, which motivated the country's Unionists to come out and back them.

Five years on Nicola Sturgeon is still threatening another independence vote and the Tories' campaign is still urging Scots to get behind them to stop her.

But current polling suggests their support is lower than the 25 per cent of first preference votes they received in 2017 and could fall below 20 per cent.

Sir John Curtice, the UK's most eminent psephologist, has warned that the Tory position "hitherto as the undisputed principle voice of unionism north of the Border" could be under threat.

Senior Tory figures admit that 'partygate' is being raised on the doorsteps and are fearful the scandal could see some supporters stay at home next Thursday and Labour-supporting Unionists refuse to lend them their tactical votes.

The scandal is particularly difficult for Douglas Ross, the Scottish Tory leader, who was the first senior Tory to demand Mr Johnson's resignation only to face ridicule after withdrawing his call for the Prime Minister to quit when the Ukraine war started.

Mr Johnson remains deeply unpopular among voters north of the Border and the Prime Minister is not planning to hit the campaign trail in Scotland.

Senior Tories believe that local issues will be the most important driver of votes in the election and have welcomed Ms Sturgeon's return to being a "Marmite" figure following a brief period as "mother of the nation" during the pandemic.

But Mr Ross also has to deal with a Scottish Labour Party that is finally showing signs of life under the energetic leadership of Anas Sarwar, following years in the doldrums. Labour lost 133 seats in the 2017 contest and won only 20 per cent of the vote.

With the electoral debate polarised in recent years around the constitution,  Labour's support has been squeezed by its former nationalist backers going to the SNP and Greens and Unionists flooding to the Tories.

However, with the cost of living crisis now at the forefront of voters minds', Mr Sarwar senses an opportunity to win back some of that lost support by arguing neither the Scottish nor UK Governments are doing enough to help.

Ms Sturgeon is also campaigning on the cost of living, claiming her Government is doing more than the Tories in London, while encouraging her nationalist base to vote by promising SNP councillors will back her plan for another independence referendum next year.

However, with the majority of Scots opposed to her timetable, she has decided voter anger at the Prime Minister is her greatest weapon in winning over voters and getting them to turn out.

With less than a week to go until polling day, she has accused the Conservatives of being more interested in "defending their partying bosses at Westminster" than the cost-of-living crisis and urged Scots to "lock the Tories out of council chambers across the country".

The SNP only won 32 per cent of first preference votes in 2017, a relatively poor performance, and it is expected they will do better this time.

But the Nationalists fear going backwards in the north-east of Scotland, where Ms Sturgeon's opposition to new oil fields is deeply unpopular, and Glasgow, where the incumbent SNP administration's record has faced fierce criticism.

How can I vote and who is eligible?

All British citizens and foreign nationals with leave to remain, including refugees, are eligible to vote. Individuals must have been registered to vote by midnight on 18 April, 2022 and be aged 16 or over on polling day to be able to vote in the local election.

Anyone with two home addresses (such as a university student who has a term-time residence and lives at home during the holidays) can register to vote at both addresses - as long as they are not in the same electoral area. They can also vote in the local elections for the two different local councils.

How does the Scottish voting system work?

There are 32 local councils (also known as authorities) in Scotland, with each council being split into smaller areas which are called wards.

Citizens vote for their preferred councillor during a local election, with three or four elected per ward.

The electoral system previously elected these councillors is a Single Transferable Vote (STV), which means voters must rank the eligible candidates in order of preference, with 1 being the highest.

Councillors are elected when successful candidates achieve the most transferred votes.

Should no single candidate achieve an overall threshold of votes a

nd the candidate with the lowest number of votes drops out of the running, votes are reallocated to other candidates. The process continues until all of a ward's councillors are elected.

When will the election results be announced?

Votes will be tallied across Friday May 6 and Saturday May 7, 2022.

What happened in the 2021 Holyrood elections?

The SNP won the most seats in the 2021 Scottish Parliament election, despite failing to gain enough for an outright majority.

The pro-independence party, led by Nicola Sturgeon, managed to secure just 64 seats - one short of the 65 needed for overall control of the devolved parliament in Holyrood.

The Conservative Party won 31 seats, while Labour secured 22; the Greens 8 and the Liberal Democrats 4.

Ms Sturgeon's Holyrood election win was her fourth consecutive victory in a row. Although she failed to win an outright majority, she immediately called for another independence referendum as it was "the will of the country".

Polling day was nicknamed "Super Thursday", due to the vast number of elections taking place across the UK on May 6 2021.

This article is kept updated with the latest information. 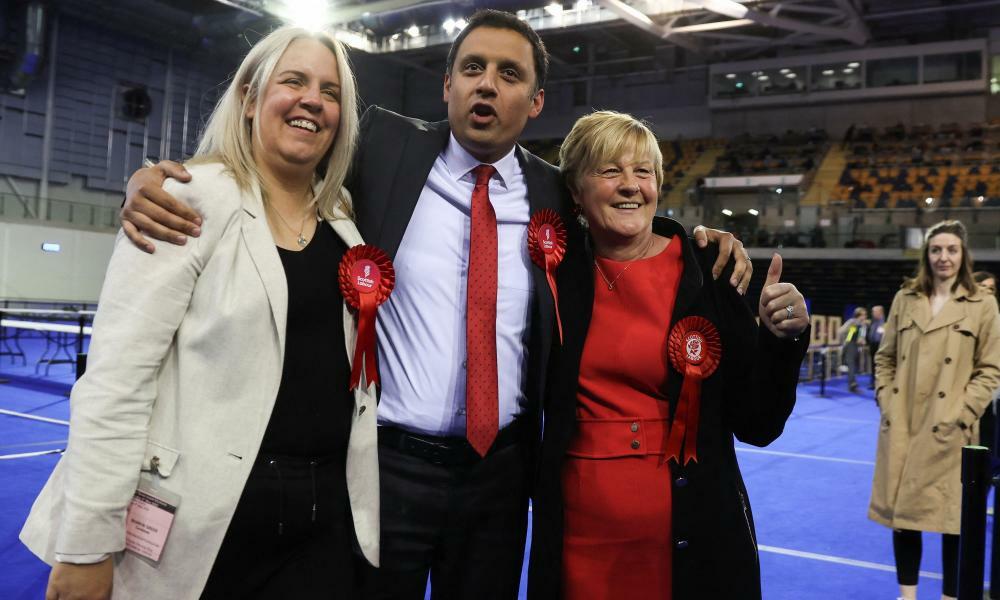 The Guardian - UK
One subscription that gives you access to news from hundreds of sites
Scottish Elections 2022: What time will the results be announced today?

Daily Record
In Scotland, the SNP still reign supreme – but the Conservatives have fallen from grace

At the ballot box voters ‘boaked’ at voting Tory, serving huge wins to Labour, which is now Scotland’s second party

The Guardian - UK
Scottish Elections 2022: When will the results be announced?