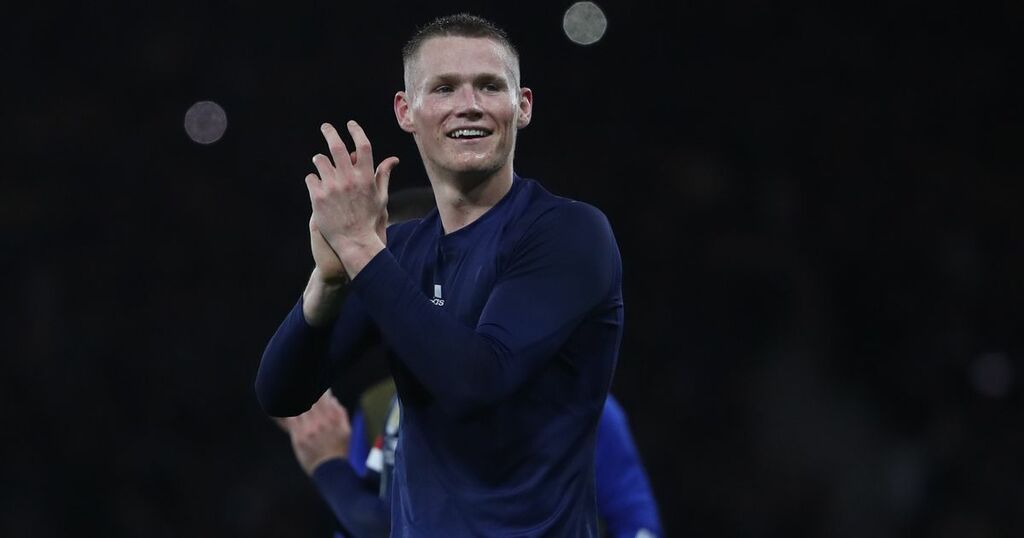 Overjoyed Scott McTominay tried to talk through his incredible Scotland winner against Israel.

But those watching at home knew more about the 'strike' than the Manchester United man — as he couldn't even tell how long was left.

International break critics had little answer when Group F of the World Cup 2022 qualifiers served up an absolute epic under the Saturday night lights in Mount Florida.

And twice our familiar foes proved their ability and silenced a previously rocking Hampden Park.

But twice Steve Clarke's men found it within themselves to dig deeper than ever and in the dying seconds McTominay bundled the ball home at a corner to clinch a monumental 3-2 win that puts us in pole position for a runners-up spot - at least - and the play-off that comes with it.

Straining over the pandemonium in the stands as he spoke to Sky Sports, McTominay said: "It's not the best one I'll score but in terms of importance, as you can see from the fans here, it's amazing.

"I can't put it into words," he told Sky Sports.

"I don't know what minute it was but it's one I'll never forget.

"First half we were so poor, we knew that at half-time, but in the second half it was complete domination.

"That was my opinion on the pitch, I don't know what it looked like back home watching, but I though second half we were extremely good and creating numerous chances."

Eran Zahavi's beauty of a free-kick stunned the home crowd after just four minutes but John McGinn brought them back to life.

But the pendulum swung again when Munas Dabbur tapped home after some ragged defending from a set-piece.

Clarke told his players to "wake up" as their golden shot at Qatar began to vanish and they duly responded with Lyndon Dykes atoning for a penalty miss with a spectacular finish.

It was ruled out by the officials for a high boot on the park only for VAR to overturn the call and set up a dramatic finish in which McTominay stepped up.

Asked what Clarke's message was at the break, McTominay added: "Yeah, (he said) 'we need to wake up'. We weren't there, they were more alert, aggressive and compact as a team.

"We knew it, we didn't need telling off or anything like that, we had to wake up and in the second half we did."

An emotional McTominay had little time to talk through the goal itself and instead wanted to salute his Scottish grandparent without whom he wouldn't be pulling on the dark blue.

He added: "It came at me pretty quick, it was bouncing so...

"Do you know what, before the game it was my grandad's birthday on Monday, I knew that I had to score for his birthday.

"That was one for my grandpa and gran who started it all."