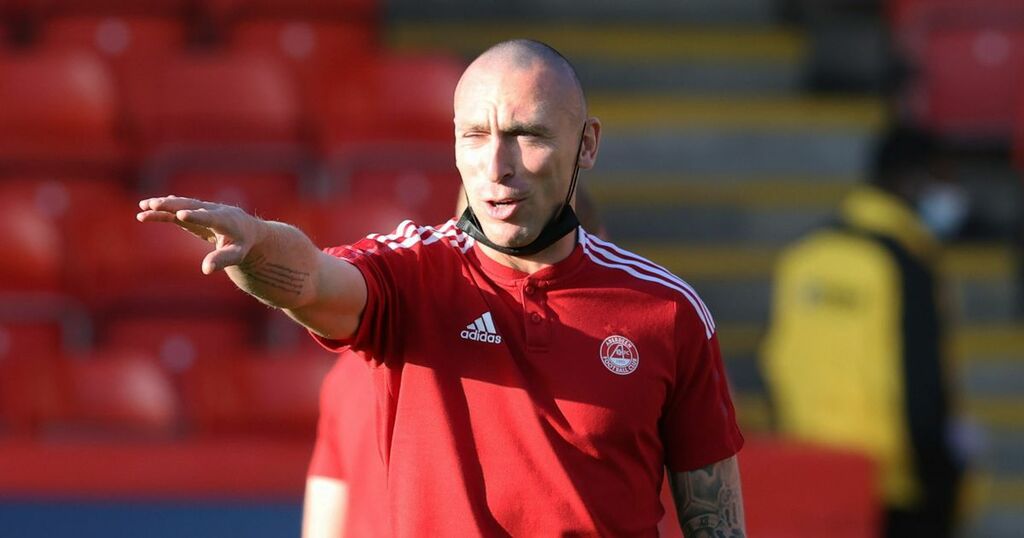 Steve Kean watched Scott Brown shake off a broken toe to march straight to the top of his SFA class.

And he expects the Aberdeen assistant boss to satisfy any examination of his time management skills now that he is getting used to splitting his days between playing and coaching.

The former Celtic captain is taking his first steps into the coaching world having agreed to become Pittodrie chief Stephen Glass ’ No.2.

It’s a new challenge for the former Parkhead hero but ex-Blackburn boss Kean has already seen enough to convince him Brown will pass the test with flying colours.

Kean - who now works as an SFA coaching assessor - was one of the course leaders when Brown was sitting his A Licence in Edinburgh a couple of years ago and saw how the famously tough midfield ace put himself through the pain barrier to ensure he did not leave his fellow students short on the training ground.

And Kean reckons Brown will take the same enthusiastic approach to ensuring he backs up Glass on the training pitch while also leading from the front on matchday.

He told Record Sport : “Scott is probably at the stage of his career where he won’t be able to train every day. It will be important for him to look after his body and maybe the real intense sessions two or three days out from a game, he can step back from.

“But that will allow him to put one foot into the coaching camp.

“That will be great for him because when he was with us he was excellent. He really showed a lot of promise as a coach.

“Funnily enough, he had a broken toe at the time. When you’re an A Licence candidate, when you’re not demonstrating your coaching, you have to join in the sessions as a player.

“But even though he was injured, Scott couldn’t stay away. He took part in every single session. If it was a shooting drill he’d put himself forward as a striker, if it was defensive drill he’d be in there playing centre-back.

“That just shows his enthusiasm for it and his own sessions were also impressive so he will do really really well in this new role he has at Aberdeen.”

While Brown is making his first moves ahead of a potential future career in management, Kean is looking for a way back in.

The 53-year-old Glaswegian has been on his travels since his two-year stint in charge of Blackburn ended in 2012.

He won a league title during a four year stint in Singapore, while he has also recently returned from a year-long stint in Australia, which ended with him taking caretaker charge of Ange Postecoglou’s old club Melbourne Victory for three months.

But Kean - whose family are now based in London - is now looking for something closer to home.

“Working in Australia was excellent,” said Kean, who has also worked in Spain and Portugal since hanging up his boots.

“It was tough at first because you have to do a hard quarantine for two weeks. I was locked up in a hotel room in Perth.

“Then we went to the Asian Champions League so we were in a bubble for three weeks.

“It was a successful time though as we got to the last 16 before being knocked out by the eventual winners.

“Then it was back to Sydney for another two-week bubble.

“So really my first block of time over there was all in quarantine.

“I only had a one-year contract and obviously with Covid, my wife and kids couldn’t get over so I knew I wasn’t going to stay beyond that.

“I mean, it was 10 months without seeing my family at all. That’s tough so it was time to come back.

“Now we’ll see what else is in the pipeline.

“Something will always present itself and at the moment there are a couple of things abroad which could fall into place, so I could be getting the passport out again and heading off on my travels shortly.

“Funnily enough I’ve never coached in Scotland so I’d be open to that.

“I’ve been fortunate enough to have worked all over the world and I think I’m a better coach and a better manager the older I get.

“It would be nice to come back and have the opportunity to coach in Scotland if the chance arose.”