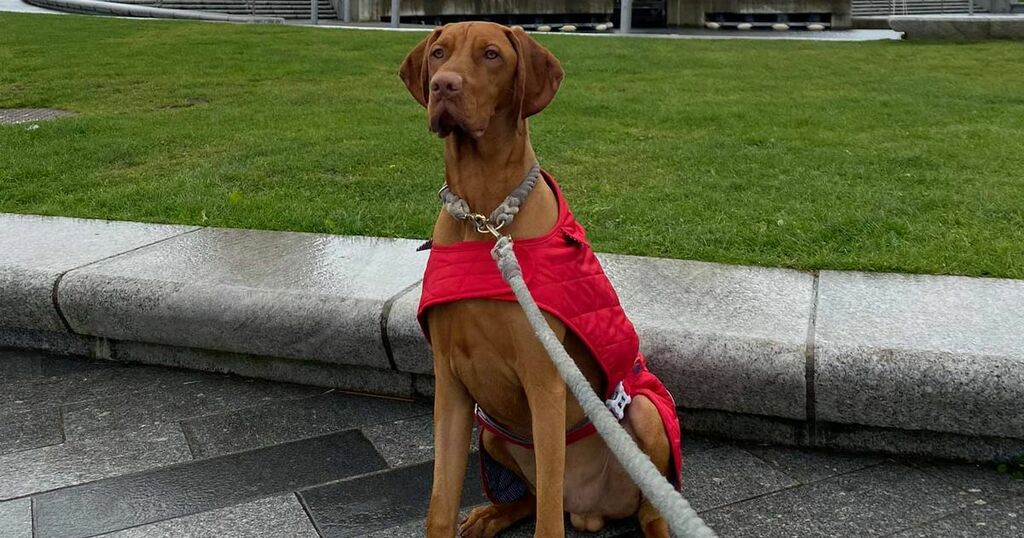 A Scots woman was stunned to see her dog turned into one of the Kelpies after an editing request blunder.

Jade Kellet, from Falkirk, was on her daily walk with eight-month-old Hungarian Vizsla Rudi when she managed to get a good snap of the pup sitting in front of the tourist attraction.

The 27-year-old later took to Facebook for help editing Rudi's lead out of the photo so she could share the image on his Instagram page @rudi.thevizsla.

But Jade was soon stunned when someone in the comment section replied to her request with a photo of Rudi as a Kelpie.

She told the Record: "It has really blown up online.

"We were just out a walk and it is our usual walking spot. I wanted to get a good picture and he doesn't usually sit but I managed to get him to stay still.

"I was crying with laughter when I seen the photo and tears were streaming down my face.

"I sent it to my boyfriend and he posted it on Twitter."

Jade initially asked someone to edit the lead out of the photograph on a Facebook group called Edit My Photos Please and was shocked by the initial reply after thinking someone had edited poor Rudi out of the photo.

But after further inspection she noticed the her dog had been made into a Kelpie.

The tweet has since been liked nearly 7,000 and Falkirk Council even joined in on the banter retweeting the image with the caption "unreal".

One said: "Contender for one of the best edits ever."

While another said: "Legit been laughing at this for about 5 minutes.

One person added: "Took me a good 30 seconds to realise that the dog hadn’t just disappeared, it’s now replaced one of the kelpies."