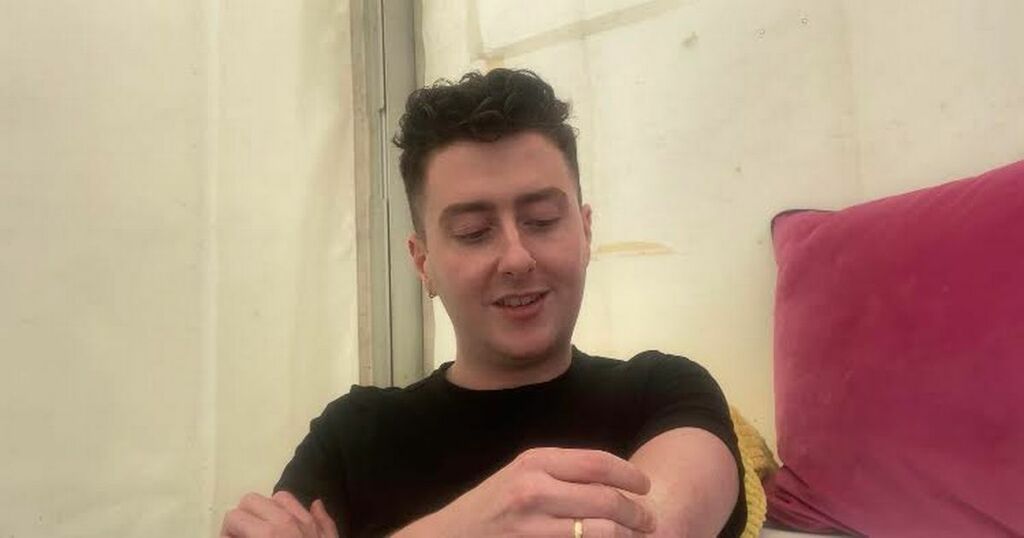 Singer Joesef's mum turned out to be a real rock n roller at TRNSMT after she started screaming with excitement in VIP.

Joesef had already warned the Daily Record that his mum would be around causing chaos after being in lockdown.

He said: "My mum got really sick in Covid. She's got diabetes but she was fine. She is back to fighting fit now."

He added: "She is here today. She is on tequilas already. She is going to need sedated man. She's started boozing already, I told her you are going to get stretchered out of here."

Shortly after our chat, Joesef's excited mum could be heard yelling for him in VIP as amused staff watched on.

Joesef admitted it was great to be back after lockdown ,even though he'd initially enjoyed the rest from a crazy schedule.

He said: "At the start of Covid at start of year I was getting ragdolled everywhere and a lot was happening in a short space of time and I wasn't used to the music game but then I missed the big shows. It was a short lived week of enjoying waking up whenever want.

He added: "It's good to be back on home soil, all the troupes."

Joesef can't wait to play The Barrowlands in October and would love to go to New York, and Japan in future.

He said: "Someone mentioned they heard one of my songs in a cafe in Hong Kong which was mental. I've never been but would love to go."

He also featured recently on a Fifa game and said: "My song 'Does it Make You Feel Good', the one with the trumpets is on the Fifa game.

"My mates told me it always starts playing when they get beat. I think they are sending me the game but I'm really s*** at football and playing it."