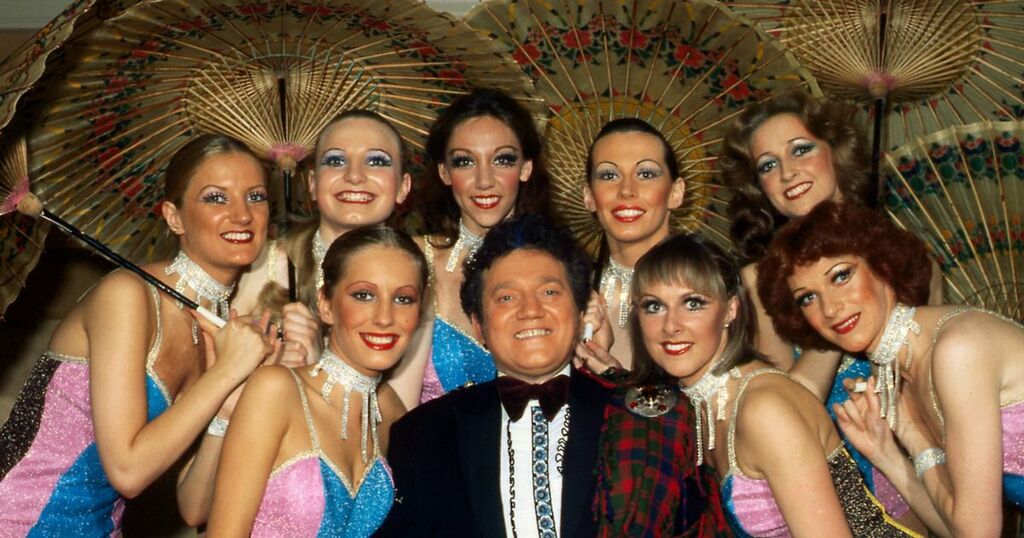 The sad shell of a singing star’s mansion and estate ravaged in a mystery blaze 44 years ago is finally being sold.

Famed singer Calum Kennedy was inside the house with three of his five daughters when firebugs struck.

They escaped and watched Leethland House burn in 1977, along with the gatehouse.

His daughters have now finally put their once lovely home and grounds - in countryside between Elderslie and Foxbar - on the market.

It is not known why the women - including the singer and broadcaster Fiona Kennedy - have taken so long to sell it.

The house and overgrown estate of just over eight acres is now for sale at offers over just £175,000.

Calum, who died 15 years ago aged 77, was a much-loved Scottish entertainer.

He lost all his possessions - including 10,000 records and a grand piano - in the blaze and a £1.75 million lawsuit against an insurance company which refused to pay out.

Now the opportunity has finally arisen for a new laird to takeover, and agent Donald Yellowley, of Baird Lumsden, said: “It is certainly rare for a property like this to come up for sale.”

A second fire in 1985 caused further havoc to the remains of the house, still entered via a long driveway through imposing stone gate posts off Leitchland Road.

The remaining walls of the 21 room, seven-bed property have been covered in graffiti and the land, including a woodland waterfall, lies forlorn.

It was built in 1930 as a grand country manor for wealthy coal exporter James McMurchy Greenlees and his wife, Grace McFarlane Darling.

The current sale includes the remains of a four-bed gardener’s cottage and the gate lodge.

A new owner could start again from scratch if planning permission is granted by Renfrewshire Council for a new house.

The fire-starters from 1977 were never caught and a total of 20 firemen called out at 5am fought the blaze.

Afterwards, Calum revealed the people responsible had also sprayed their names on the walls before they left.

He had been sleeping, as were his daughters Morag, Morven and Deirdre.

At the time, Calum said: “Deirdre saw a red glow reflected on her bedroom wall and immediately shouted, ‘Fire, fire’.”

Pointing to the names scrawled on the walls and doors of the wrecked property, he added: “Look at that.

“These damned people even left their signatures.”

The vandals managed to sneak past two guard dogs which were allowed to roam free in the grounds.

In its heyday, Leethland House at the top of Glen Patrick boasted acres of magnificent shrubbery and was the scene of ceilidhs hosted by Mod gold medallist Calum and his wife Anne Gillies.

With a successful sale, their daughters hope a new era of fun and enjoyment can begin.