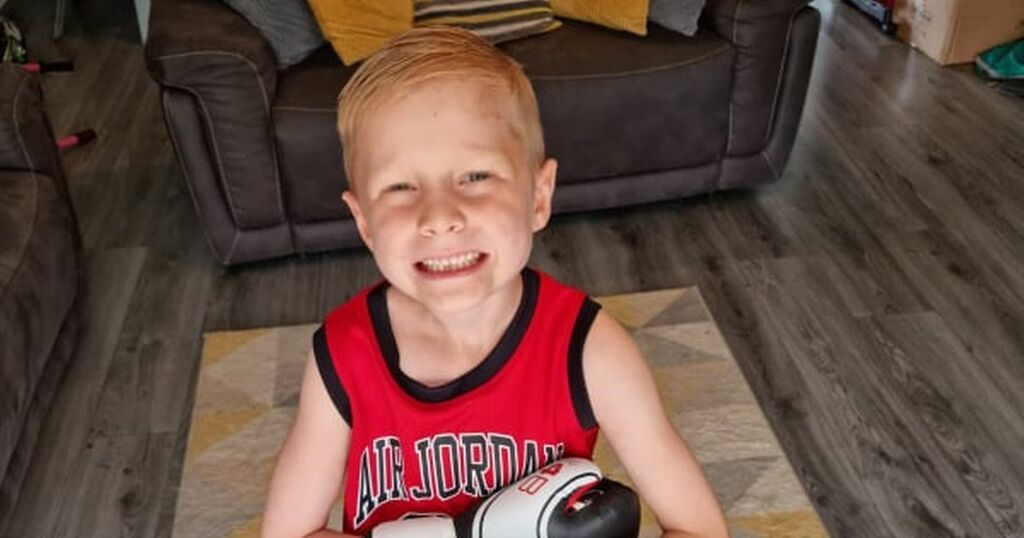 A brave schoolboy has taken up extreme sports despite having daily chemotherapy as he battles cancer.

Seven-year-old Ace Ward has joined Taekwondo and boxing clubs, and has started treetop and wall climbing, go-karting and paddleboarding even though he has to endure ongoing chemotherapy to fight off B-Cell Acute Lymphobastic Leukaemia.

Despite the gruelling treatment programme, the unstoppable Celtic fan is living life to the fullest and has even returned to school full time for the first time since he was diagnosed in January 2020.

Ace's mum Vicky, 35, says her boy is an inspiration.

She said: "He is doing great. He has chemo every day , then once a week and once a month on top of that, but it never stops him.

"He has taken up Taekwondo and gone back to boxing to try and strengthen up his muscles.

"We have been on a few special family holidays this summer and he has given everything a go.

"He's been rock climbing, tree top aerial climbing and paddleboarding. He loves it all.

"You would never know what he's up against when you watch him do all these things."

Ace has also returned to full time schooling for the first time since he was diagnosed with leukaemia.

Vicky says because Ace is neutropenic - meaning he has no immune system to fight off bugs and viruses - school has been an added worry for Vicky and husband Brian, 39.

But for Ace the biggest worry is who to sit next to at lunchtime.

Vicky, who is also mum to Hallie, nine and Harrison, 11, said: "He went back to school and is back full time. He is so happy he gets to sit with his friends at lunchtime.

"That's his favourite thing about his while school day because he could never do that before because he has no immune system.

"Everything he ate had to be specially prepared and controlled. Since he's been diagnosed he has only ever been able to do half days at school and be home for lunch."

Ace's immune system is still low while he continues with his chemotherapy, however he receives a regular dosage of the steroid, dexamethasone - the same drug used to treat hospitalised covid patients.

Vicky said: "It is a worry with Ace being back at school. A common cold could be very dangerous for him so covid is obviously a concern.

"But he gets regular doses of dexamethasone which helps protect his lungs and he and his sister and brother all wear masks all day in school.

"We are just doing what we can to protect him, but we also need to let him have a childhood."

In June last year we told how Ace was in remission leukaemia but his chemo treatment will be on going for the next few years.

Ace first touched the nation's hearts by overcoming his fear of losing his hair with the help of his footballing idol, former Celtic skipper Scott Brown.

The Daily Record revealed how Ace was distraught at the prospect of losing his blonde spiky hair - but as soon as he realised he would be the same as his Celtic hero, he was delighted.