A pub dramatically went up in flames as fire crews raced to the scene.

The Scottish Fire and Rescue Service received a call at around 7.30am to attend at the Woodside Inn on Woodside Way, Glenrothes.

Five fire engines were sent to the scene to tackle the blaze, taking almost an hour and a half to put out the flames.

It is understood that the fire began in a flat directly above the pub.

Two fire crews were able to leave the scene at around 9am. Three appliances remain on the scene dampening down the building to ensure the inferno does not start again.

Woodside Way was closed off while crews continue their work, with rush hour traffic heavily affected by diversions.

A cause has not been identified, and the scale of the damage to the watering hole is unclear. No injuries have been reported.

However, the pub will be closed for sometime, according to another local business.

Scran Fae A Van, a street food van which operates from the pub's car park, said on Facebook: "We won't be out today as I'm sure most have seen that there's been a fire at the Woodside Inn pub. Gutted for the owners.

"The van's fine and we can trade tomorrow and Sunday to make up for the lost day today. However, the flat above the pub is completely gone.

"Everyone is physically OK. I feel for the owners of the pub. They are good boys and it won't be an overnight fix."

A Scottish Fire and Rescue Service spokesperson said: "We received a call at 7.35am to attend a building fire on Woodside Way, Glenrothes, Fife.

"We sent five pumps to the scene, and three crews remain there dampening down and cutting away at the building.

"Details of any injuries are unknown at this time."

A Police Scotland spokesperson said: "Around 7.40am, police were made aware SFRS was dealing with a fire at a property in Woodside Way, Glenrothes.

"There are no reports of anyone being injured and enquiries are ongoing to establish the cause of the fire. The road has reopened."

The Record has contacted the pub's management for comment. 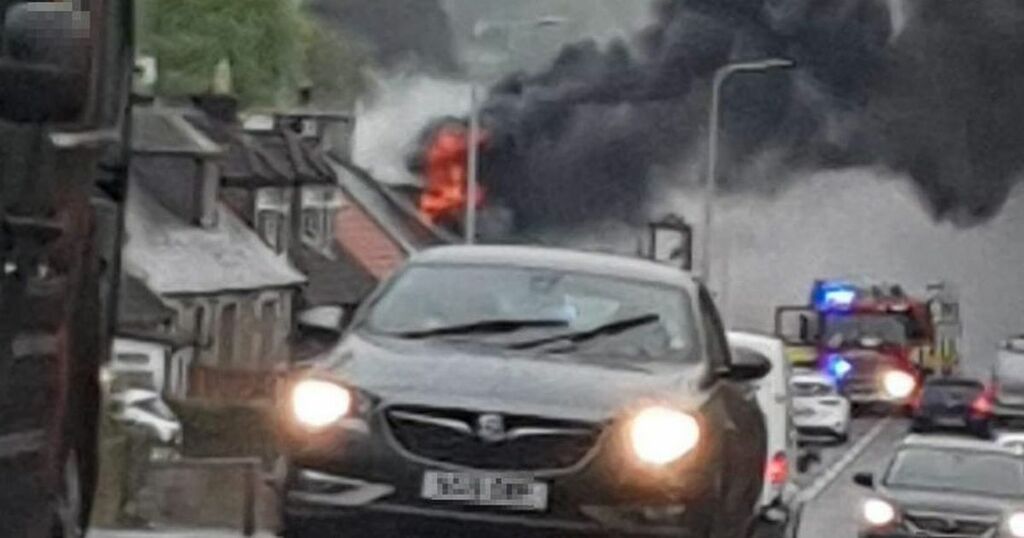 Huge fire at Glenrothes pub treated as deliberate as police launch probe
Firefighters scrambled to the Woodside Inn, Glenrothes, at 7.40am on Friday, May 6.

Firefighters got the blaze under control quickly, with an ambulance on scene too