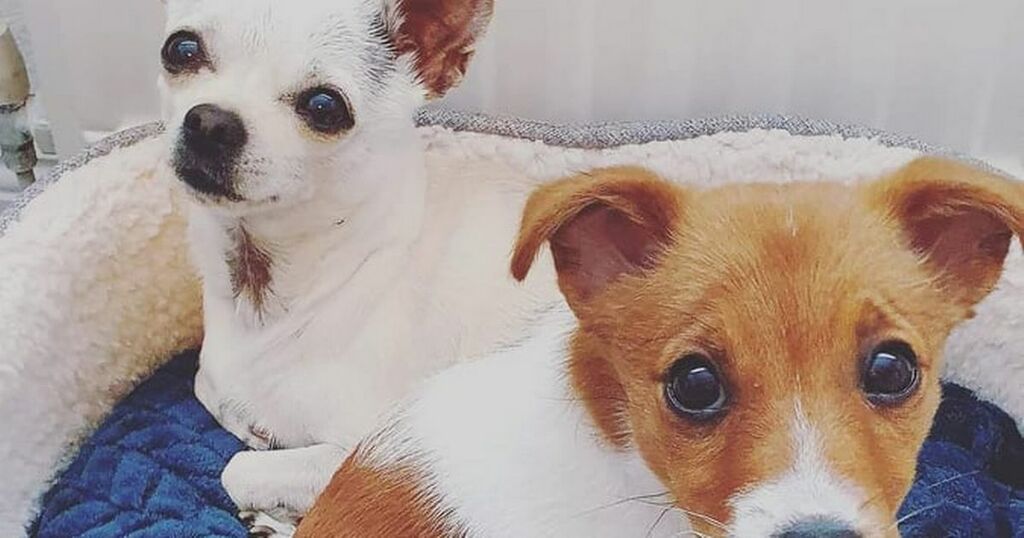 A Scots owner has been left 'traumatised' after his tiny chihuahua was savaged by three dogs while on a walk.

Kevin Skilling's boyfriend had been walking their three-year-old chihuahua Luna and five-month-old Jack Russel Dash at Newfarm Loch in Kilmarnock at around 3:30pm on Tuesday when the incident happened.

Within seconds, the dog's daily walk was turned into a living nightmare after three dogs - believed to be bullmastiffs - pounced on the trio.

Speaking to the Daily Record, Kevin said: "As my partner was walking up, three large bullmastiffs came out of the field and went to attack my little Jack Russel.

"The dogs had jumped into my partner's arms and he managed to push Dash over a fence into an old school. But, as that's happened, one of the dogs grabbed my chihuahua by the back legs and ripped her out of his arms and dragged her across the street.

"My partner was trying to distract the dogs and Luna managed to get under a car to get away from them.

"As all that was going on, my partner was trying to scare the dog off and one of the owners came out to try and get them under control. But he never had any equipment with him and there were three big dogs, so it wasn't really helping the situation."

Kevin, who works for the government, was alerted to the attack when two local youngsters turned up at his door with Dash.

After trying to phone his partner, he went to investigate.

“I tried to phone my partner and I knew something was wrong. I went round to where I knew he’d be walking the dogs and there was screaming and neighbours were outside.

“I was trying to get information, thinking it was my partner that had been attacked. Then I saw him and he was holding Luna and they were both covered in blood.

“We straight to my auntie’s house in Livingstone Court just to get to safety.

“He was just so terrified they’d killed her because of the state she was in", he said.

The three-pound chihuahua, who was 'in shock', was losing blood from multiple bite wounds to her body.

A neighbour rushed Kevin and Luna to their vets who carried out an initial assessment.

Kevin added: "They could see surface wounds but didn't initially know how deep they were.

"They also thought she had broken a leg because she wouldn't put any weight on it.

"The vet has said she is very lucky to be alive considering she was attacked by three large dogs."

Little Luna was taken to an overnight vet for further investigations.

X-rays revealed she hadn't broken her leg but that the dogs had pierced her abdominal tract and crushed her uterus.

The three-year-old pup underwent surgery on Tuesday night to clear out contamination and ensure no other vital organs had been damaged.

Vets have also told Kevin that his beloved dog will have to have her uterus removed at a later date.

Kevin's partner also needed a tetanus injection at hospital and has been given a round of antibiotics for bites to his hands sustained during the horrifying incident.

The 28-year-old continued: "I want to spread awareness, it's my wee dog, this incident shouldn’t have happened.

"I think it has been an accident but that accident has resulted in me having to fork out over £3,000 in vet bills and that’s just the start of.

"Fortunately, she is insured but it is going to be lifelong, the vet has said she'll need checks up and she’s going to need more surgery."

Kevin has been left with a newfound fear of dogs after the attack and is heartbroken by the impact it will have on Luna and Dash.

He added: "It's just me and my partner, the dogs are basically like our children and we treat them like that. So, it was so upsetting and my partner is very traumatised by it all.

"We’ve got Dash here but we don’t even want to leave our house. He's petrified to even leave the front door and we don't want another situation like that.

"We're going to have to come up with a plan to get the dogs back out."

Kevin and his partner had never seen the dogs that attacked them before but believe they had escaped from a house.

He added: "It's tragic it's happened to my dog but can you imagine that happened to a five-year-old child and those dogs were out there unattended?

"And the way those dogs were attacking my partner, if they had got him in the face or the throat, he could be seriously injured, or even worse, he could be dead."

Police have confirmed they enquiries into the incident remain ongoing.

A Police Scotland spokesperson said: “We received report of a dog having been attacked by three other dogs on Livingstone Court in Kilmarnock around 3.25pm on Tuesday, 12 October, 2021. Enquiries into the incident are ongoing.”