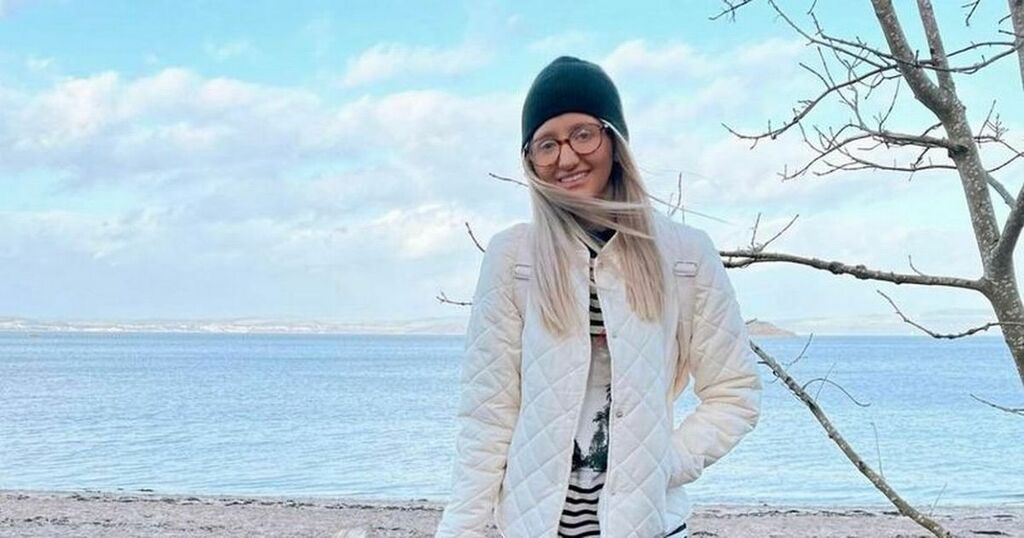 A Scots mum has hit out at 'partying' Downing Street officials after she was forced to keep her newborn baby away from family as she followed strict Covid rules.

Iona Sarah gave birth to her first daughter, Piper, now almost two, on March 13 2020 - as the coronavirus restrictions began to kick in and says as a result she spent months "with no support" and "no regular health check" for her baby.

The 22-year-old says, like millions of others, her whole experience of becoming a mum for the first time was marred by the draconian measures set by the UK and Scottish Government and is now furious to learn that some people in Government were allegedly breaking the rules themselves.

She told EdinburghLive : "When the news came out about the Number 10 parties I genuinely couldn’t believe it, but could on the same hand. With all the scandals and news coming out recently I wasn’t shocked to hear that had went on. In all honesty it is an absolute disgrace.

"I now look back at the months and months on end I spent at home with a newborn as a new young mum, upset because I had no support or my baby wasn’t getting any regular health checks post birth, all we had to miss out on and think it was a huge waste of time.

"Valuable time and valuable life changing moments that we will never ever get back like our family meeting our baby were taken away from us while they were living it up having drinks.

"I feel like they have a lot to answer to, but once again instead of holding their hands up and admitting wrong they expect us to believe the whole thing was a misunderstanding.

"It is a complete disgrace and every single person who attended including the Prime Minister should resign."

When she went into labour, Iona was allowed only one person in the hospital with her and the UK's national lockdown started days later.

The mum-of-one's daughter is now almost two-years-old, but Iona is still angry about all the moments her family missed out on.

She said: "I had Piper on the Friday and we went into lockdown on the Monday. The evening I went into labour the hospital decided to change the rules to allow only one person in with you when going into labour.

"I actually didn’t believe the whole thing was actually happening on the lead up! I thought I was just a fake news kind of story. The change of rules also meant I wasn’t allowed any visitors after she was born in the hospital apart from my daughters dad who was allowed in for a short while to take us home.

"Over that weekend we had a handful of visitors meeting Piper and had planned for other family and friends to meet her in the coming weeks so we could take it easy over that weekend to adjust to becoming a family of three.

"My dad was out of the country at the time and by the time he got back on the Tuesday we were already in lockdown so completely missed the opportunity to meet and hold his first granddaughter. This didn’t happen until she was months old.

The heartbroken mum continued: "To be completely honest, like any pregnancy but especially your first you dream about what that experience was going to be like, having an abundance of family and friends visiting your home with gifts, warm advice and support and allowing us to show off our precious little baby we’d been brewing nine months prior.

"I also feel my daughter has had to miss hugely due to all of this. She completely missed out on bonding and getting to know even immediate family for the first part of her life and socialising with other children.

"If lockdown didn’t happen we would’ve been at baby classes and soft plays regularly where Piper would not only benefit but I would too. By being able to meet other mums in the same situation and just to talk to them! This didn’t happen until Piper was over a year old.

"On a health note I also feel like babies and toddlers have missed out on building up their immune systems by being exposed to mild illness’ from classes and soft plays they’d usually attend.

"But now I personally feel when Piper does pick up even a mild cold it is really taking her body a lot to fight it off because her body’s not had very much exposure to illnesses due to the lack of socialising. I feel like children have sacrificed their immunity to everyday bugs, so a lot of children are getting unwell and struggling to fight it off that well."

Boris Johnson has admitted he attended a garden gathering at Number 10, which more than 100 were invited to, but during an apology in the House of Commons this week, he said it was simply a 'work meeting' to thank staff and he only attended for 25 minutes.

The Government faces fresh claims of more partying during lockdown today as it emerged that two gatherings allegedly took place on the eve of Prince Phillip's funeral when the world watched the Queen being forced to sit alone during the service.