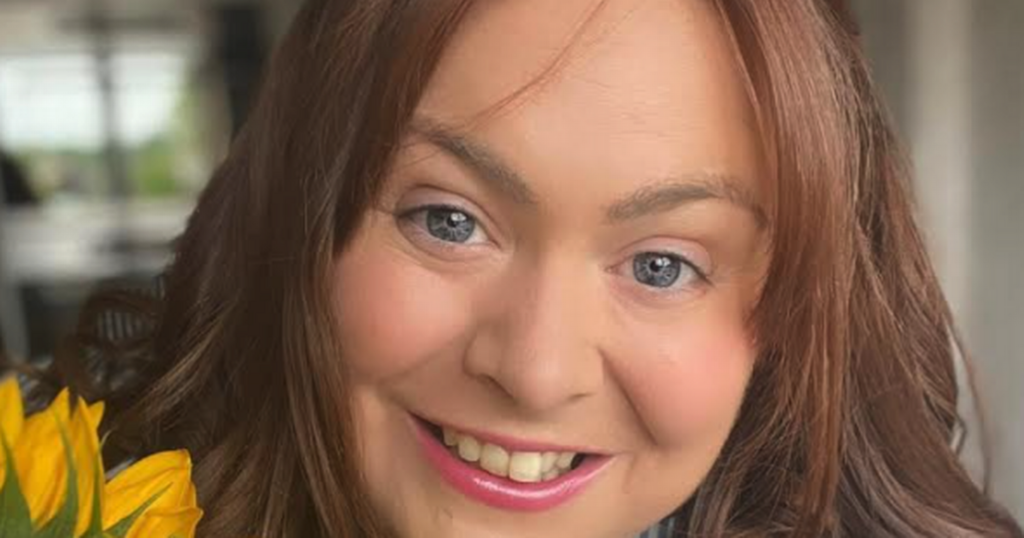 A Scots mum has spoken of 'still living with a death sentence' after she was diagnosed with incurable cancer.

Lisa Fleming, 38, had been enjoying life on holiday at Center Parcs just a week before she was given a diagnosis that would shatter her life forever.

The mum -of-one, from Edinburgh, began experiencing excruciating pain all over her body, which began in her back and eventually left one arm 'almost paralysed'.

Worries over the he growing pain pushed Lisa to have her symptoms investigated further.

After tests were carried out at Edinburgh's Western General Hospital the then 33-year-old was given the heartbreaking news that she had primary breast cancer on May 29 2017.

Just two days later a full body scan revealed Lisa's diagnosis was in fact stage four secondary breast cancer, as it had spread to other parts of her body.

Medics had found cancer in every bone in her body, including her skull, before telling her and her family that is was incurable.

"It's been a battle to stay alive. There's been real ups and down. I’ve had periods of what we call stability, which is when the cancer is asleep.

"But it’s never going to go away and there's times when the cancer is active, like when it spread to my brain - I really thought that was it.

"I didn't even know what secondary breast cancer was at that point."

Lisa was then shocked to discover the reason she'd been experiencing pain was that the cancer had broken a bone in her neck and spine.

Doctors found she was also missing a vertebrae in her neck.

At 33, Lisa had to undergo two major surgeries on her neck and spine before starting cancer treatment.

She spent a month in hospital recovering from the operations and had to learn to walk again.

The mum began her first round of grueling chemotherapy in August 2017 - just as her son, Cameron, was starting school.

But by January 2018 Lisa was faced with another blow when doctors told her the cancer had spread to her brain.

To date, Lisa has undergone a massive 13 surgeries. This has included two open brain surgeries, surgery on her breasts and she also had her ovaries removed.

Lisa still takes chemotherapy tablets daily and has frequent visits to the hospital.

She added: "There’s not a day that goes by without me thinking about dying and it scares me. You can be at something like a school play and you think how many more of these am I going to see?

"The mental toll cancer takes is huge, at times it's harder than the physical side.

"I think my family still struggle to process that I’ve got an incurable diagnosis. For my husband and I, it has been a rollercoaster and that puts pressure on even the strongest of relationships.

"We have that added pressure of being a mummy having cancer and that’s something that no child should ever have to go through.

"We just try and live life the best we can."

The brave mum is now determined to raise awareness and educate women and others about the little-known signs of secondary breast cancer.

Lisa launched her own charity Make 2nds Count a year on from her own cancer diagnosis, in May 2018.

She added: "I’m still grieving for my old life but it's important that other people could be saved if the signs are picked up.

"I was trying to navigate this disease that no one talks about and that was the catalyst for Make 2nds Count.

"I had a lot of time on my hands and realised there was very little out there on secondary breast cancer and I started reading more and more about research because I was clinging on to hope that I wasn’t going to die.

"I quickly realised we need to start fundraising for research.

"The signs and symptoms of secondary cancer are really different from primary cancer. It can be things like headaches, vision issues and breathing problems.

"We desperately need people to be aware of this forgotten form of breast cancer. We need to change the narrative, raise awareness of the signs and symptoms of this disease and in turn save lives.”

You can donate to Make 2nds Count here.