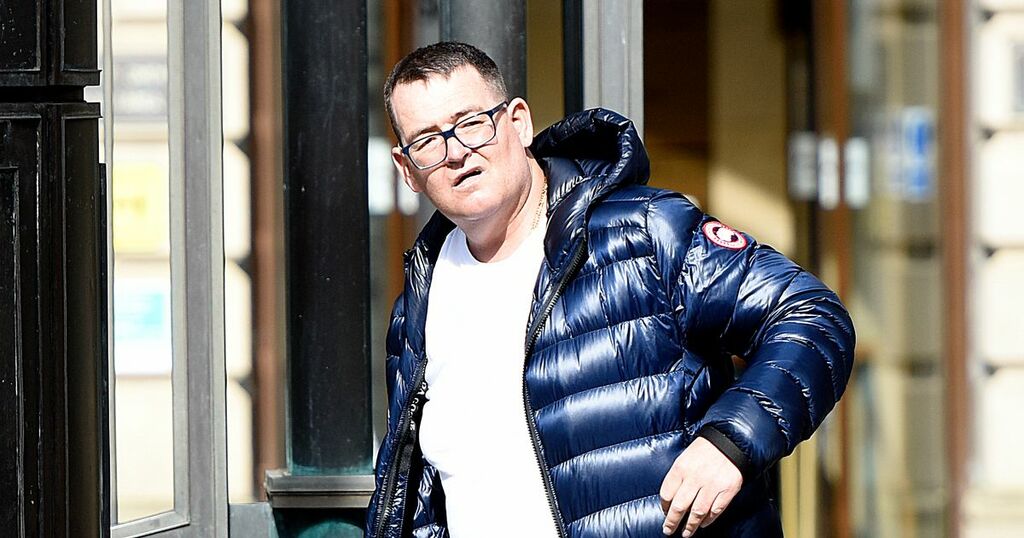 An angry motorist assaulted a lollipop man helping school kids across the road by driving his car into him.

John Clark became enraged after waiting in a queue of traffic and struck victim John Sproul with his Volkswagen Golf.

The lollipop man, who was in hi-vis gear, ended up sitting on the vehicle’s bonnet and was driven two metres along the street.

The incident happened as he made sure children crossed safely next to Tollcross Primary School in Edinburgh.

Clark, 50, appeared at the city’s sheriff court on Wednesday and admitted assaulting John by driving towards him and striking him with his car.

Fiscal depute Emma Laing said the lollipop man had been “conducting traffic” at around 8.30am on Ponton Street.

Ms Laing said John became aware of someone in the queue sounding their car horn and believed it came from a VW Golf.

The court heard John let some vehicles through then stopped the queue again when the Golf, driven by Clark, was in front.

Ms Laing said Clark shouted at John: “Who are you? A f***ing lollipop man?”

She said the Golf’s engine was revved and it “inched forwards” towards John.

The court heard Clark then stated: “If he doesn’t move, I’ll just run him over.”

Ms Laing said the Golf moved forward and it resulted in the lollipop man “being lifted onto the car bonnet in a seated position for approximately two metres”.

She said Clark then stopped the Golf and there was a “verbal disagreement” between him and John before he drove off.

Defence agent Nigel Bruce said someone in the traffic queue had tooted their horn but it wasn’t his client even though the lollipop man thought it was.

Mr Bruce said it was “not a coincidence” that the traffic was halted when Clark was in front.

The solicitor said Clark asked if John was a lollipop man and John had replied: “No. I’m a traffic management operative.”

The Golf “inched forward”, Mr Bruce said, and John ended up seated on the vehicle and wasn’t injured in the incident on September 7 last year.

Mr Bruce said Clark suffered from a serious kidney condition, which required dialysis three times a week, and was on the transplant list.

The court was told Clark, who is on benefits, had no previous convictions for assaults but was involved in drugs in the late 1990s.

Sheriff Adrian Fraser deferred sentence on Clark, of the city’s Little France area, until next month for reports.