A family has been left with absolutely nothing after their house was completely destroyed in a devastating caravan fire.

Andrea Loughrey, 51, and husband John, 53, say they are "still in shock" after their home in Kilmux Park in the village of Kennoway, Fife, was burnt out on Friday evening.

Fire crews were called to the property after the blaze spread from a neighbour's caravan at around 5pm.

At the height of the incident, six fire engines were in attendance, with water being pumped overhead onto the house.

Despite efforts to contain the inferno, within 20 minutes, it had destroyed everything in its wake, including clothes, furniture, baby photos and the couple's collection of keepsakes from all across the world.

The fire also caused the roof to cave in.

The only thing the couple managed to retrieve from the house that they had lived in for 19 years was Andrea's wedding ring, her late mum's engagement ring, the couple's passports and Andrea's mum and dad's ashes.

The couple say everything else was unsalvageable.

Andrea, an autism practitioner, told the Record: "I keep thinking of everything we've lost - how will we ever get that back?

"People say it's bricks and mortar but it was our home. It was absolutely everything to us."

Andrea and John had just arrived in Edinburgh for a shopping trip when they received a phone call from their daughter, Zara, 20, telling them that their neighbour's caravan had caught fire.

The pair raced home but by the time they arrived, around an hour and a half later, a number of fire units were on scene, and the house was unrecognisable after the fire had spread.

Luckily, Zara, who was in the house when tragedy struck, managed to escape thanks to a quick thinking neighbour, who alerted her to the mounting danger, along with the family's three dogs and cat.

Heartbreakingly, Zara's silver cross dolls pram that she loved as a child was ruined in the blaze - something Andrea had hoped to give to her future granddaughter one day.

The family had also just finished a complete refurb of the kitchen and living room.

Andrea said: "Our neighbour ran to the door to tell Zara that next door's caravan was on fire and she needed to get out.

"By the time the neighbour got from her house two doors up to our house, she said you could feel the heat. It was like an inferno.

"Within twenty minutes to half an hour, the whole house was destroyed. It just went up."

She added: "We loved the house, that's what all our money went into. We had done the living room up, too. We got a new couch, new tiled floors, new units, new everything.

"I just can't believe all those years of building a house and in the space of a few minutes, it's gone.

"I keep going through every room in my head thinking oh my god, we've just bought this and that.

"That's when it hits you and you get upset. I keep thinking, how will I ever be able to function again?"

The distraught couple say they are now in limbo as they wait to hear what happens next in terms of accommodation and insurance - but their understanding is that the whole house will have to be demolished.

In the meantime, they are staying with their friend, and have been comforted by acts of generosity from the local community, who have donated food, clothes and money to a GoFundMe page.

The fundraiser has so far reached an incredible £1,400 in just three days.

Andrea added: "I'll never forget the kindness that people have shown us.

"I'd like to thank them and Kennoway Star Hearts Football Club who raised £430 for us.

"Having to phone my 23-year-old son, who lives in Edinburgh, and tell him his house has burned down, it's something that you never think in a million years you'll need to do.

"If our neighbour hadn't come to the door that night, things could have been very different and my daughter might not have been so lucky." 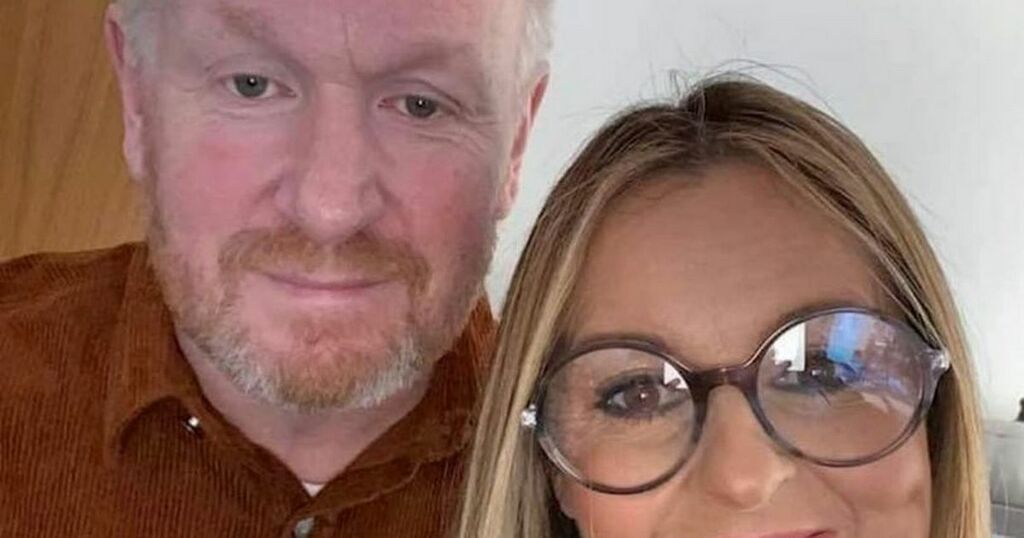 Scottish family left with 'absolutely nothing' after devastating fire destroys their home
Fire crews raced to the scene of the blaze at around 5pm on Friday, the fire in the village of…

Mercy crews rushed to the blaze in the village of Kennoway, Fife last night which 'gutted' one property and a…

The property in Kennoway, Fife, was completely burnt out and another house damaged on Friday after the blaze took hold…